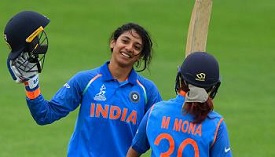 With 669 runs in 12 matches, the 22-year-old Mandhana finished as the highest scorer in ODIs in 2018. She scored seven half-centuries and one hundred in this year. New Zealand’s Sophie Devine announced as the runner-up for the ODI Player of the Year. 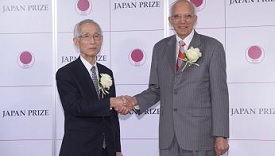 India born, Dr. Rattan Lal, who is a distinguished University Professor of Soil Science at The Ohio State University in Columbus, Ohio, U.S.A. has been honored with Japan Prize 2019. He has been given this award for his work in identifying technological options adapted to various ecosystems through his intensive basic and applied research on processes and factors of soil degradation.

The soil degradation, that he found, is caused by inappropriate biological production. Therefore, Dr. Rattan was recommended for his commendable agricultural practices, which reduce risks of soil degradation.

Indian Cricket Team Captain, Virat Kohli, has become the first player in the world who has won all the top three ICC Awards of 2018. Mr. Kohli has made several records in the year 2018-19.

Bhartiya Janta Party (BJP) leader and member of parliament (MP) Anurag Thakur became the first BJP leader to honored with the Sansad Ratna Award. The award is given to him on January 19, 2019 for his distinguished performance as a parliamentarian.

The Sansad Ratna Award was set up on the suggestion of former President of India, Dr. APJ Abdul Kalam in 2010. Dr. Kalam himself launched the first edition of the award in May 2010. 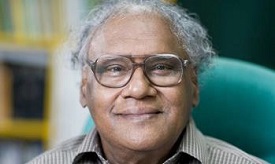 Eminent Scientist and Bharat Ratna recipient, CNR Rao has been nominated by the Centre for Advanced Materials of the United Arab Emirates (UAE) for the first Sheikh Saud International Prize, 2019. He has been chosen for this award for his work namely Materials Research.

The award will be presented to Rao during the International Workshop on Advanced Materials, which will be held in Ras Al Khaima, UAE on February 25, 2019.

She is nominated for this award for her comeback and winning the Asian Games Gold medal. She suffered an injury during the quarterfinal of 50 kg freestyle wrestling event at the 2016 Olympic Games.

Goodwill ambassador of World Health Organization (WHO), Yohei Sasakawa, has been honored with the Gandhi Peace Prize for 2018. He has been given this award on January 17, 2019. The award is given for his work of Leprosy Elimination.

This award is presented to him in recognition of his work towards the eradication of the disease in India as well as across the world. 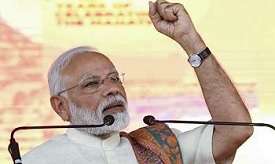 Prime Minister of India, Mr. Narendra Modi, has become the first recipient of the prestigious ‘Philip Kotler presidential award.’ He received the award on January 14, 2019 in New Delhi.

As per a report from the Prime Minister’s Office (PMO)- “The award focuses on the triple (‘P’) bottom-line of ‘People, Profit and Planet.’ From now onwards, this will be offered annually to the distinguished leader of a nation". 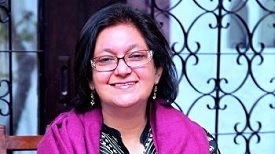 Noted author Namita Gokhale won the Sushila Devi Literature Award for her novel "Things to Leave Behind" in the Best Book of Fiction category. She received the award at Bhopal Literature and Art Festival (BLF) on January 12, 2019.

Ms. Gokhale is the author of sixteen books in which nine books are work of fiction such as ‘Paro’, ‘Lost in Time’, ‘Priya’, ‘The Puffin Mahabharata’ etc. 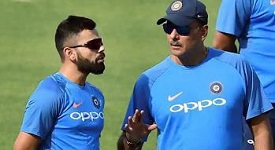 In the world’s cricket history, only iconic international players like Sachin Tendulkar of India and Brain Lara of West Indies have been given honorary membership of Sydney Cricket Ground(SCG) but now two more Indian cricketers have been honored. 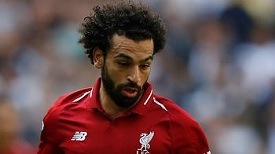 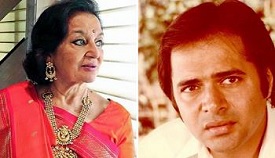 Veterans Asha Parekh and Late Farooq Sheikh were honored by the Bimal Roy Memorial and Film Society to commemorate the 52nd death anniversary of the renowned filmmaker, Bimal Roy on January 8, 2019.

The organization, Bimal Roy Memorial and Film Society was established 22 years ago in memory of the late filmmaker ‘Bimal Roy’. Its main aim is to reward unpraised heroes of the Indian film industry.

Department of Water Resources (WR) was honored with the highly prestigious ‘Central Board of Irrigation and Power (CBIP) Award’ for 2019 on January 4. The award is given for its planning, implementation and monitoring of the Polavaram project located on the Godavari River for the category of water resources.

This award is presented to them for the completion of about 55.12 percent of this multi river valley project. As of now, it is one of the largest projects of the country. While executing this project, the department also faced several challenges in the excavation and concrete work for spill channel, spillway and the construction of the earth-cum-rock-filled (ECRF), etc.

Indian Council for Child Welfare (ICCW) has selected Wahengbam Lamnganba, a 15 years old boy for National Bravery Award. Wahengbam is a native of Bishnupur district in Manipur. He has been selected for this award for saving his two and half years old cousin from drowning in a pond on May 16, 2018. 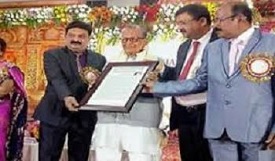 On the occasion of the 53rd foundation day ceremony of Berhampur university, Odisha; Notable English and Odia writer, Prof. Manoj Das was awarded with ‘Kabi Samrat Upendra Bhanja National Award.’ The Lifetime Achievement is given to him for his distinguished contribution in the field of Literature.

He has also been awarded with other eminent awards such as Saraswati Samman in the year 2000 and the fourth highest Civilian Award, Padma Shri in 2001 for his great contribution in the field of Literature and Education. 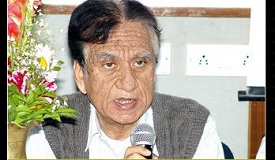 IIT professor Jayanta Kumar Ghosh has been honored with Life time achievement award namely ‘National Geospatial Award for excellence’ on January 1, 2019. The award is given for his work in the field of Geo-Spatial Science by The Indian Society for Remote Sensing.

The award comprises a citation, a medal and Rs 1 lakh. Ghosh is a professor of Indian Institute of Technology in Roorkee, Uttarakhand. According to Ghosh, the award is an acknowledgement of his scientific contribution. 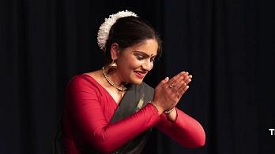 Anindita Neogy Anaam is a US based Kathak dancer, recently honored by the award ‘National Nritya Shiromani.’ She has been honored for promoting and encouraging different dance forms all over the world.

The award was given to her in Cuttack on the occasion of 10th Cuttack Mahostsav (festival) on January 2, 2019. Anindita also showed her talent as a Kathak dancer in the opening ceremony of this annual festival.

Besides, Anindita has also been honored with other national awards such as Jayadev Rashtriya Puraskar and Bidagdha Nartaki Samman for her great contribution in upbringing Indian Art in India as well as across the world. 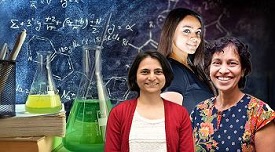