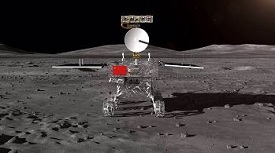 China National Space Administration (CNSA) announced the new name of its new moon rover as “Yutu-2” or Jade Rabbit-2. As per the Chinese folklore, Yutu is the name of white pet rabbit of Chang’e. Chang’e is the moon goddess who lent her name to the Chinese lunar mission.

According to the CNSA, Yutu is a symbol of kindness, purity, and agility, and is identical to the moon rover in both sense – outlook and connotation. Besides, it also reflects China's peaceful use of space. As per the Chinese story, Chang’s, after swallowing a magic pill, took her pet and flew to the moon where she became a goddess and lived with the white jade rabbit since. 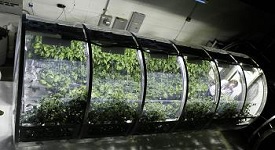 Scientists of the International Space Station (ISS) are planning to grow beans in space in 2021. The beans will be planted in high-tech planters, developed by the Norwegian University of Science and Technology (NTNU).

In an experiment, three years ago, ICC crew members already have grown lettuce in space. As per the plants’ requirement, the planters will provide all the water, nutrients, gas, and air. The food, which will be grown in space will have the potential to sustain the crew members in future deep space missions.

In addition to this, the European Space Agency is planning to build a lunar base by the year 2030 as a stopover on the way to Mars. On the other hand, NASA is planning to fly directly to the planet with a target landing date of 2030. 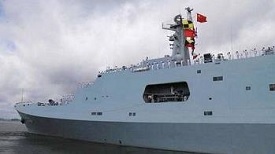 Chinese scientists have invented an advance and compact size maritime radar. This radar can monitor and keep constant surveillance over an area of the size of India.

The indigenously developed advanced radar will make the Chinese capable to extensively cover Chinese seas and spot incoming threats from the enemy ships, aircraft, and other missile systems. 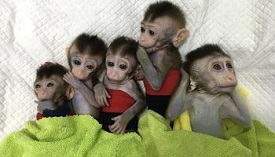 In an experiment, Chinese scientists have cloned five monkeys after editing the genes. The scientists edited genes to induce several human diseases such as Alzheimer's with the objective that it will help in medical research. The scientists claimed that the cloned monkeys, closer to human in physiology, make better models for research on disease pathogenesis and potential therapeutic treatments.

The cloned monkeys were born at Institute of Neuroscience of Chinese Academy of Sciences located in Shanghai, the financial capital of China. It is the first experiment of its type where multiple clones have been made from a gene-edited monkey to help in biomedical research.