Sweden now ranks first according to the Climate Change Performance Index (CCPI) 2019 report. In the list, Morocco, the North-east country of Africa secured the second rank and East European country Lithuania is placed at the third rank. In this list, India is placed at the eighth position. On the contrary, top two bottom countries in the list are – Saudi Arabia (the last ranker) and the United States (the second last ranker.

CCPI 2019 evaluated the climate protection performance of 60 countries, which are responsible for more than 90% of global energy-related CO2 emissions.

What is Climate Change Performance Index?

The Climate Change Performance Index or simply CCPI is an instrument, which is designed to enhance transparency in international climate politics. The major objective of this instrument is to put social and political pressure on the countries, which have failed to take proactive steps towards climate conservation. Besides, it also encourages (by highlighting) the countries, which have been performing well towards climate conservation.

Based on environment conservation exercise, CCPI prepares Climate Change Performance Index. Under this Index, the listed countries are ranked based on their aggregate performance, which is measured on 14 indicators given within the following four categories −

The CCPI 2019 report illustrates major regional differences in reference to climate protection and performance within the 56 and evaluated countries and European Union. 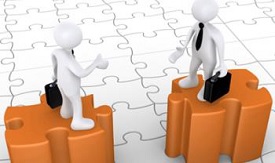 As per a recent report prepared by the World Bank and the Department of Industrial Policy and Promotion (DIPP), Andhra Pradesh topped the list among all states and union territories in reference to ‘ease of doing business’ ranking. Andhra Pradesh scored 98.42 percent.

In the list, Telangana was placed at the second rank; however, last year, Andhra Pradesh and Telangana jointly had topped the list. The parameters for preparing such ranking list are construction permit, labor regulation, environmental registration, access to information, land availability, and single window system.

3 - Among Most Innovative Countries, India Ranked 54

As per the 2019 innovative Index report published by Bloomberg, India is ranked at 54th position in the list of world’s most innovative countries. To prepare the Bloomberg annual innovation index, the researchers analyze dozens of criteria using seven metrics such as research and development spending, manufacturing capability and concentration of high-tech public companies.

In the beginning, Bloomberg included more than 200 economies; however, majority of nations did not share information for at least six categories, therefore, the list trimmed down to 95. Based on certain criteria, each country is scored.

The report mentioned that the biggest challenge in India, is to improve its ability to attract and retain talent. Besides, India also needs to address the poor levels of Internal Openness when it comes to weak gender equality and low tolerances towards minorities and immigrants. On the other hand, in the top ten list, only two non-European countries (the United States and Singapore) secured their positions.