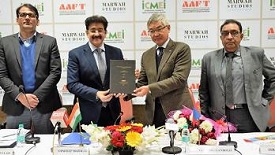 With the objective to promote art and culture, the Embassy of Mongolia and International Chamber of Media and Entertainment Industry (ICMEI) signed a Memorandum of Understanding (MoU). 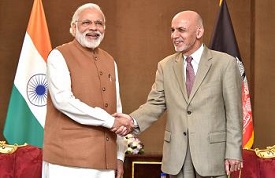 Amid the prevailing crisis in Afghanistan, India has signed 11 Memorandums of Understanding with the Afghan Government. The projects covered under these are worth 9.5 USD million.

The projects involved under the agreement will involve the construction of health clinics, orphanages, classrooms, and canal protection walls. Besides, the agreements will also help empower women by providing them with economic opportunities. The projects will cater to seven provinces of Afghanistan – Ghor, Balkh, Kapisa, Badghhis, Bamyan, Kabul, and Herat. 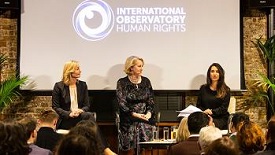 With the objective to deliver hidden stories ignored by mainstream media into people’s living rooms, world’s first dedicated television channel has been launched in London, UK. The topics covered by the channel will include refugees, women’s rights, LBGT issues, extremism, incarceration of journalists, and the plight of the world’s stateless people.

As per the report of the International Observatory of Human Rights (IOHR), the web-based channel is designed to bring human rights issues to audiences in more than 20 countries across, Latin America, Europe, and the Middle East.