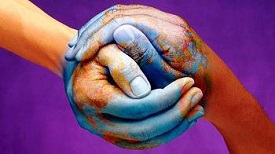 Celebrated on every January 1 (especially) in the United States as a global day of peace and sharing, is actually the inspiration taken from the United Nations Millennium celebration, "One Day In Peace."

It is the day people unite and encourage others’ peace. They also promote an idea – the Earth is a Global Family; therefore, we should make it peaceful and a better place where everyone can live with dignity. 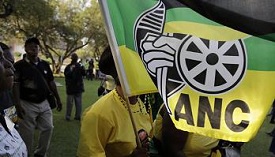 January 8 of every year is celebrated as the African National Congress Foundation Day. The statement of this year celebration was “The Year of United Action to Grow South Africa.”

January 8, 1912 was when John Langalibalele Dube founded the African National Congress in Bloemfontein as the South African Native National Congress (SANNC). The primary mission was to give voting rights to black and mixed-race Africans; however, from the 1940s, the mission transformed to end the apartheid. 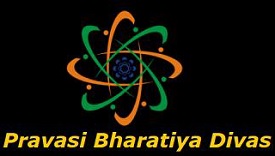 January 9 of every year is celebrated as the Pravasi Bharatiya Divas (PBD). It is celebrated to mark the contribution of Overseas Indian community in the development of India.

January 9 was chosen to celebrate as the ‘Pravasi Bharatiya Divas’ day because it was the day on which Mahatma Gandhi returned to India from South Africa. Gandhiji had returned from South Africa on January 9, 1915.

At this event, individuals of exceptional merit are honored with the prestigious “Pravasi Bharatiya Samman Award” and appreciated for their role in India’s growth. In addition to this, this celebration also provides a forum for discussing the key issues related to the Indian Diaspora.

January 12 of every year is celebrated as National Youth Day in schools and colleges across India. The day marks the birth of Swami Vivekananda.

In 1984, the Government of India decided to celebrate January 12 the birthday of great Swami Vivekananda as the National Youth Day every year.

In 1942, K M Cariappa became the first Indian Army Officer to command a unit. In addition to this, Army Day marks a day to salute the valiant soldiers who sacrificed their lives to protect the country. 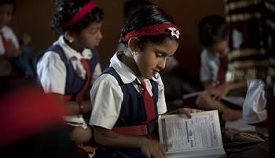 January 24 of every year is celebrated as the ‘National Girl Child Day’ with the objective to provide support and new opportunities to the girls in the country. Besides, it is celebrated to increase awareness among people about all the inequalities and other problems faced by the girl child in the country.

National girl child day aims at the development of girls by the Government of India. The theme of 2019 was “Empowering Girls for a Brighter Tomorrow.” 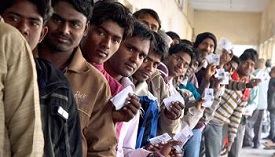 January 25 of every year is celebrated as the ‘National Voters’ Day’ with the objective to encourage more young voters to take part in the political process. This celebration has been started from January 25, 2011 to mark Commission's foundation day.

Furthermore, as per the data, the youngsters who have attended the age 18, were not much interested in casting their votes; therefore, to motivate the youth and make them aware of the importance of their roles in governance, such celebration has been started. 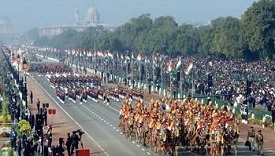 January 26 of every year is celebrated as the ‘Republic Day;’ this was the day on which the Constitution of India came into effect (i.e. on 26 January 1950). As result of this the Government of India Act (1935) was replaced with the governing document of India.

On November 26, 1949, the Constitution of India was adopted by the Indian Constituent Assembly; and, on January 26, 1950, it came into effect.

January 26 was chosen as the Republic day because it was the date on which (i.e. January 26, 1930) Indian Independence (Purna Swaraj) was proclaimed by the Indian National Congress in the opposition to the Dominion Status offered by British Regime.

January 30 of every year is celebrated as ‘Martyrs Day or Shaheed Diwas’ in the memory of Mahatma Gandhi. It is also known as Sarvodaya day. January 30 was chosen as it marks the assassination of Mahatma Gandhi in the year 1948, by Nathuram Godse.

On Martyr’s Day the president, the vice-president, the prime minister, the defence minister, and the three Service Chiefs gather at the samadhi at Raj Ghat memorial and lay wreaths of different-coloured flowers. 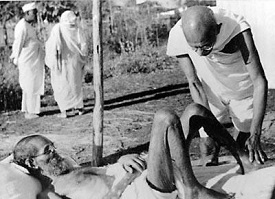 January 30 of every year is celebrated as the ‘World Leprosy Eradication Day’ internationally. The objective is to increase public awareness of Leprosy or Hansen's Disease.

January 30 was chosen to commemorate the death of Gandhi, the international leader of India. Mahatma Gandhi understood the severity of leprosy. Leprosy is one of the oldest recorded diseases in the world. It is an infectious chronic disease that targets the nervous system and makes person weak and handicapped.