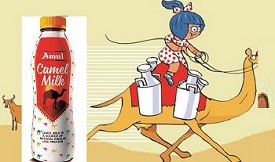 The product branded ‘Amul Camel Milk’ initially will be available in PET bottles of 500 ml, which need to be refrigerated. Its life would of 3 days. The price of each bottle will be Rs 50.

Major benefits of the camel milk (as source said) are: 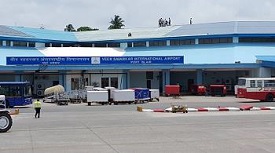 Veer Savarkar International Airport, located at Port Blair in Andaman and Nicobar Islands, has been authorized to have immigration check facility. Resultantly, it became check post for entry and exit from India for all classes of passengers with valid travel documents.

Upon deliberations with the Central Government, the local administration (of Andaman and Nicobar) started taking various measures to facilitate better connectivity. In a follow-up of events, Veer Savarkar Airport is now open for direct international flights and immigration facilities. 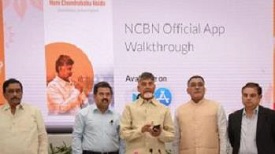 N Chandrababu Naidu, the Chief Minister of Andhra Pradesh, launched a mobile app to help people. The app will provide real-time news updates and act as a platform for local people to interact with the government.

The app named ‘NCBN’ is made available for Android and Apple phones. With the help of this app, people can file complaints and can give suggestions to the government. Besides, some of the significant speech of Mr. Chandrababu Naidu (Chief Minister) will also be available through this application. 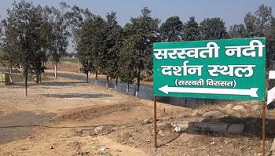 Haryana Saraswati Heritage Development Board (HSHDB) met Manohar Lal Khattar, the Chief Minister of Haryana. The CM approved 11 projects aimed at the resurrection of the Saraswati river. Under the project, the authority will revive the mythical river Saraswati to find the regular flow of fresh water into it.

Biplab Deb, the Chief Minister of Tripura approved a proposal of Rs 8389.71 crore to implement different projects for the development of tribal people. The funds are expected to pour in from the Centre.

In reference to this project, in 2018, the Ministry of Home Affairs, constituted a committee of senior officials from different ministries and the state government. The

committee is assigned to recommend an action plan and come up with strategies to address specific problems. As the Tribal Welfare minister Mr. Mevar Kr Jamatia said that the committee had prepared its report and highlighted the demands raised by the stakeholders and organizations and sent it to the state government.

The National Green Tribunal (NGT) slapped a fine of Rs 100 crore on the Meghalaya Government, as it failed to control the illegal coal mining in the state. A majority of the mines located in the northeastern part of the state were operating without an official lease or license.

There were about 24,000 mines in the state and majority of them were operating illegally. Senior advocate Raj Panjawani confirmed that the aforesaid fine has to be deposited to the Central Pollution Control Board within two months.

Road Transport Minister, Nitin Gadkari, unveiled projects worth Rs 5,300 crore in Jodhpur, Rajasthan. Further, he laid the foundation stone for six road projects. At the event, Mr. Gadkari said that while constructing the roads with concrete, the focus is given on quality and claimed that these roads will not have any potholes for the next 150 - 200 years.

Furthermore, Mr. Gadkari said that emphasis will always be given to the quality of work, reduction of cost, and timely completion of projects. Besides, he also emphasized on the use of bio-fuel, electricity, and ethanol as an alternative to the conventional fossil fuel. 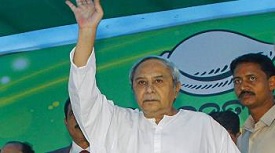 Mr. Naveen Patnaik, the Chief Minister of Odisha, announced interest-free loans of up to Rs 3 lakh for women self-help groups (WSHGs) in the state. While addressing the “Mission Shakti” convention he made the announcement.

The ‘Mission Shakti’ convention was attended by more than 50,000 women from different parts of the state. However, there are about 6 lakhs WSHGs in Odisha. In addition to this, Mr. Patnaik also distributed financial assistance of Rs 3,000 each to six lakhs WSHGs as part of the state government’s efforts to digitally empower women in the state.

The objective of women driven taxi is to strengthen safety and security for women passengers. Not only this, the women drivers will speak multiple languages and be aware of the areas in and around the city. These women will also be trained in self-defense tactics. On top of this, the service will be available round the clock.

After getting approval from the Lok Sabha, the Bill seeking 10% quota for the economically weak in general category, has also been passed by the Rajya Sabha. As the Bill becomes an Act, it will provide 10% reservation in jobs and educational institutions to all candidates of general category who come under the category of economically backward sections.

However, since the quota is increasing the total of 50%, which has already been secured for the SCs, STs, and OBCs; therefore, this reservation bill will go under the scanner of the Supreme Court. As per the Constitutional mandate, the reservation quota should not be increased the mark of 50%.

11 - Kallakurichi Is Now The 33rd District of Tamil Nadu 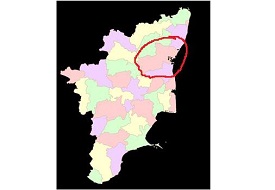 The Government of Tamil Nadu has announced the formation of a new district – Kallakurichi. The new district will be carved out by bifurcating Villupuram. Villupuram is one of the largest districts located in the eastern part of the State.

Pema Khandu, the Chief Minister of Arunachal Pradesh, inaugurated the country’s first single lane steel cable suspension bridge in Arunachal Pradesh. The length of bridge is 300 meters. The bridge is constructed on Siang river at Yingkiong in Upper Siang district of the State.

Named the Byorung Bridge, it was constructed at a cost of Rs 48.43 crores. This bridge will reduce the distance of about 40 kms from Yinkiong to Tuting. Hence, it is expected that the bridge will benefit 20,000 people on either banks of the river Siang.

Mr. Chandrababu Naidu, the Chief Minister of Andhra Pradesh, inaugurated the state’s 7th airport at Orvakallu, near Kurnool city. The new airport at Orvakallu is kept in the category of ‘3C.’ It is capable of handling turboprop aircraft such as ATR 72 and Bombardier Q-400.

The airport covers an area of 1,010 acre and it has 2000 meter runway with 4 aprons for parking of aircraft. The construction of this airport cost Rs 110 crore. At the inauguration, Mr. Naidu said that development of aviation sector is a key driver of the state’s economic growth. 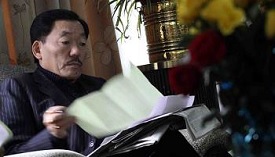 Pawan Kumar Chamling, the Chief Minister of Sikkim, launched the ‘One Family, One Job’ scheme. The objective of the scheme is to envisage jobs to one member of every family, which has no government job in the state.

In order to implement the scheme, Mr. Chamling himself handed out (temporary) appointment letters to individuals from each of the 32 Assembly constituencies in the state. The step was taken by the state at the ‘Rojgar Mela 2019’ held at the Paljor Stadium. In addition to this, Mr. Chamling also announced that 20,000 youths will be given temporary jobs immediately.

16 - The Largest Ecosystem Inaugurated in Kerala 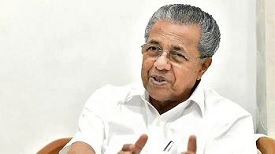 Mr. Pinarayi Vijayan, the Chief Minister of Kerala, inaugurated India’s largest startup ecosystem. With a dash of modern technology, the ecosystem is set up in Kochi, Kerala.

The ecosystem has 1.8 lakh square feet facility housing incubation infrastructure across a series of technology sectors. Likewise, under the Kerala Startup Mission (KSUM), the Integrated Start up Complex, includes the ultra-modern facilities of Maker Village. It endorses hardware startups, the BioNest that promotes medical technologies. 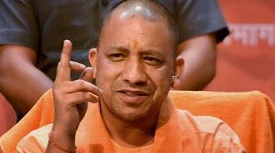 Mughalsarai tehsil is located in Chandauli district of Uttar Pradesh and it is a centuries old name. However, the new name is after the name of Bharatiya Janata Party ideologue Pandit Deen Dayal Upadhyay.

In the recent times, Uttar Pradesh witnessed several changes in the names of places such as −

Naveen Patnaik, the Chief Minister of Odisha, announced free health services to all government medical colleges and hospitals. The free medical facilities that have been given under Biju Swasthya Kalyan Yojana will be available from February 1, 2019. 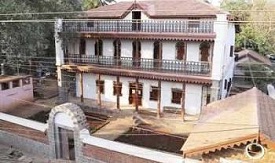 HD Kumaraswamy, the Chief Minister of Karnataka, is all set to inaugurate ‘Vivek Smarak’, the Swami Vivekananda Value Education and Cultural Centre on February 1, 2019.

The place where the memorial is constructed, is the ancestral home of Sadashiv Balakrishna Bhate. It is the place where Swami Vivekananda had stayed for three days 127 years ago (i.e. October 16-18, 1892). The heritage home is constructed of red tiles and adorned with extensive wood work.

The is transformed into a sub-centre of the Ramakrishna Mission and now will be used to train youths in “moral values and right conduct.”

With the exclusive objective to save the Big Cat population in the State, Telangana Government has announced the constitution of a “State Tiger Protection Force.” S.K. Joshi, the Chief Secretary who headed the State Forest Protection Committee, announced the decision to form the STPF.

The STPF will have 112 armed members and it will be headed by an Assistant Conservator of Forests. The task force will protect tiger population in Amarabad and Kawal Tiger Reserves. 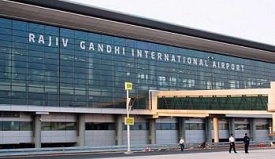 Rajiv Gandhi International Airport, Hyderabad will soon have the face recognition based terminal entry system. The authorities have stated that over the last few years, the airport has experienced robust passenger growth (more than 20% every year); therefore, it is essential to expand the services integrated with technology.

Besides, 26 new aircraft parking stands have also been commissioned for airside capacity enhancement. While considering the enhancement of services, environmental concerns are not being ignore either. Therefore, the airport has now renewed to Level 3+ carbon neutrality status. In addition to this waste recycling, composting plant and water conservation measures will also be taken care of. 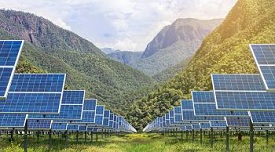 Visakhapatnam Port Trust (VPT) has now become the only major port in India driving all its energy requirement from solar energy. NOIDA-based company, Jackson Engineers Limited, which is operating the power plant in the region, has installed solar panels near the Visakhapatnam international airport with an investment of around Rs 60 Crore.

Likewise, VPT is now generating 17 million units of power per annum from its 10 MW solar power plant. Therefore, after fulfilling VPT’s requirements as well as its BOT operators such as Viskha Container Terminal, Vizag General Cargo Berth, and Essar Vizag Terminal Limited, the remaining surplus 5 million units is being sold to State.