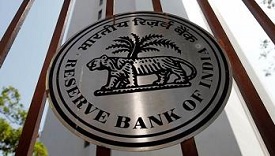 Nepal’s central monetary authority, the Nepal Rastra Bank (NRB), has consulted the Reserve Bank of India (RBI) and asked to make Indian bank bills of Rs, 200, 500, and 2000 as legal tender in Nepal.

Further, NRB asked the RBI to issue a notification under the Foreign Exchange Management Act (FEMA) with the purpose to make Indian bank notes of denomination more than Rs 100 legal tender in Nepal. Besides, NRB also asked to provide exchange facilities to get bills of such denominations.

The request comes at a time when India is releasing new currency notes (200, 500, & 2000) after demonetization. RBI has not issued any notification (for these newly circulated bank notes), which is causing illegal use of such currency in Nepal. Last month, the Nepal Government banned Indian notes, with value of more than 100 – Rs 200, 500, & 2000.

The sponsor banks of these Regional Rural Banks are National Bank for Agriculture and Rural Development (NABARD), Punjab National Bank, the Government of Punjab, State Bank of India, and Punjab and Sind Bank.

3 - An Iranian Bank Allowed to Open Branch in Mumbai 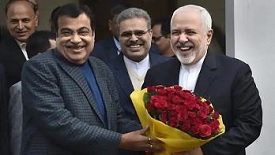 After a meeting between Iran’s Foreign Minister Md. Javad Zarif and Union Minister Mr. Nitin Gadkari, the government has granted the permission to set up an Iranian bank with its branch in Mumbai, Maharashtra.

After getting the permission, the Iranian Bank Pasargad, is all set to open its first branch in Mumbai most likely in the next three months.

The important benefit of such approval would be: 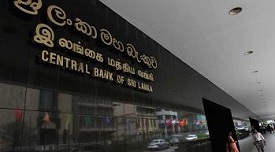 The Central Bank of Sri Lanka has confirmed that the Reserve Bank of India (RBI) has agreed to give $400 million under the scheme of swap arrangement. This amount will increase the Sri Lanka’s reserves.

Economic analysts are of the opinion that RBI's assistance will be beneficial for the Sri Lankan economy especially in a situation when the island is still recovering from a political and constitutional crisis. In the months of October and November last year, Sri Lanka suffered a political crisis, which adversely affected the economy with poor investor sentiment and foreign outflows of capital. 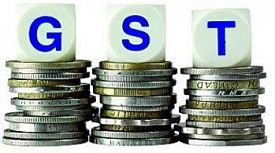 The Goods and Services Tax Council approved the doubling of the exemption threshold under the GST regime to Rs 40 lakh. Besides, it has also raised the turnover limit under composition scheme to Rs 1.5 crore from current Rs 1 crore. The new scheme will be effective from April 1, 2019.

However, states would have the option to choose between two exemption thresholds – Rs 20 lakh and Rs 40 lakh and will have to intimate their decision within a week. In addition to this, the Council permitted the State of Kerala to levy 1% disaster cess on intra-state sale of goods and services for a period of up to two years. It will help to mobilize revenues to meet the cost of rehabilitation, which were ravaged by flood last year.

The Reserve Bank of India (RBI) has slapped a penalty of INR 3 crore on Citibank (India). RBI imposed this penalty because Citibank did not comply with the directions in reference to the ‘fit-and-proper criteria’ for directors of the bank.

The US-based Citibank has already been given a ‘cautionary letter’ in July 2013 for the violations of instructions in reference to know your customer and anti-money laundering.

The Government of India has approved an additional Rs 6,084 crore at RE stage to MGNREGA. The additional amount made the total allocation to the scheme Rs 61,084 crore in 2018-19. Likewise, it became the highest ever allocation for this scheme. Such governance reforms emphasize on sustainable livelihoods.

MGNREGA stands for Mahatma Gandhi National Rural Employment Guarantee Act. It is a flagship programme under the Ministry of Rural Development. It addresses poverty in a holistic manner by diminishing the social inequalities and creating a base for sustainable & long term development. The objective of Mahatma Gandhi NREGA is to transform rural India into a more productive, equitable and connected society. 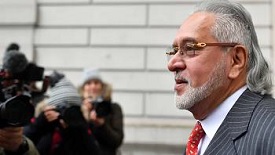 A special anti-money laundering court of Mumbai has declared Vijay Mallya as a fugitive economic offender. With this, he becomes the first tycoon to be listed as the economic offender under the new law. Such act of government will prevent financial fraud. Furthermore, such tag now will allow the government to confiscate his properties in the country.

Mr. Mallya escaped from India in March 2016 owing more than $1 billion. He had defaulted the loan payments to state-owned banks and allegedly misused the funds. The loans taken from the state-owned IDBI bank were intended to bail out his disastrous carrier Kingfisher Airlines. 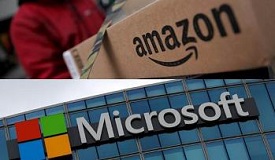 In the year 2018, Boeing Co. set a new record by delivering 806 aircraft. Likewise, Boeing has retained the title of the world's biggest plane-maker for the seventh straight year. However, it missed its full-year target of 810-815 due to supplier miseries that delayed shipments.

On the other hand, European rival Airbus SE, met its own 800-jet target pending final audit, but positively will lag behind Boeing due to engine delays. However, 2018 when compared to 2017 had orders for Boeing and Airbus (both) on a low. Airlines fret over trade tensions and the slowing global economic growth.

Mr. Suresh Prabhu, the Union Commerce Minister, has announced that Saudi Arabia and United Arab Emirate (UAE) have decided to use India as a base to resolve their food security issue. Mr. Prabhu added that for the first time India’s export policy will identify the potential of agriculture along with horticulture, dairy, fisheries, and plantation.

Such farm-to-port project will be similar to a special economic zone (SEZ); however, the model will be that of a corporatized farm. In this farm, crops will be grown for the convenience of UAE market to ensure food security in UAE. 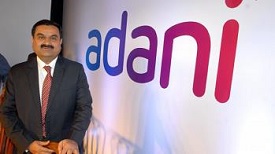 Germany company BASF SE has signed a Memorandum of Understanding (MoU) with the Adani Group and will invest €2 Billion (about 16,000 crore) in the acrylics value chain. This will be BASF’s largest investment in India till date.

The designated site will be set up at Mundra port located in Gujarat. BASF will hold majority stake in the venture. The German company BASF is the largest chemical producer in the world.

After signing the MoU, Martin Brudermüller, Chairman of the board of executive directors, BASF SE said −

“Together with the Adani Group, we would have the opportunity to provide our customers with high-quality chemicals and support them in growing their business. With our production powered by renewable energy, we would be able to minimize our impact on the environment.”