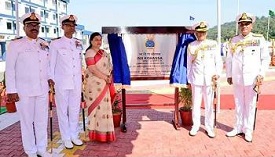 Indian Navy has commissioned a new airbase – INS Kohassa on the Andaman and Nicobar Islands in Bay of Bengal. The objective of setting up the new airbase is to expand its footprint in the Indian Ocean Region (IOR). The new airbase INS Kohassa was inaugurated by Navy Chief Admiral Sunil Lanba.

Geo-strategically, the location of new airbase is much beneficial for India, as its coverage of wide expanse of Indian Exclusive Economic Zone (EEZ). Coverage of such a huge EEZ in Bay of Bengal (in the proximity of Indian Ocean) makes the base a vital asset.

The government of Tamil Nadu launched a defence industrial corridor in the state on 20 January 2019. Defence products were unveiled, at the launch of the defence innovation hub in Coimbatore 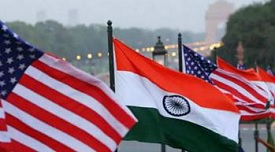 India is all set to purchase oil and gas worth USD 5 billion from the United States. Besides, India will also purchase defence equipment worth USD 18 billion. According to a report by Mr. Harsh Vardhan, India’s Ambassador to the US, in the recent years, the United States’ export to India has gone up by about 30 percent.

In the last two years, the bilateral trade between India and the United States has increased from $ 119 billion to $ 140 billion. 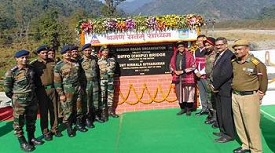 The construction of the bridge started in 2011. The bridge constructed on Roing-Koron-Paya road in Arunachal Pradesh, is constructed of Pre Stressed Concrete Box Girder.

Coast Guards of India and Japan jointly organized disaster control, search and rescue exercise off the coast of Yokohama in Japan on January 23, 2019. The drill was monitored by Indian Coast Guard Chief Rajendra Singh and Japanese counterpart Shuichi Iwanami. And, the main Indian ship was ICGS Shaunak.

In last three years, the Coast Guards of India and Japan have been working in close proximity and also having joint exercise on a certain interval of time. Last year, Japanese ships had come India to carry out the joint exercise with Indian Cost Guard.

On January 23 and 24, 2019, the final planning conference to work out the modalities for Indian Africa Field Training Exercise (IAFTX) -2019, was held at Pune in Maharashtra. Such joint training exercises are being conducted between dozens of countries of the African continent and India with the objective to synergize humanitarian mine action and joint peace operations.

The significant African countries that participated in the conference were −

7 - ISRO Chairman Confirmed Rs 10,900 Crore Approval for Development of 40 SLV in Next 4 Years 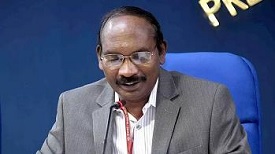 Dr. K Sivan, the Chairman of Indian Space Research Organization (ISRO), has confirmed that the Union Government has allocated Rs 10,900 crore. The amount is approved for the development of total 40 satellite launch vehicles (SLV) in next four years.

In addition to this, Dr. Sivan also said that ‘Chandrayan Mission’ will also be launched within the next three months. The specific purpose of this mission is to explore the unexplored part of the Moon. Besides, the human space flight project – ‘Gaganyaan’ is also on the cards and will tentatively be launched by 2022 (75th year of Indian independence). 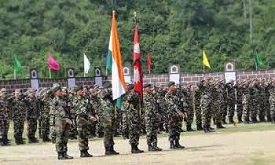 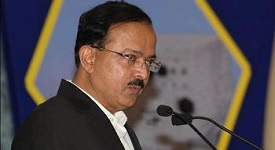 Mr. Subhas Bhamre, the Union Minister of State for Defence, announced that Nashik located in Maharashtra will be second defence innovation hub in India after Coimbatore (in Tamil Nadu).

Furthermore, Mr. Bhamre said that the defence innovation hub at Nashik will be beneficial for the local industries and entrepreneurs. He further added that as expected (as Ministry of Defence had set up a target) the country will be among the top five arms exporter by 2025.