“Green Ag” - a Global Environment Facility (GEF) assisted project has been launched by the Government of India. The objective of this project is to transform Indian agriculture for global environment benefits and the conservation of critical biodiversity and forest landscapes.

The Minister of State for Agriculture and Farmers Welfare Shri Parshottam Rupala informed that the Government had launched a Global Environment Facility (GEF) in collaboration with the Food and Agriculture Organization (FAO).

With high-conservation-value landscapes, the project has been launched primarily in five following states −

Moreover, the project is designed to harmonize the relationship between India’s agricultural and environmental sector priorities and investments. It will greatly help in strengthening livelihoods and will also ensure food and nutrition security without compromising with national and global environmental benefits.

In addition to this, Mr. Piyush Goyal, the Railway Minister, has instructed the railway board members to increase the count of railways stations with free Wi-Fi to 2000. To encourage the officials, Mr. Goyal also announced an award – the Division Railway Managers who will complete the Wi-Fi installation early, will be awarded.

As of now, the Northern Railway has announced facilitation of Wi-Fi service in the following stations −

The Union Minister, Kiren Rijiju, has confirmed that the women representation in the Central Reserve Police Force (CRPF) and Central Industrial Security Force (CISF) will now be increased to 15%. Besides, in Border Security Force (BSF), Sashastra Seema Bal (SSB) or the Armed Border Force, and Indo-Tibetan Border Police (ITBP), the representation will be 5%.

Further, Union Minister of State for Home Affairs of India, Mr. Rijiju said that in compliance of recommendations given by Parliamentary Committee on Empowerment of women in its sixth report, such direction was issued to all paramilitary forces to implement the increased percentage of women in the forces.

PM Narendra Modi, inaugurated the Gangajal Project with the purpose to improve water supply in Agra. Likewise, the implementation of the project will provide sufficient drinking water required for the local residents as well as tourists.

The project, launched in Agra by Prime Minister, is worth Rs 2,980 crores. The project ‘Gangajal’ aims to bring 140 cu secs of Ganga water to Agra.

5 - Chhattisgarh Third State to Bar CBI to Investigate in State

Bhupesh Baghel, the Chief Minister of Chhattisgarh and a senior leader of Congress party of India, withdrew the general consent granted to the Central Bureau of Investigation (CBI) to probe cases in the state. Likewise, now the CBI needs to take the State’s permission first to initiate any investigation in the state.

With this move, Chhattisgarh has become the third state in the country that has made such decision. In the list, Andhra Pradesh and West Bengal have already made their entry. However, for this move, the state government has not given any reason – why it has withdrawn the general consent, which was given previously to the CBI. 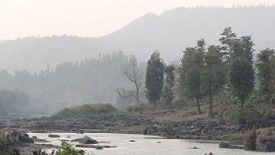 The Renuka project has been planned as the storage project on the Giri river in Sirmaur district of Himachal Pradesh. The Giri river is a tributary of the Yamuna river. As per the plan, the project will make 148 meter-high dam for supplying water to Delhi and other basin States as well. Besides, it will also generate 40 MW of power. 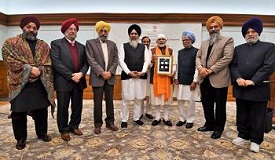 Mr. Narendra Modi, the Prime Minister of India, announced to release a commemorative coin to mark the birth anniversary of the 10th Guru of Sikhs, Guru Gobind Singh.

On January 5, 2019, on the eve of celebrating the birth anniversary, Prime Minister announced the release of commemorative coin along with a postage stamp. Besides, Mr. Modi also announced that the Kartarpur corridor, between India and Pakistan located at Punjab in Pakistan, will be built for devotees to go visit and pray. 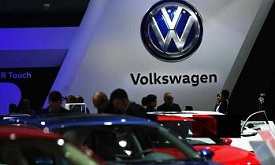 The National Green Tribunal (NGT) has instructed Vokswagen to pay a fine of 100 crores to the Central Pollution Control Board (CPCB). The NGT slapped fine, as it violated emission norms.

Furthermore, the NGT also said that the non-compliance of its direction may also lead to the arrest of the company’s (India) head and seizure of property. As per the instruction, the fined amount has to be submitted to CPCB by 5 pm on January 18. However, the order of NGT is already challenged before the Supreme Court of India.

Mr. Narendra Modi, the Prime Minister of India, inaugurated the first-ever National Museum of India Cinema (NMIC) in Mumbai. While inaugurating the museum, Mr. Modi said that his government will support individuals from the film industry who aspire to develop a communication and entertainment university in the country.

Besides, on this occasion, Mr. Modi also announced a pan-country single window system for film permissions that are usually getting delayed in the present system. His government also started amending the cinematography act, 1952 to make film piracy a harsher offence.

“The film industry of this country has huge potential to bring out social changes and has a very important role to play in the establishment of a New India. I know that piracy is a very big problem faced by the industry. We are working towards adding stricter punishment for piracy.”

The bridge which took 3 and half years for construction and costs 150 crores, links Kathua district of J&K to Punjab. This bridge will give the boost to economic and social development of the people living in the vicinity. In addition, it will also strengthen the inter-state connectivity.

11 - Six Monuments Included in the List of National Importance 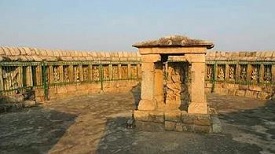 The Ministry of Culture has confirmed that the Archaeological Survey of India (ASI) has included six monuments in the list of ‘protected and of national importance.’ It is done under the Ancient Monuments and Archaeological Sites and Remains Act, 1958.

Following are the six monuments included in the list: 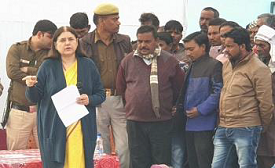 First of its kind, the Ministry of Women and Child Development, Government of India, launched an online campaign “WonderWomen.” The objective of this campaign is to discover and celebrate the exceptional achievements of women especially one who has been practicing positive agenda of social change via social media.

Furthermore, the campaign is designed to recognize fortitude of Indian women stalwarts from all across the globe who are actively involved in running positive campaigns to steer a change in society through social media.

A grand “Jallikattu”- Bull Taming event organized on January 20, 2019 in Pudukottai, Tamil Nadu, enters the world record for releasing highest number of bulls in an arena. The number of bulls was about 1,354 and number of tamers was 424, almost double of previous record i.e. of 647 bulls.

According to the report given by district police, two men were killed in the event while 31 including some spectators were injured. 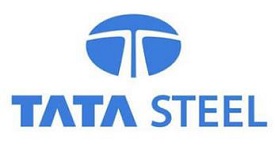 Tata Steel’s Plant located in Netherlands, has been recognized as the ‘Manufacturing Lighthouse.’ World Economic Forum (WEF) has given the status of 'Manufacturing Lighthouse' – with state-of-the-art production facilities, as it successfully adopted and integrated the cutting-edge technologies of the future.

In 2018, thousands of factories have been analyzed, the World Economic Forum (WEF) announced that TATA Steel plant located at Ijmuiden in Netherlands has been inducted into its prestigious community. It is a distinction award given to the manufacturing facilities, recognized as leaders in technologies of the 'Fourth Industrial Revolution.'

Polavaram project, one of the India’s largest projects of India, entered the Guinness Book of World Record by pouring 32,315.5 cubic meters of concrete in just 24 hours on January 7, 2019.

Besides, Polavaram project has also been awarded with the Central Board of Irrigation and Power (CBIP) award for fast execution of Polavaram multipurpose project and best planning, implementation and monitoring of water resources project.

Likewise, the project beats previous world record of 21,580 cubic meters made by Abdul Wahed Bin Shabib project, in Dubai between May 18 and 20 in 2017.