1 - Malala’s Released Her New Book “We are Displaced” 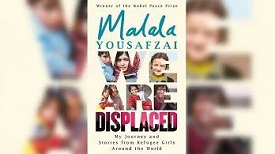 Pakistani activist and Nobel Peace Prize winner Malala Yousafzai has written her new book titled “We are Displaced.” In this book, she has narrated her experiences that she has been observing through travelling the world and visiting refugee camps.

The 244-page book, which is priced Rs 399, is fundamentally part memoir and part communal storytelling. Through this book, Malala not only interprets her own story of migration, adjustment, and compromise with her changing life (in search of home), but also she shares the true stories of some of the girls she met on her journeys. These girls also lost their parents, relatives, and community.

2 - Roshen Dalal Released his Book “The 108 Upanishads: An Introduction” 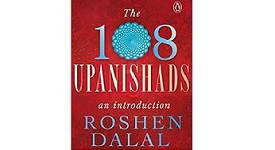 Roshen Dalal released his book “The 108 Upanishads: An Introduction.” The book is well-structured, simplified, and explained (the Upanishads) by Ms. Dalal.

Ms. Dalal has thoroughly researched 108 Upanishads and philosophical treatises that form part of the Vedas, the revered Hindu texts. These Upanishads interpret the most crystallized bits of wisdom gathered from Hinduism. Ms. Dalal explains the concepts at the core of each Upanishad clearly and lucidly.

The book ‘Universal Brotherhood Through Yoga’ was released by Mr. M. Venkaiah Naidu, the Vice-President of India. The book is compiled by Bharatiya Sanskrit Pitham.

On the occasion of releasing the book on yoga, Mr. Naidu said that “Yoga is India’s greatest legacy, it is the most glorious gift to the world.” Further he says that ‘yoga has the power to bring in the essential transformation required to change the way people live, think, and interact with fellow human beings and mother nature. Therefore, Yoga could indeed serve as a force for unity in the world.”