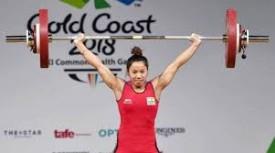 World champion weightlifter Saikhom Mirabai Chanu gave India its first Gold Medal at the 21st Commonwealth Games in Gold Coast. However, the first medal for India was won by weightlifter P Gururaja who claimed a silver medal in the men's 56kg category. 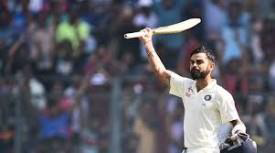 Virat Kohli has held on to his second position in the latest ICC Test Player Rankings. Australia's Steve Smith was placed at the top of the Test player ranking.

India Test spinner Ravichandran Ashwin was at the fifth position in the bowlers ranking while Ravindra Jadeja holds on to his second spot in the all-rounders ranking. Kagiso Rabada of South Africa was at the top position among bowlers. India and South Africa are the top ranked teams followed by New Zealand and Australia. 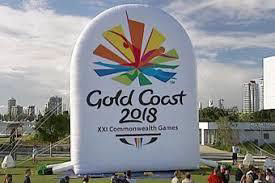 The Commonwealth Games 2018, the XXI edition of the games and commonly known as Gold Coast 2018, was held on the Gold Coast, Queensland, Australia, between 4 and 15 April 2018. 6600 athletes and thousands of others guests from 71 countries and territories participated in the spectacular opening ceremony.

Olympic silver medallist PV Sindhu was the flag-bearer as she led the Indian contingent into the stadium. It was the first time a major multi-sport event achieved gender equality by having an equal number of events for males and female athletes. 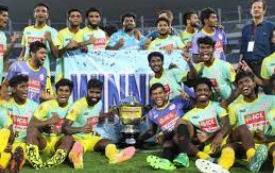 Kerala defeated defending champions Bengal via penalty shootout to win the national football championships for the Santosh Trophy at the Salt Lake Stadium. With this, Kerala lifted their sixth Santosh Trophy Football title. Kerala had last won the trophy in 2004.

The Santosh Trophy is an association football knock-out competition contested by the regional state associations and government institutions under the All India Football Federation (AIFF).

The 2018 Miami Open was played at the Tennis Center at Crandon Park. The Miami Open is one of nine ATP Masters 1000 Series events on the ATP calendar. 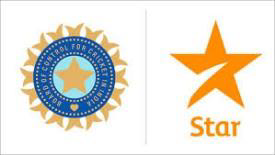 Star India has bagged the Board of Control for Cricket in Indian (BCCI) media rights for television and digital rights for the Indian cricket team and domestic championships from 2018 to 2023 with a bid of Rs 6138.10 Crore. Previously, Star paid Rs 3851 crore for the rights to broadcast India's home matches from 2012-2018.

The rights are for a proposed 102 matches of the men’s team while it will also telecast international matches involving the national women’s team as well as domestic tournaments. 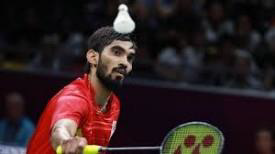 He joins Saina Nehwal to become only the second Indian to achieve the feat. Twenty-five year old Srikanth had missed out on the chance to become No. 1 in the world last year after suffering an injury.

In the Gold Coast Commonwealth Games, Indian wrestlers bagged 2 Gold, 1 Silver and 1 Bronze medal on the opening day of their competition itself.

The Gold medals were won by veteran Olympian Sushil Kumar in the 74 kg category, Babita Kumari claimed the Silver in Women's 53 kg category, Kiran clinched the Bronze in the 76 kg division and Rahul Aware in 57 kgs. While Sushil brushed aside South African Johannes Botha, 10-0, Rahul defeated Steven Takahashi of Canada, 15-7. 2018 Commonwealth Games Gold Coast was a major multi-sport event for members of the Commonwealth, held in Australia. 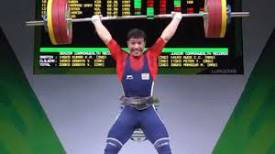 India’s veteran weightlifter Deepak Lather became youngest weightlifter to win a medal in Commonwealth Games in Gold Coast, Australia. He won bronze in men’s 69kg category. Deepak Lather carried a total of 295kg (136kg+159kg) weight to win bronze and finish at third position. Out of the total 295 kgs, Deepak lifted 136 kg in snatch and 59kg, a new personal best, in clean and jerk. 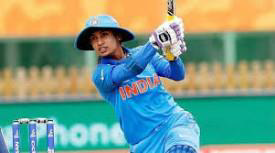 Mithali Raj is also known for her highest run-getter in women’s ODIs and record of highest number of fifties and nineties. Mithali Raj is known as the only female cricketer player to achieve the 6,000 run mark in Women ODIs. 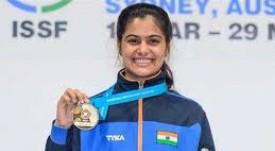 12 - Leander Paes announced as most successful player in Davis Cup 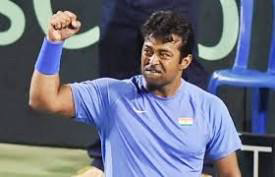 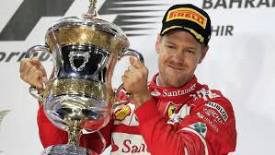 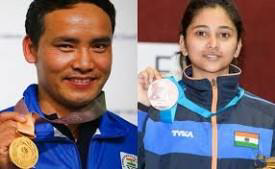 2018 Commonwealth Games Gold Coast was a major multi-sport event for members of the Commonwealth that were held on the Gold Coast, Queensland, Australia. 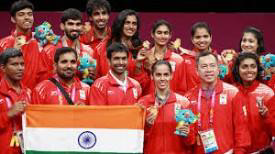 Saina Nehwal defeated Soniia Chea of Malaysia in women’s singles category. 2018 Commonwealth Games Gold Coast was a major multi-sport event for members of the Commonwealth that were held on the Gold Coast, Queensland, Australia. 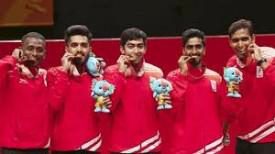 Indian players performance was found in improved in Commonwealth Games as 6 Indian players were placed in the top-100 of the men's world rankings. Some really good players who performed best were Sharath Kamal, G Sathiyan, Harmeet Desai. 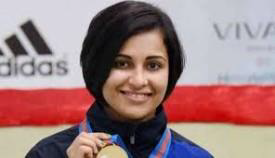 Heena Sidhu is an Indian sport shooter who created record by becoming first Indian pistol shooter to reach number one in world rankings by the International Shooting Sport Federation. She created world record in 10 metre air pistol event with a final score of 203.8. 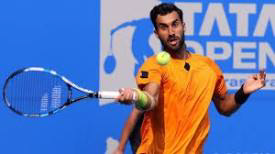 Tennis star Yuki Bhambri broke back into the top-100 for the first time since February 2016. As per the latest rankings, he leapfrogged 22 places to a career-best rank of 83. This follows his title-winning performance at the Taipei Challenger. This is the best rank an Indian has achieved in ATP singles chart since Somdev Devvarman touched a career-high 62 in July 2011.

If the 25-year-old maintains the top 100 place, it will allow him direct entry into the Grand Slams and the ATP 1000 series Masters event. 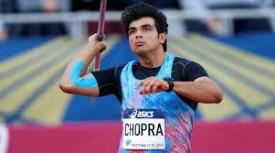 It has been for the first time that India has won gold medal in Javelin at the Commonwealth Games. With this, Neeraj Chopra became first Indian javelin thrower to win gold for India at CWG 2018 and second javelin thrower to claim a CWG medal -- the first being Kashinath Naik, who clinched a bronze in the 2010 Delhi Games. The throw was made at 86.47m in the final. He has won on a gold medal in 2016 IAAF World U20 Championships as well.

2018 Commonwealth Games Gold Coast is a major multi-sport event, based on motto ‘Share the Dream’. 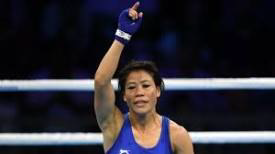 Mary Kom is known for her outstanding performance at the boxing ring. She was appointed as as national observers for boxing. She is also known as first Indian woman boxer to get a Gold Medal in the Asian Games in 2014. 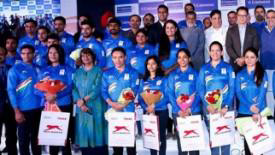 XXI Commonwealth Games was held at Gold Coast, Queensland, Australia. India finished medal tally with historic 66 medals, placing itself at 3rd position. India won most of the medals by shooting (16), followed by wrestling (12) and weightlifting (9). 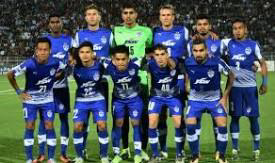 In the final at the Kalinga Stadium in Bhubaneswar, they defeated East Bengal by 4-1.

Bengaluru FC maintained their run of lifting a trophy each season since their inception in 2013/14. They have won two I-League titles, two Federation Cup crowns and the inaugural edition of the Super Cup. Venezuelan striker Miku was adjudged as the 'Hero of the Tournament' for his five goals.

The Birmingham Organising Committee of CWG has decided to exclude shooting from the 2022 Games, citing logistical issues. The Commonwealth Games Federation has awarded the 2022 CWG to Birmingham. Shooting, though an optional sport at the CWG, has been played in every edition since Kingston 1966, except once in Edinburgh in 1970.

It will be a huge setback for India. The shooting squad, at the recently concluded Gold Coast Games, bagged as many as 16 medals, seven of them gold. 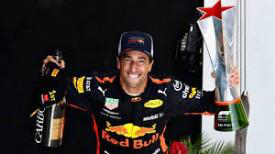 The 2018 Chinese Grand Prixwas a Formula One motor race that took place at the Shanghai International Circuit in Shanghai, China. 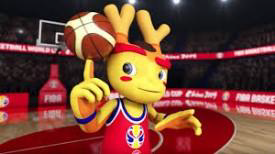 Son of Dreams was unveiled as the official mascot of the FIBA Basketball World Cup 2019. Born in China on August 8, 2015, Son of Dreams' magical horns give him the power to see in the future, envisioning plays and moves before they actually happen.

Son of Dreams was brought to life for the first time, by way of a hologram and video. FIBA (fiba.basketball) - the world governing body for basketball - is an independent association formed by 213 National Basketball Federations throughout the world. 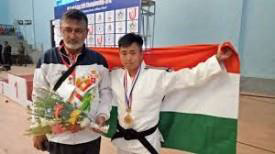 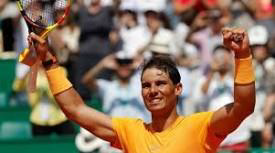 Nadal became the first man to win a single tournament 11 times in the Open era with his 76th ATP Tour title. Nadal also maintained his top ranking ahead of Roger Federer. 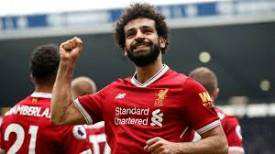 Fran Kirby was named PFA female player of the year at the ceremony. Lauren Hemp was voted the PFA Young Female Player of the Year Award. 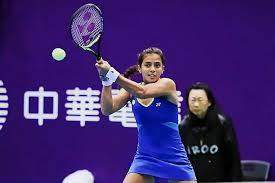 Tennis player Ankita Raina was included in the government's Target Olympic Podium Scheme (TOPS). Ankita displayed good performance both in the Fed Cup and the professional circuit. She recently broke into the top-200, reaching a career-best 197 in the WTA rankings.

She also became only the third Indian to breach the top-200 mark in women's singles, jumping 15 places to reach 197. The 25-year-old is the first player to achieve the feat since Sania Mirza. Before Sania, Nirupama Vaidyanathan had made it to the top-200.