The Monetary Policy Committee (MPC) in its first bi-monthly Statement of 2018-19 has maintained all policy rates unchanged. MPC updated its real GDP growth and inflation projections for 2017-18 and 2018-19. The MPC revised upwards its forecast of real GDP growth from 7.2 % in its February 2018 Statement to 7.4 %, broadly in line with the forecast in the Economic Survey. 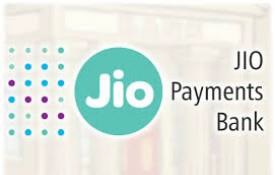 Jio Payments Bank Limited has commenced operations as a payments bank with effect from April 3, 2018. The Reserve Bank has issued a licence to the bank under Section 22 (1) of the Banking Regulation Act, 1949 to carry on the business of payments bank in India.

Reliance Industries Limited, Mumbai was one of the 11 applicants which were issued in-principle approval for setting up a payments bank. Payments bank provides small savings accounts and payments or remittance services. 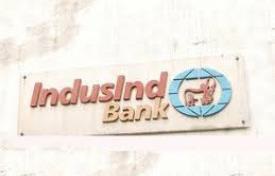 IndusInd Bank has received RBI’s approval to buy the securities services arm of IL&FS. In March 2017, the bank entered an agreement with Infrastructure Leasing and Financial Services, the promoter shareholder of IL&FS Securities Services Ltd (ISSL), to acquire 100% stake in ISSL. The deal size was undisclosed.

ISSL was incorporated in FY 2007 as a subsidiary of IL&FS and ISSL is a leading Capital Market Intermediary for Professional Clearing, Depository and Custodial Services. 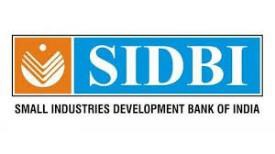 The bank also launched a ‘Bankability Kit’ (brought in partnership with Bank of Baroda and IDBI Bank). It covers what bankers look at, how to communicate with banks, the care to be taken, do’s and don’ts etc.

Jana Small Finance Bank Limited has commenced operations as a small finance bank with effect from March 28, 2018. The Reserve Bank has issued a licence to the bank under Section 22 (1) of the Banking Regulation Act, 1949 to carry on the business of small finance bank in India.

Janalakshmi Financial Services Private Limited, Bengaluru was one of the ten applicants which were issued in-principle approval for setting up a small finance bank. 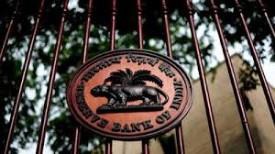 The Reserve Bank of India has changed the methodology used by debt market players, including banks and primary dealers, for valuation of bonds. The move is aimed to prevent the possibility of manipulation in the prices of securities, especially government securities (G-Secs).

Henceforth, security/bond valuation will be based on the weighted average price of the last half-an-hour of trading on the last trading day of every quarter against the last traded price earlier. 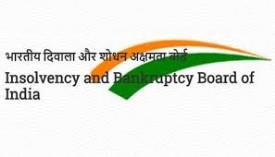 The Insolvency and Bankruptcy Code, 2016 (Code) provides for reorganisation and insolvency resolution of corporate persons, partnership firms and individuals in a time bound manner for maximization of the value of assets of such persons. 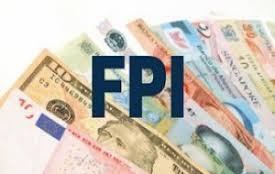 The Reserve Bank of India, in consultation with the Government revised the foreign portfolio investors (FPI) investment limit in Central government securities (G-Sec). 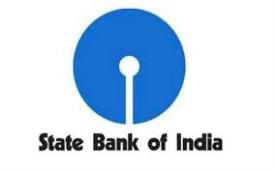 SBI decided to invest Rs 80 billion in Nepal’s hydropower project Arun III of Nepal. The project aims to generate 900 MW electricity. The project investment involves construction of the structures and transmission lines. This will benefit increase in production of 21.9% of the total electricity produced in a year i.e., 197 MW electricity with 86 crore unit for free in a year.

Punjab National Bank will finance a part of this production cost for the construction of the 268 km long 400 KV transmission line. The mega project is targeted to be completed by 2022. 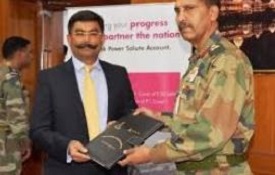 A Memorandum of Undertaking (MoU) was signed between the Indian Army and Axis Bank on the Defence Salary Package. The current MoU is tailor-made to suit the requirements of serving soldiers, pensioners and families.

Under the current MoU, apart from other benefits, the Army personnel will get free personal accident death cover and free permanent total disability cover of Rs 30 lakh and free educational cover of up to Rs 2 Lakh for children between the age of 12 and 20 years. 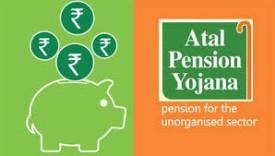 Atal Pension Yojana provides minimum guaranteed pension ranging between Rs. 1000/- to Rs. 5000/- per month for the subscriber from the age of 60 years. 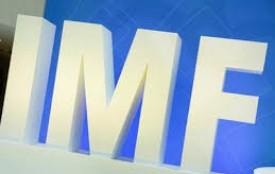 The International Monetary Fund predicted that India is expected to grow at 7.4% in 2018 and 7.8% in 2019 and would re-emerge as one of the fastest growing major economies in the period. The IMF explained this is due to the strong private consumption as well as fading transitory effects of the currency exchange initiative and implementation of the national goods and services tax.

According to the IMF, India has made progress on structural reforms in the recent past, which will help reduce internal barriers to trade, increase efficiency, and improve tax compliance. 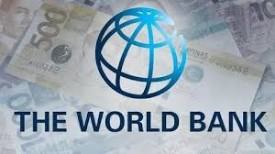 The World Bank projected a growth rate of 7.3% for 2018-19 and 7.5% for 2019-20. The bank also noted that Indian economy has recovered from the effects of demonetisation and the Goods and Services Tax.

The World Bank in its twice-a-year South Asia Economic Focus report in Washington stated that growth is expected to accelerate from 6.7 in 2017 to 7.3% in 2018 and to subsequently stabilise supported by a sustained recovery in private investment and private consumption. India should strive to accelerate investments and exports to take advantage of the recovery in global growth. 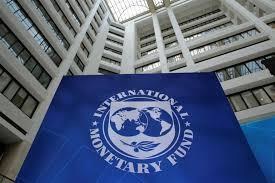 IMF projected a global growth of 3.9% in the next two years due to strong momentum, favourable market sentiment among other factors but warned that any trade disputes threaten to undermine confidence and derail global growth prematurely.

The IMF said in its latest World Economic Outlook report that the partial recovery in commodity prices should allow conditions for commodity exporters to gradually improve. The 3.9 per cent global growth forecast for 2018-19 is being borne out by continuing strong performance in the euro area, Japan, China, and the US, all of which grew above expectations last year. 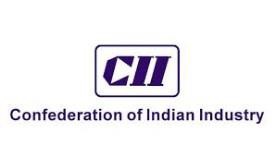 The Confederation of Indian Industry predicted India's gross domestic product (GDP) to grow at 7.3-7.7% for industrial sector, 2.5-3.5 per cent growth for the agriculture sector and 8.4-8.7 per cent for the services sector during the 2018-19. It was estimated on basis of increase in demand in the rural economy, including agriculture and non-farm activities, as well as better global growth climate.

India has made progress on structural reforms in the recent past, which will help reduce internal barriers to trade, increase efficiency, and improve tax compliance. 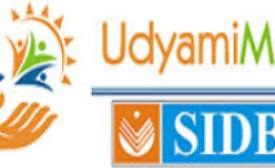 The Small Industries Development Bank of India signed a Memorandum of Understanding with CSC e-Governance Services Pvt Ltd which acts as connect point for various digitally aligned services to villages in India. In its endeavour to be an institutional one stop solution for serving MSMEs who are unserved as well as underserved, SIDBI is spearheading with different schemes and programmes on enterprise. Its digital initiatives, more prominently the www.udyamimitra.in Portal is central to this mission.

MoU is being entered to give programmatic approach to tap young talent from small towns to set up MSEs. 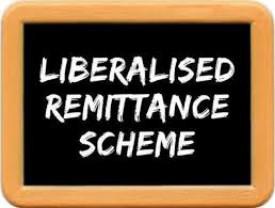 In order to improve monitoring and also to ensure compliance with the LRS limits, it was decided that all AD Category-I banks are required to upload daily transaction-wise information or ‘Nil’ report by accessing XBRL site, so as to prevent fraud.

In order to double the income of farmers by 2022 and increase lending to the rural economy, Lok Sabha passed a Bill to enable exit of the Reserve Bank of India from NABARD and increase the authorised capital to Rs 30000 crore. Government of India raised the authorised capital of NABARD by 6 times to Rs 300 billion. This increase will help NABARD in financing long term irrigation fund and on-lending to cooperative banks.

National Bank for Agriculture and Rural Development is an apex financial institution, in the field of credit for agriculture and other economic activities in rural areas in India.

Yes Bank announced the launch of ‘YES GST’, an OD (over draft) facility for Micro, Small and Medium Enterprises. Through this first-of-its-kind, an MSME can avail OD up to Rs. 1 crore, based on their annual turnover, backed by GST returns. Any additional assessment of balance sheet or bank statements will not be required. This OD facility can be availed by a MSME against mortgage of residential or commercial property. 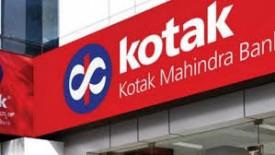 21 - State Bank of India most trusted bank in India 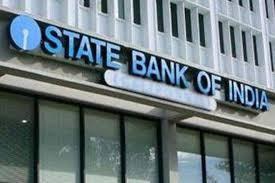 According to a report published by the Brand Finance, State Bank of India is the nation’s most trustworthy bank with a score of 86.4%. The report highlighted that Indian banks enjoy an average trust score of 69.8% compared to 64.9% recorded by US banks.

The survey was focussed on three big parameters — loyalty, trust and popularity. On the trust factor, SBI is followed by HDFC Bank and Central Bank of India whereas on the popularity chart of the survey, it is followed by ICICI Bank and HDFC Bank.

State Bank of India (SBI) is now providing facilities of cash through ‘Cash@POS’ initiative. Under this, the debit card holders of SBI and all other banks can withdraw cash from PoS machines installed by SBI across various merchant locations.

Indian Overseas Bank (IOB) has entered into an agreement for information utility services with the National E-Governance Services Limited (NeSL). With this agreement, the IOB branches will be able to provide high-quality, authenticated information about debts and defaults; which will have more transparency in maintaining the list of borrowers, debtors, creditors and loan defaulters.

The NeSL became India's first information utility (IU) for bankruptcy cases under the 'Insolvency and Bankruptcy Code (IBC) 2016' in October 2017.

24 - India highest recipient of remittances in 2017

According to World Bank, India topped as the highest recipient of remittances globally in 2017. Indians residing abroad sent back $69 billion. The second in the list was China with $64 billion followed by Philippines ($33 billion), Mexico ($31 billion), Nigeria ($22 billion), and Egypt ($20 billion).

Bank of India has entered into an agreement with National E-Governance Services (NeSL) for information utility (IU) arrangement under the Insolvency and Bankruptcy Code (IBC). As per the agreement, BoI will avail NeSL service to expedite corporate insolvency resolution process.

In September 2017, the Insolvency and Bankruptcy Board of India (IBBI) registered NeSL as the first IU. IU is proposed to offer services for accepting electronic submission of financial information. 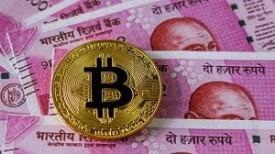 The Reserve Bank of India instructed all the financial institutions to stop providing services to any individual or business entities dealing with virtual currencies whereas regulated entities which already provide such services shall exit the relationship. Virtual Currencies (VCs), also variously referred to as crypto currencies and crypto assets, raise concerns of consumer protection, market integrity and money laundering. 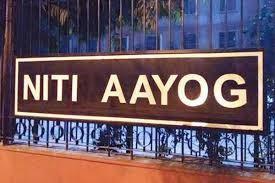 Niti Aayog predicted India's economy to grow by at least 7.5% in 2018-19 on the back of improvement in investment cycle and capacity utilisation. The economy is expected to grow at 6.6 per cent in 2017-18. More than 45 % exports in covered by SME sector and the importance of this sector can never be undermined. Two main objectives of the NITI Aayog are creating more jobs and providing a boost to export.

Gross domestic product is a monetary measure of the market value of all final goods and services produced in a period (quarterly or yearly) of time.

India Index Services and Products Ltd, a subsidiary of the NSE, manages a portfolio of 67 indices under NIFTY brand. 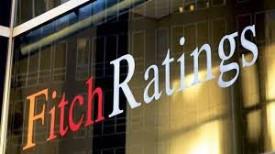 Global credit rating agency Fitch kept India’s sovereign rating unchanged at ‘BBB-‘ with stable outlook. This rating means lowest investment grade with stable outlook. In other words, medium-term growth potential of India is strong. India’s growth rate was projected at 7.3% in 2018-19 and further to 7.5% in 2019-20.

Fitch’s analysis as ‘the stable outlook’ covers upside and downside risks. According to Fitch, India’s ratings are broadly balanced. Fitch Ratings Inc. is one of the "Big Three credit rating agencies", the other two being Moody's and Standard & Poor's.