The eleventh annual World Autism Awareness Day was observed on April 2. The day aims to increase awareness about people, especially children, with autism. 2018 Theme: "Empowering Women and Girls with Autism".

The theme focussed on the importance of empowering women and girls with autism and involving them and their representative organizations in policy and decision making to address these challenges. World Autism Day is one of only four official health-specific UN Days.

The World Health Day (WHD) 2018 was observed all around the world. It is observed annually on 7th April on the founding day of the World Health Organization. The theme for the year 2018 was Universal health coverage: everyone, everywhere and the slogan was “Health for All”. 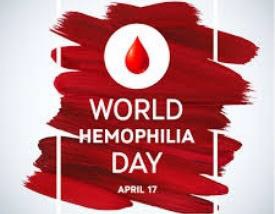 The day aims at raising awareness about Hemophilia and increase support for those living with an inherited bleeding disorder. Globally 1 in 1,000 people has a bleeding disorder. The date of 17th April was chosen to honor Frank Schnabel, the founder of WFH, whose birthday falls on the same date.

World Heritage Day was observed on 18th April. The day aims to spread awareness of the importance of protecting and preserving various sites around the world that have achieved world heritage status. The theme of 2018 was ‘Heritage for Generations’ emphasizing on inter-generational transfer of knowledge.

Every year on 18th April, ICOMOS observes the International Day for Monuments and Sites, whose establishment was approved by the 22nd UNESCO General Conference in 1983. COMOS promotes local communities and individuals to consider the importance of cultural heritage to their lives. 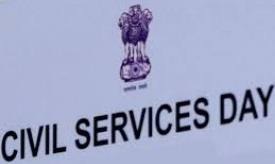 The Vice President of India, Shri M. Venkaiah Naidu inaugurated the two day event for observing Civil Services Day. The Government of India celebrates April 21 every year as ‘Civil Services day’ as an occasion for the civil servants to rededicate themselves to the cause of citizen and renew their commitments to public service and excellence in work.

This date is chosen to commemorate the day when first Home Minister of Independent India, Sardar Vallabhbhai Patel addressed the probationers of Administrative Services Officers in 1947. 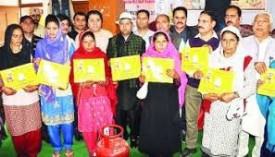 Ujjwala Diwas was celebrated on 20th April across the country as part of the Gram Swaraj Abhiyan. Under it, Ujjwala Panchayats were held in different states and free LPG connections were given to the eligible women from BPL families.

Around 15 thousand LPG Panchayats has been organized on the occasion. Under the Pradhan Mantri Ujjwala Yojana, the government has set a target to cover eight crore households by March 2020. As of now over 3.5 crore families have been provided free LPG connections. 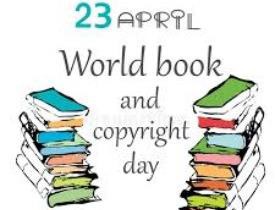 The World Book and Copyright Day is celebrated annually on April 23rd. UNESCO undertakes the responsibility of the event and aims to inculcate reading habits among people and highlight the various issues, specially, the copyright issue surrounding authors, publishers and other related parties. Earth Day is observed annually all over the world on 22nd April with the message to protect environment. The theme for World Earth Day 2018 is 'End Plastic Pollution'. The theme helps ending single-use plastics, promoting alternatives to fossil fuel-based materials and promoting 100% recycling of plastics.

The day was proposed at the UNESCO conference in 1969 and the first Earth Day celebrations took place in 1970. The day increases the awareness among people about the environment safety as well as to demonstrate the environmental protection measures.

The World Malaria Day (WMD) is an international observance observed every year on 25th April. The day gives people the chance to promote or learn about the efforts made to prevent and reduce Malaria around the world. The theme for 2018 is ‘Ready to beat Malaria’.

WMD is one of eight official global public health campaigns currently marked by the World Health Organization (WHO). World Malaria Day was established in May 2007 by the 60th session of the World Health Assembly, WHO's decision-making body. The Constitution (73rd Amendment) Act, 1992 that came into force with effect from 24 April 1993 has institutionalized Panchayati Raj through the village, Intermediate and District level Panchayats.

In order to support United Nations’ objectives for development and peace and achieve objective of 2030 sustainable development sports goal, 6 April was announced in 2013 to observe as the International Day of Sport for Development and Peace (IDSDP) by the UN General Assembly.

On the occasion of the 2018 International Day of Sport, United Nations Department of Economic and Social Affairs launched an online campaign #PlayforGlobalGoals to celebrate the growing contribution of sport to development. The campaign contributed to building unity among nations and peoples, following the UN Secretary-General’s call to make 2018 “a year for unity.” 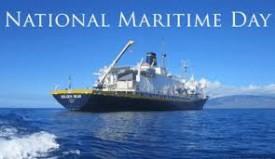 55th National Maritime Day celebrations took place at Mumbai, based on theme 'Indian Shipping - An Ocean of opportunity'. Various demonstrations and shows were displayed such as 'Man over Board Drill, 'Search pattern of Man over board' and Firefighting.

The General Assembly, in its resolution A/RES/65/271 of 7 April 2011, declared 12 April as the International Day of Human Space Flight “to celebrate each year at the international level the start of the space era for mankind, recalling the important contribution of space science and technology in achieving sustainable development goals.

On 12 April 1961 was the date of the first human space flight, carried out by Yuri Gagarin, a Soviet citizen. This historic event opened the way for space exploration for the benefit of all humanity.

2018 World Day for Safety and Health at Work was observed on 28th April, to improve the safety and health of young workers. It was based on theme ‘Occupational safety health (OSH) vulnerability of young workers’. Various campaigns were organized to accelerate action to achieve Sustainable Development Goal target of safe and secure working environments for all workers by 2030.

The World Day for Safety and Health at Work is an annual international campaign to promote safe, healthy and decent work. It is held on 28 April and has been observed by the International Labour Organization (ILO) since 2003.