Indo-Korea Joint Exercise 2018 named as Sahyog- Hyeoblyeog 2018 was held in Chennai. The joint exercise is part of a MoU between the two Coast Guards to improve maritime security in the Indian Ocean Region, which also involves cross presentations, cross landing operations and focus on rescue operations. Korean Coast Guard ship ‘Bodaro’ participated in the exercise.

A joint military exercise between UAE and Malaysia, named as “Desert Tiger 5” concluded successfully. It was done with an aim to create better and strong artnerships between both countries in all areas and improve the drill efficiency. The drill exercise also improve efficiency and performance of ground forces.

UAE conducts many such military exercises with other nations such as Iron Union 6 with USA, Iron Claw 2 with USA etc. Peace and Friendship 2016 between Malaysia and China is also a known joint military exercise. 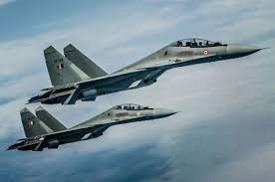 As part of the ongoing IAF exercise ‘Gaganshakti-2018’, in a joint operation, the IAF and Indian Army Parachute Brigade undertook a Battalion level airborne assault in the desert sector. This assault included paradrop of 560 paratroopers and GPS guided cargo platforms. The landing force was dropped behind the simulated enemy lines. The force was provided aerial surveillance by AWACS and protected by a Flight of SU-30 Air Superiority Fighters.

Airborne assault is a subset of Airborne Operations wherein combat troops are para dropped into the tactical battle area and perform tasks like disrupting enemy lines of enemy infrastructure. 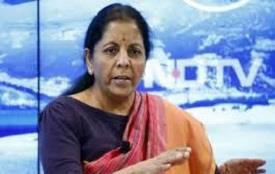 The Indian and Malaysian armies will hold a two-week military exercise beginning April 30 in Malaysia with an aim to improve defence cooperation. The joint exercise 'Harimau Shakti' will take place in the dense forests of Sengai Perdik in Hulu Langat district of Malaysia.

The Indian Army will be represented by 4 Grenadiers while the Malaysian contingent is being represented by soldiers from 1 Royal Ranjer Regiment and the Royal Malay Regiment. 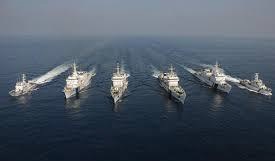 A two-day coastal security exercise 'Sagar Kavach' was held to strengthen and assess the loopholes in the coastal security mechanism off the coast of Kerala, Mahe, and Lakshadweep and Minicoy (L&M) Islands. The drill is held twice a year.

Four ships and three Fast Interceptor Craft (FICs) of Indian Navy and five ships of Indian Coast Guard (ICG) along with a Dornier Aircraft from both IN & ICG each were deployed off Kerala and L&M coast. Boats and personnel from Coastal Police, Marine Enforcement Wing (MEW), Central Industrial Security Force (CISF), Customs, Fisheries department and Port authorities also took part in the exercise. 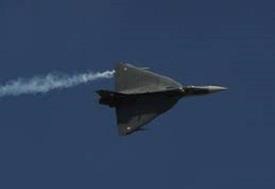 In a major milestone, indigenously developed Light Combat Aircraft Tejas successfully fired an air-to-air beyond visual range (BVR) missile. With this, Tejas has demonstrated its overall capability as an effective combat jet, and inched closer to receive final operational clearance.

The test firing of the missile from a Tejas jet was carried out off the Goa coast and it met all operational requirements. This will expedite issuance of the Final Operational Clearance to the aircraft developed by state-run Hindustan Aeronautics Limited, HAL and Defence Research and Development Organisation, DRDO.