Asia's largest startup conclave was held on 6th and 7th April at Kovalam in Kerala. The conclave, called ‘Huddle Kerala’, was organised as a platform for start-ups to pitch their products and interact with a wide array of technology and industry leaders from around the world.

The conclave was organised by the Kerala Startup Mission (KSUM) in association with Internet and Mobile Association of India (IAMAI) and IAMAI Startup Foundation. 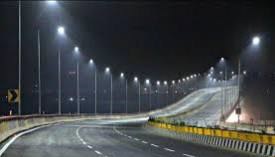 Uttar Pradesh Chief Minister Yogi Adityanath inaugurated a elevated road connecting UP Gate and Rajnagar Extension in Ghaziabad. The road is considered to be the longest of its kind in the country.

The six-lane road is approximately 10 kilometres-long and built on 227 single pillars. It is built at a cost of about Rs 11,000 crores. The road will make it easier to commute between Delhi and Ghaziabad. 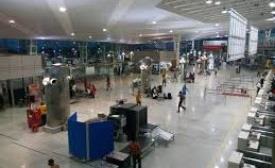 The Mangalore International Airport has been adjudged as the cleanest and best-maintained airport in India under the 1.5 million to 5 million-passenger handling airport category. The Airports Authority of India conducted the survey.

The state government of West Bengal introduced a new scheme called ‘Rupashree’ in order to provide marriage assistance to girls coming from economically weaker families with a budgetary allocation of Rs 1500 crore.

The scheme proposes to extend one-time financial assistance worth Rs 25,000 to the family of the girl whose annual income is up to Rs 1.5 lakh. The monetary assistance will be provided at the time of marriage after the girl has attained the age of 18 years. 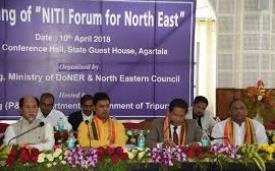 The first meeting of the newly constituted ‘NITI Forum for North East’ was held in Agartala, Tripura. Shri Rajiv Kumar discussed the focus of development projects in the NER will be based on the concept of “HIRA” (Highways, Inland Waterways, Railways and Airways). The meeting stressed on various development projects such as airport set up at Kohima, providing air connectivity to Nagaland under the UDAN scheme, National Games-2022 to be held in Meghalaya etc.

The ‘NITI Forum for North East’ was constituted in February 2018 with an aim to ensure sustainable economic growth of the North Eastern Region (NER).

The Madhya Pradesh government approved a policy allowing for the renewal of lease of land, including residential plots which are now being used for commercial purposes.

The move will benefit five lakh people in the state. The state had allotted 11,400 crore rupees for disbursal to farmers under the Pradhan Mantri Fasal Bima Yojana. The amount is the state's share of 50% in the scheme. With this decision, the pulses and millets like masoor, gram and mustard would be purchased between April 10 and June 9 at the minimum support price (MSP) from farmers. 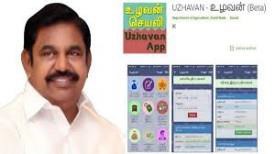 In a move to increase transparency in farming and help farmers be friendly with technical farming, Tamil Nadu government introduced a bilingual mobile app known as 'Uzhavan' (farmer) app.

Uzhavan is a bilingual app, available in Tamil and English language, providing access to nine types of services such as crop insurance knowledge information, book farm equipment and related infrastructure, information on farm subsidies, weather forecast information, information on the available stocks of seeds and fertilisers in local government and private stores etc.

OpenSignal is a company that specializes in wireless coverage mapping. It brings data on carrier signal quality from users who have its consumer mobile application installed. 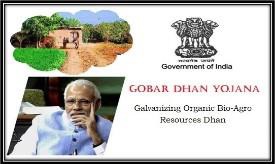 In order to provide for the sale of organic manure and cow urine with an aim to benefit farmers, Haryana government introduced 'Gobardhan Yojana'. Scheme will cost 11 crores to benefit farmers under various projects. The scheme will help in increasing farmer income with additional benefit of 50% over the cost of production. Fasal Bima Yojana cheques were also distributed at the scheme launch.

Various other schemes were also introduced previously by government such as crop cluster development programme. 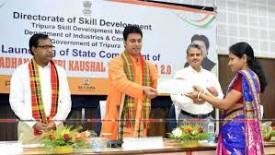 Pradhan Mantri Kaushal Vikas Yojana (PMKVY) is the flagship scheme of the Ministry of Skill Development & Entrepreneurship (MSDE), to ensure industry level skill training to youths and provide them with Skill Certification.

The Union Natural Gas and Petroleum Minister Mr. Dharmendra Pradhan launched the Pradhan Mantri Ujjwala Yojana (PMUY) in Delhi. In this program, gas connections were given to one thousand families of Vishwas Nagar assembly constituency.

Pradhan Mantri Ujjwala Yojana (PMUY) aims to safeguard the health of women & children by providing them with a clean cooking fuel – LPG. Under the Ujjwala Yojana, the government provides free LPG gas connections to the eligible people of the state.Scheme was launched by Hon’ble Prime Minister Shri Narendra Modi on May 1st, 2016 in Ballia, Uttar Pradesh. 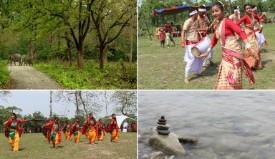 Assam celebrated its spring festival by displaying its local food, music, handloom and handicrafts in two day event. The festival celebrations began in Manas National Park. Over 300 domestic and foreign tourists participated in the two day event. The event was organized with an aim to promote the local food and culture of the fringe villagers.

Indian Weavers' Association and the Swankar Mithinga Onsai Afat, an association of reformed poachers in Manas who are now engaged in wildlife conservation and preservation, unitedly organized the event. 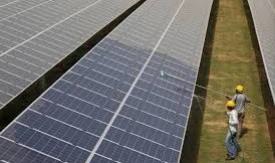 The set-up of 5000 MW capacity solar park was approved by Gujarat Chief Minister Vijay Rupani. With this approval and subject to completion of project, Gujarat Solar Park would be considered as the world’s largest solar park. The project set up would require 11,000 hectares of land and aims to target production of 175 gigawatt of electricity through renewable energy sources by 2022.

Gujarat Solar Parks are solar power generating parks being constructed in Gujarat, India. A total of about 1100 MW are commissioned, with individual solar parks ranging from hundreds of kW to 40 MW capacity. 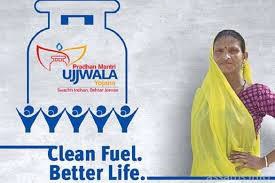 The Union Natural Gas and Petroleum Minister Mr. Dharmendra Pradhan launched the Pradhan Mantri Ujjwala Yojana (PMUY) in Telangana. In this program, gas connections were given to one thousand families from existing 707 connections.

Pradhan Mantri Ujjwala Yojana (PMUY) aims to safeguard the health of women & children by providing them with a clean cooking fuel – LPG. Under the Ujjwala Yojana, the government provides free LPG gas connections to the eligible people of the state.Scheme was launched by Hon’ble Prime Minister Shri Narendra Modi on May 1st, 2016 in Ballia, Uttar Pradesh.

In order to train youths and women in Tamil Nadu, National Skill Development Corporation (NSDC) signed a Memorandum of Understanding (MoU) with the Nuclear Power Corporation of India Limited (NPCIL). NSDC will impart training through its approved training partners near Kudankulam Nuclear Power Project situated in Tamil Nadu. As per MoU, NSDC will conduct a baseline survey in 19 villages and impart training. 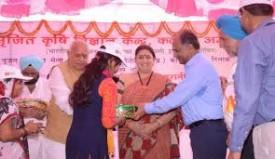 GNFC intends to collect 8,000 to 10,000 MT Neem seeds from the State. It is estimated to provide additional income of Rs 12-15 crore for over one lakh rural woman from 2,500 villages in the State.

The Gujarat Government has launched the 'Pocket Cop' project under which smartphones containing database of people with a criminal background would be distributed to 4900 police personnel in the state. The project is aimed to crime detection rate.

Each smartphone will have four different applications for passport verification, tracing criminals and finding missing persons and for stolen vehicles. The project was launched for the entire state after its successful trial was held for Gandhinagar and Ahmedabad districts.

Vice President M Venkaiah Naidu launched a health scheme of the Assam government that offers free medical care of up to Rs 2 lakh for every individual from Below Poverty Line (BPL) and Above Poverty Line (APL) families.

The cashless scheme, 'Atal Amrit Abhiyan', will cover state's population with annual income below Rs 5 lakh. The state government has earmarked Rs 400 crore for the scheme in the financial year 2018-19. 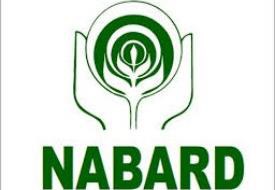 NABARD provided financial assistance of Rs 12,240 crore as refinance to banks for supplementing the financial resources of the banks in Rajasthan. NABARD disbursed concessional loan of Rs 1,851.29 crore to the Rajasthan government for rural infrastructure development fund (RIFD).

The Project will cover 10,510 km stretch of rural roads in Madhya Pradesh that fall under the Chief Minister’s Gram Sadak Yojana (CMGSY) program. The Project is expected to improve the durability, resilience and safety of the gravel surfaced rural roads. 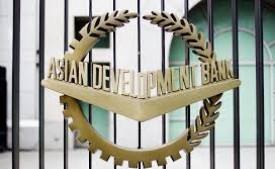 The Asian Development Bank (ADB) has agreed in principle to give an aid of Rs 1,700 crore to Uttarakhand for infrastructure development and creation of sewerage treatment facilities in urban areas.

The state government plans to upgrade the transport system and 24 hours water supply will be ensured to the citizens. ADB also plans to run a reform programme to economically strengthen municipal corporations of the state. 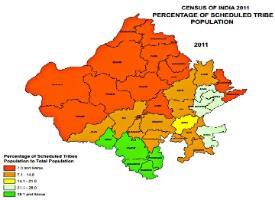 The Scheduled Tribes residing in Banswara, Dungarpur, Pratapgarh, and partial areas of Udaipur, Rajsamand, Chittorgarh, Pali and Sirohi districts of Rajasthan will get benefits of protective measures available under the Fifth Schedule to the Constitution of India.

Manipur celebrated Shirui Lily Festival 2018 at Ukhrul district, which attracted tourists from all around the world. The festival aims to spread awareness about conservation of the endangered Shirui Lily flower. The State Flower of Manipur, Shirui Lily, also called “Siroy Lily or Lilium Macklinae” is a rare pinkish white flower found only in the Shirui Hill range in the Ukhrul district of Manipur.

The Shirui Lily was declared as the State Flower of Manipur in 1989. The festival featured demonstrations of the age-old traditions and culture of the inhabitants of the district of Ukhrul. 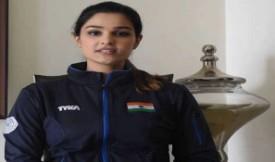 The Haryana government has appointed international shooter Gauri Sheoran as the brand ambassador for its two health-related programmes namely Rashtriya Bal Swasthya Karyakram and Measles and Rubella campaign. Rashtriya Bal Swasthya Karyakram will spread awareness about defects at birth, deficiencies and delayed development. Under MR campaign, about 80 lakh children would be vaccinated to low down the infant mortality rate.

Gauri Sheoran is gold medalist the 7th World University Shooting Championship and bronze medallist at the Germany World Championship. She has also won two gold and two silver medals in the National Championship at Thiruvananthapuram.