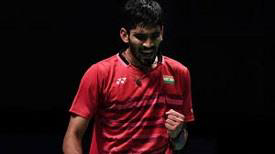 Srikanth had won four Super Series titles in 2017 becoming the first and only Indian to do so in a calendar year. He is the second youngest sportsperson in India to have got the Padma Shri. Srikanth is also an Arjuna awardee.

2 - Dharmendra to be honored with Raj Kapoor Lifetime Achievement Award

Some other artist who will also be honored are Marathi stage actor Vijay Chavhan and actress-director Mrinal Kulkarni. Awardees will receive cash prize and citation. Famous director and producer Rajkumar Hirani will be honored with Raj Kapoor Special Contribution awards. 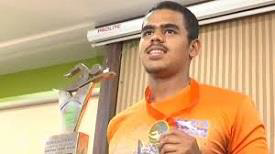 Pune’s Sampanna Ramesh Shelar created world record as he double-crossed the Bangla Channel of 32.2 kilometres in 9 hours and 10 minutes. With this, he became first person to swim back and forth from Saint Martin's Island Jetty to Teknaf.

Sampanna Ramesh Shelar hails from Pune. He has set national record at Gujarat by swimming at 40 km/hour speed. He was trained by his coach Jitendra Khasnin since the age of 13. 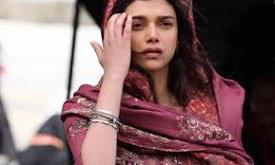 Actress Aditi Rao Hydari will be honoured with Dadasaheb Phalke Excellence Award for her outstanding performance in movie ‘Bhoomi’. She was honoured as best leading lady (critics award). Bhoomi is a movie based on father-daughter relationship, where Sanjay Dutt acted as a protective father who saves his daughter from all the evils that surrounded her. Aditi Rao Hydari is an Indian actress who works in Hindi and Tamil language films. She has worked in movies such as Wazir, Rockstar, Padmaavat and Murder 3.

The award will be given by an organisation called Dadasaheb Phalke Foundation, a Mumbai-based organisation. Karan Johar became the first Indian filmmaker to have a wax statue at the Madame Tussauds. Apart from Johar, other Indian dignitaries who have been graced with the honour are Shah Rukh Khan, Amitabh Bachchan, Aishwarya Rai Bachchan, Salman Khan,Sachin Tendulkar, PM Narendra Modi and Hrithik Roshan.

Team India skipper Virat Kohli has been named in this years’ TIME magazine’s list of 100 most influential people. Bollywood actor Deepika Padukone, Ola co-founder Bhavish Aggarwal and Microsoft CEO Satya Nadella are the other Indians to have made it into the list. Sachin Tendulkar wrote Virat Kohli's TIME profile and Vin Diesel wrote Deepika’s.