The Union Ministry of Human Resource Development released the NIRF India Rankings 2018 in various categories on the basis of performance of Higher Educational Institutions. 69 top institutions in 9 categories were given awards. 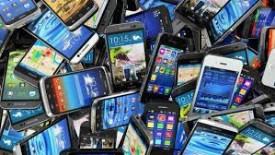 Startupblink is a global start-up ecosystem map with tens of thousands of registered start-ups, co-working spaces, and accelerators.

Mukesh Ambani has been ranked 19th on the index. He is the third richest Asian on the list. ArcelorMittal CEO Lakshmi Mittal (51), Shapoorji Pallonji Group Chairman Pallonji Mistry (61), Wipro Chairman Azim Premji (66), and HCL Chairman Shiv Nadar (85) are the other Indians to feature in the list. Alibaba co-founder Jack Ma (ranked 13th) is the richest Asian with a net worth of $47.2 billion.

According to Symantec’s Internet cyber Security Threat Report, India has been ranked fifth most vulnerable country in terms of cyber security breaches in the world in 2017 after the United States and the United Kingdom. In 2017, 5.09% of global threats detected were in India.

The U.S. (26.61%) was most vulnerable to such attacks, followed by China (10.95%). The global threat ranking is based on eight metrics — malware, spam, phishing, bots, network attacks, web attacks, ransomware and cryptominers. 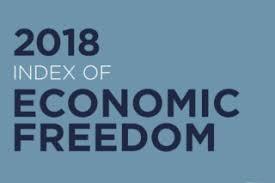 India jumped to 130th spot in the latest annual Index of Economic Freedom released by a top American think-tank the Heritage Foundation. In 2017, India with a score of 52.6 points was ranked at 143 among 180 countries, two spots below neighbour Pakistan.

As per the latest Index of Economic Freedom, China has jumped to 112th rank and Pakistan at 131 position. The list was topped by Hongkong. The report stated that Corruption, underdeveloped infrastructure, a restrictive and burdensome regulatory environment, and poor financial and budget management continue to undermine overall development.

Facebook released the data regarding the popularity of Chief Minister’s Facebook pages and it is based on interactions on the platform which includes total reactions, shares and comments. Chief Minister of Rajasthan Vasundhara Raje’s Facebook Page is on second position and Gujarat Chief Minister Vijay Rupani’s Page is on third rank. 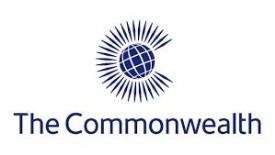 The Index has been created in partnership with the United Nations World Intellectual Property Organisation (WIPO) and its annual Global Innovation Index (GII).

9 - Google ranked as most Trusted Internet Brand in India 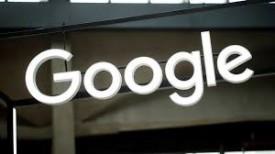 According to TRA Brand Trust Report 2018, Google is the most trusted Internet brand in India, followed by Facebook. E-commerce major Amazon ranked third followed by eBay at fourth. 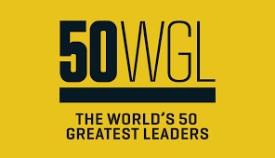 Fortune has published the '50 Greatest Leaders' of 2018 list. Renowned human rights lawyer and founder of Lawyers Collective, Indira Jaising has been ranked at number 20 in in the list. Reliance Industries Limited Chairman Mukesh Ambani has been ranked 24th while Architect Balkrishna Doshi was at 43rd rank.

The first rank in this year's list has gone to "The Students" of Marjory Stoneman Douglas and other schools in the US that suffered from gun violence. The #MeToo movement was placed 3rd in the rank. 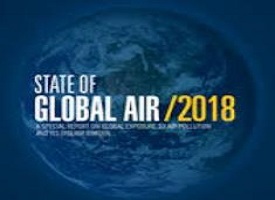 State of Global Air Report 2018 released by Health Effects Institute unveiled that over 95% of the world's population are breathing unhealthy air and live in areas of unsafe air which causes cardiovascular disease and lung cancer. Report states that air pollution is the 4th highest cause of death among all other health risks. Household air is the 8th leading risk factor. Research show that people who live in more polluted locations are more likely to die earlier from heart and lung disease. 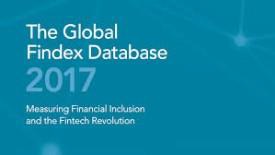 Global Findex Report 2017 was released by World Bank. The Global Findex database is the world’s most comprehensive data set on how adults save, borrow, make payments, and manage risk. It is published every three years since 2011.

The 2017 Global Findex database shows that 1.2 billion adults have obtained an account since 2011 and about 1.7 billion adults remain unbanked. Globally, 69% of adults have an account. The data also point to ways to leverage financial technology (Fintech) to boost the use of accounts among those who already have one. 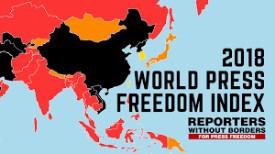 According to the 2018 World Press Freedom Index published by Reporters Without Borders (RSF), India was ranked at 138th position among the 180 countries ranked in the report. The report gives an insight the media freedom situation based on an evaluation of pluralism and independence of the media.

The top five countries in the list were Norway, Sweden, Netherlands, Finland and Switzerland respectively. China was ranked 176th while North Korea was the last nation on the list.