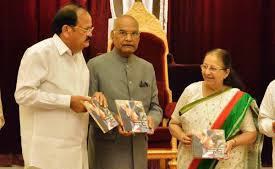 The President of India, Shri Ram Nath Kovind, received the first copy of the book ‘Dr Babasaheb Ambedkar: Vyakti Nahin Sankalp’ from the Vice President of India, Shri M. Venkaiah Naidu, on the occasion of Dr B.R. Ambedkar’s birth anniversary. The book is based on the inspiring life of Dr Ambedkar and several dimensions of his ideas and personality. The President called the book an accessible resource to understand Dr Ambedkar. 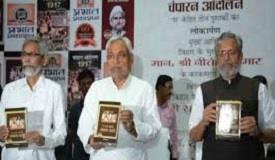 The Champaran movement is acknowledged as the first Satyagraha movement inspired by Mahatma Gandhi. 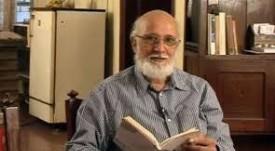 Veteran playwright and poet Sitanshu Yashaschandra was honoured with 2017 Saraswati Samman for his outstanding work in collection of verses (poetry) titled “Vakhar” published in 2009. He has overall launched 3 books of poetry on “Vakhar”. Some of his other excellent work includes 'Odysseusnu Halesu-n' and 'Jatayu'. He has written more than 10 books of plays. He has also been honoured with Sahitya Akademi Award and Kabir Samman.

The award is given annually for an outstanding literary work of any Indian language, published during the last 10 years. It is instituted by the K K Birla Foundation.