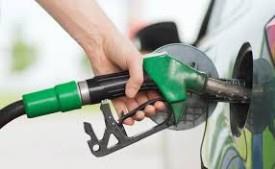 New Delhi became the first city in the country to switch from BS-IV grade fuels to BS-VI (equivalent to fuel meeting Euro-VI emission norms). Euro-VI just contains 10 parts per million (ppm) of sulphur as against 50 ppm in previous grade of fuel.

The Euro-VI was rolled out to combat alarming levels of air pollution in Delhi. Other cities like Noida, Ghaziabad, Gurugram and Faridabad along with 13 major cities, including Mumbai, Chennai, Bengaluru, Hyderabad and Pune, will also switch over to cleaner BS-VI grade fuel from January 1, 2019. 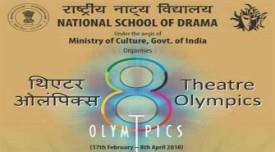 `8th Theatre Olympics organized in Mumbai, aimed to showcase the rich heritage and culture across the length and breadth of the country. The event witnessed 450 shows from more than 30 countries performed across 17 Indian cities. The 51-day long 8th Theatre Olympics, the biggest international theatre festival held in India for the first time, staged more than 400 plays and hosted 78 allied events.

The closing ceremony was honoured by the gracious presence of Artistic Director, 8th Theatre Olympics, Shri Ratan Thiyam. This edition of Theatre Olympics brought together around 25,000 artists under the theme “Flag of Friendship". 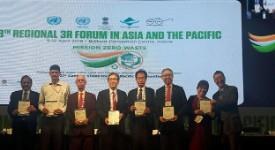 The historic Indore 3R declaration was adopted by the mayors and city authorities of India and countries of Asia Pacific region and signed and brought into effect at Indore, who hoisted the Eighth Regional 3R Forum in Asia and the Pacific region.

The adoption and signing of the Indore 3R declaration addressed how 3R and resource efficiency measures can provide complementary benefits in making cities and countries clean, smart, liveable and resilient. The commitments expressed in the declaration are crucial to promote the principles of 3R i.e Reduce, Reuse, Recycle and achieving resource efficiency. 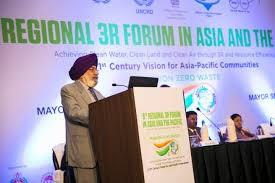 The 8th 3R regional forum in Asia and pacific being held in Indore concluded with the adoption of chair summary reaffirming their commitment to promoting the principles of 3R - Reduce, Reuse & Recycle. The 3 day forum was attended by over 700 delegates from more than 45 countries. The delegates discussed the 3Rs for achieving the vision of Mission Zero Waste.

The conference was the adoption of the INDORE 3R DECLARATION by the mayors. The 3R forum legacy was handed over to the delegation of the Govt. of Thailand - the host of the next 3R forum.

Delhi hosted Global Logistics Summit in co-operation of Department of Commerce, Ministry of Commerce & Industry, FICCI (Federation of Indian Chambers of Commerce & Industry) and the World Bank Group. The summit discussed increase in numbers of intra-state and international trade flows so as to improve logistics and connectivity. Various global experts, academics, government officials, private sector industry representatives participated in the Summit. The Summit also announced operationalization of upcoming 56 new airports in the next 5 years. 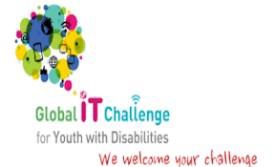 Global IT Challenge for Youth with Disabilities (GITC), 2018 to be hosted by Delhi. This event will have around 300 participants including 120 Youth with disabilities from 24 Asia Pacific countries. GITC is being held every year in Asia- Pacific region and such events were held in the past in countries like Korea, China, Thailand, Vietnam etc.

India is co-hosting the event alongwith Ministry of Health and Family Welfare, Government of Korea. The event will also have aSeminar for IT Forum in which the countries will present their work.

Randstad Insights also reported that professionals from the pharma and healthcare industry are paid the highest in India. 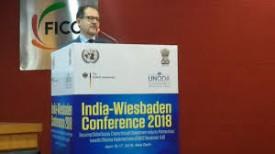 Ministry of External Affairs, New Delhi, in cooperation with the Government of Germany and the United Nations Office for Disarmament Affairs (UNODA) hosted India-Wiesbaden Conference 2018 in Delhi. It was based on theme ‘Securing Global Supply Chains through Government-Industry Partnerships towards Effective Implementation of UNSC Resolution 1540’. The conference aimed at sharing experience on export control system by participating countries and implementation of UNSC 1540. 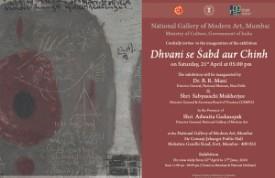 An exhibition titled "Dhvani se Sabd aur Chinh” was inaugurated at National Gallery of Modern Art, Mumbai. Adwaita Gadanayak and his team curated the exhibition. The exhibition identified artists who practiced in Southern states as well as artists who were born there or had family trees and moved up North to become the greatest practitioners and pedagogues.

Diu Smart City has become the first city in India, that runs on 100% renewable energy during daytime. Diu had been importing 73% of its power from Gujarat until last year.

Digambarpur in South 24 Parganas district in West Bengal has bagged the award for the best Gram Panchayat in the country. Of the 2.5 lakh gram panchayats in the country, the central government had selected 1000 and watched their function.

The ranking of the Gram Panchayats have been done on the basis of seven factors of work which include the system of planning, quality of planning, different activities and level of coordination, implementation of the plan and its proper monitoring, use of Information Technology and documentation. 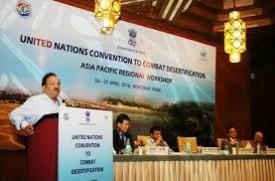 The Asia Pacific Regional Workshop of United Nations Convention to Combat Desertification (UNCCD), chaired by the Minister of Environment, Forests and Climate Change of India Dr. Harsh Vardhan was held at New Delhi.

Various ministerial representatives and Chairman of The Energy and Resource Institute discussed several national initiatives related to the implementation of UNCCD and need to achieve land degradation neutrality (LDN) by 2030. Several representatives of country parties discussed their own national data and boundary shape files.