Considering a dual converter operating without circulating current, the AC current is barred from flowing by controlled firing pulses. This ensures that the converter carrying the load current conducts while the other converter is blocked. This means that a reactor between the converters is not needed. 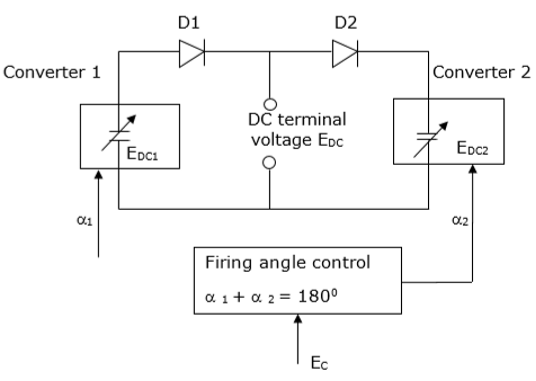 A battery charger also known as a recharger utilizes electric current to store energy in a secondary cell. The charging process is determined by the type and size of the battery. Different types of batteries have different tolerance levels to overcharging. The recharging process may be achieved by connecting it to a constant voltage or constant current source.

The charging rate is defined as the rate of charging or discharging a battery and is equal to the battery capacity in one hour.

There are many types of battery chargers. In this tutorial, we will consider the five main types.