In this tutorial, we will focus on Resonant DC to DC converters

The concept of switch mode power supply (SMPS) is explained below using a DC to DC converter. The load is given a constant voltage supply (VOUT) that is obtained from a primary source of voltage supply VIN. The value of VOUT is regulated by varying resistor in series (RS) or the current source connected in shunt (IS). By controlling VOUT through varying IS and ensuring RS is kept constant, a considerable amount of power is lost in the converter. 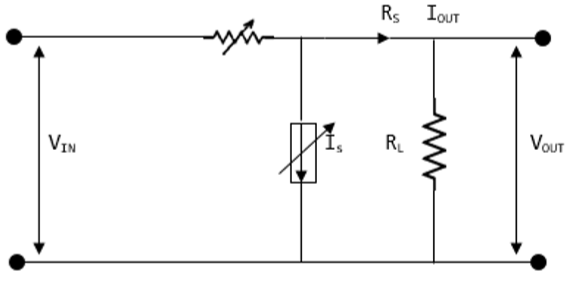 An SMPS (switched mode power supply) refers to an electronic device that uses a switching regulator for the purpose of converting electrical power in an efficient manner. SMPS takes power from the main power lines and transfers it to a load. For example, a computer while ensuring the voltage and current characteristics are converted.

The difference between an SMPS and a linear supply of power is that the former keeps switching ON and OFF during low dissipation and uses less time during high dissipation regions. This ensures less energy is wasted. Actually, an SMPS does not dissipate any power.

The size of an SMPS is smaller and very light, compared to a normal linear supply power device of the same size and shape.

The figure below shows the circuit diagram for an SMPS. When the switching frequency is varied, the stored energy can be varied for each cycle and hence the voltage output is varied.

The waveforms below are for a half bridge converter also known as a push-pull. It is used in applications utilizing high power. The input voltage is halved as indicated in the waveform. 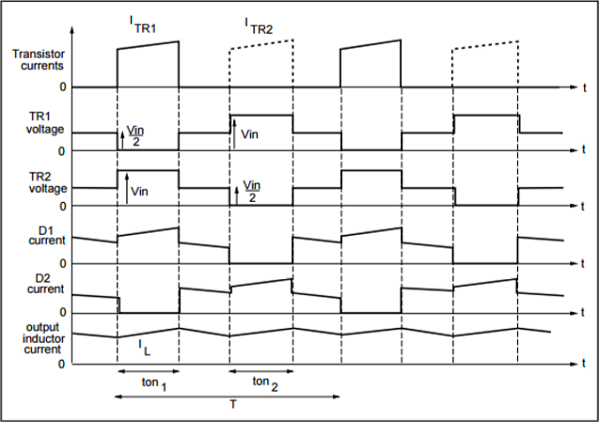