Mantis relates issues with Versions and this relation can be seen in Change Log. Based on the fix version in the issue, Change Log separates the issues and provides details in which the release/version functionalities are covered.

The Change Log information is used to include software release information. It helps users determine the specification in new releases. It answers usual questions such as: 'What’s new?', 'What has been fixed?' and 'Are there security fixes?'

Each project can have several versions. Users report issues against the released versions and the developers typically fix issues in the upcoming versions.

For an issue to get recorded in the Change Log, following criteria should be fulfilled. The issue must have −

The following screenshot shows the above criteria being fulfilled in the details page. 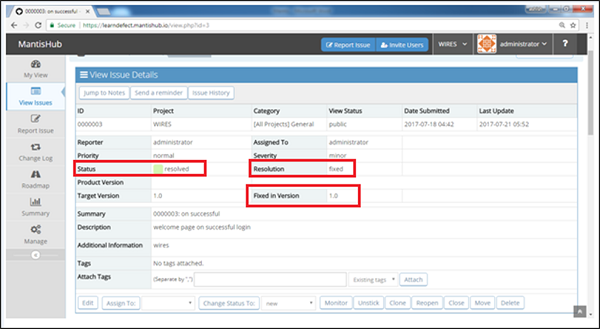 The following screenshot displays how the same issue appears in the Change Log section. At the right top corner of the screen, it displays the version and project name as well.

Click on View Issues will display the details of the issue. 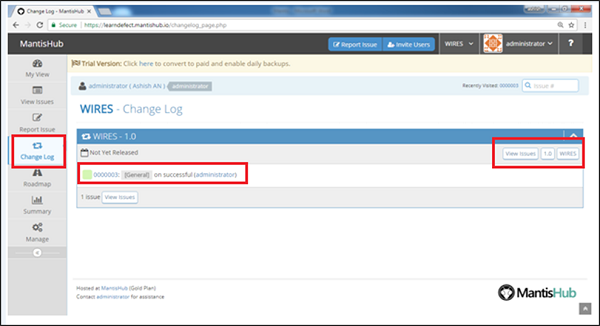