A research team at the University of California has found that electronic cigarettes produce a stress response in brain stem cells. Stem cells are those that become specialised cells with more specific functions, such as brain cells, blood cells. ECs are harmful nicotine-delivery devices that aerosolize nicotine and flavour chemicals through heating.

Even short-term exposure can stress cells in a manner that may lead, with chronic use, to cell death or disease. The youth and pregnant women are most affected. 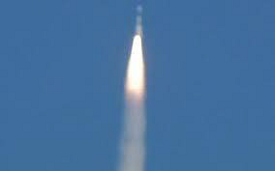 Russia successfully launched its Soyuz rocket sending the Meteor M2-2 weather satellite and 32 other smaller satellites into orbit. The mission lifted off from the Vostochny Cosmodrome in eastern Russia.

The Meteor M2-2 weather satellite will provide Russian meteorologists with images of clouds, the surface of the Earth, ice cover, as well as humidity and temperature. The rest of the satellites that launched on the rocket belong to 12 other countries such as the U.S., Germany, France and Sweden, in addition to three Russian cubesats. 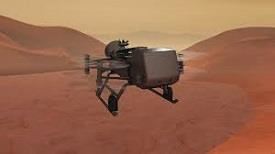 NASA announced launch of Dragonfly to search for life on Saturn’s largest moon Titan. The Dragonfly mission will fly multiple sorties to sample and examine sites around Saturn’s icy moon. Dragonfly will launch in 2026 and arrive in 2034. The rotorcraft will fly to dozens of promising locations on Titan looking for prebiotic chemical processes common on both Titan and Earth.

Dragonfly marks the first time NASA will fly a multi-rotor vehicle for science on another planet. Titan can provide clues to how life may have arisen on our planet. Titan is the second largest moon in our solar system. 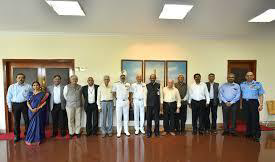 A Gaganyaan National Advisory Council has been created with members from different institutions and industries to monitor planning and preparation for the manned mission. The Gaganyaan project is on track to be realized by the 75th Independence day or earlier.

The design and configuration of major subsystems are finalised. The qualification tests pertaining to human rating of flight systems has commenced and Cryogenic Engine tests are in progress. The crew training plan is finalised and the crew selection process has commenced.

5 - India-based Neutrino Observatory (INO) to be set up at Pottipuram, Tamil Nadu 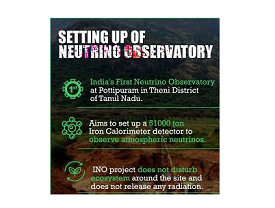 The Government of India has approved a project to build the India-based Neutrino Observatory (INO) at Pottipuram of Tamil Nadu. The project aims to set up a 51000-ton Iron Calorimeter (ICAL) detector to observe naturally occurring atmospheric neutrinos in a cavern at the end of an approximately 2 km long tunnel in a mountain.

This project will help to reduce the noise from cosmic rays that is ever present over-ground and which would outnumber the rare neutrino interactions even in a detector as large as ICAL. ICAL at INO would be the first of its type to be set up in India. 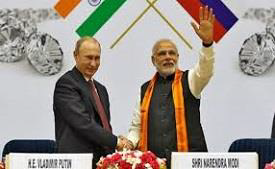 India and Russia have held high-level talks in New Delhi to elevate bilateral co-operation to the next level in the field of space, including assistance in India's maiden human space flight mission 'Gaganyaan'. The possibilities for the production of space systems in India were an important part of the discussions.

Co-operation in futuristic technologies including new space systems, rocket engines, propellants and propulsion systems, spacecrafts and launch vehicle technology were also discussed. Gaganyaan Mission, will carry Indian astronaut to space in 2022, to coincide with the 75th anniversary of Independence. 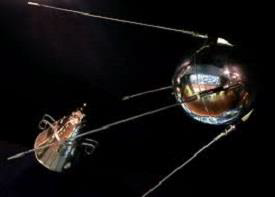 Russia launched a Powerful X-ray space telescope called Spektr-RG from cosmodrome in Baikonur, Kazakhstan.The project is a joint venture with Germany that will map X-rays across the entire sky in unprecedented detail.

Spektr-RG stands for Spectrum – Roentgen Gamma. It will provide fresh insights on the accelerating behaviour of cosmic expansion. It should also identify a staggering number of new X-ray sources, such as the colossal black holes that reside at the centre of galaxies.

Chandrayaan-2 is India's second mission to the moon. It comprises a fully indigenous Orbiter, Lander (Vikram) and Rover (Pragyan). The mission objective of Chandrayaan-2 is to develop and demonstrate the key technologies for end-to-end lunar mission capability, including soft-landing and roving on the lunar surface. 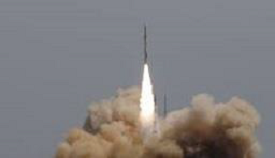 China based start-up "I-Space" became the first Chinese company to launch China’s first commercial rocket that can send a satellite into orbit. iSpace is also known as Interstellar Glory Space Technology Ltd or StarCraft Glory. It launched 66-foot Hyperbola-1 named rocket that carried 2 satellites and reached orbit at an altitude of 186 miles.

I-Space is a three-year-old company that develops solid fuel small satellite orbital launchers. Morgan Stanley has estimated it to be worth about $1 trillion by 2040.