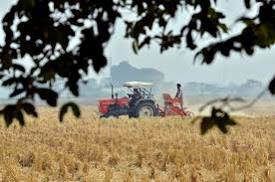 Prime Minister Narendra Modi has set up a High Powered Committee of Chief Ministers for ‘Transformation of Indian Agriculture’. Maharashtra Chief Minister Devendra Fadnavis will be the convenor of the committee, while the chief ministers of Karnataka, Haryana, Arunachal Pradesh, Gujarat, Uttar Pradesh and Madhya Pradesh have been included as members.

NITI Aayog member Ramesh Chand has been named the Member Secretary. The Committee has been asked to submit its report in two months. The Committee will discuss measures for the transformation of agriculture and raising farmers' income. 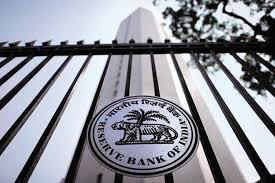 The Reserve Bank of India has constituted a working group that will review the regulatory and supervisory framework for core investment companies (CICs). Mr Tapan Ray has been appointed as Chairperson. The Working Group shall submit its report by October 31, 2019.

The terms of reference of the working group include examination of the current regulatory framework for CICs in terms of adequacy, efficacy and effectiveness of every component thereof and suggest changes therein. CICs are non-banking financial companies with asset size of ₹100 crore and above which carry on the business of acquisition of shares and securities.

The government reconstituted the Group of Ministers on sexual harassment at workplace and to strengthen legal frameworks. Union Ministers Amit Shah, Nirmala Sitharaman, Ramesh Pokhriyal 'Nishank' and Women and Child Development Minister Smriti Irani are members of the group.

The GoM was set up to examine and give recommendations for strengthening the legal and institutional framework to deal with and prevent sexual harassment at workplace in October 2018.

The committee has suggested the use of distributed-ledger technology (DLT) or blockchain in India, especially in financial services that will help reduce administration and transaction costs.