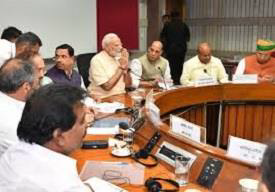 The Union Cabinet has approved the proposal to introduce The Transgender Persons (Protection of Rights) Bill, 2019. The Bill provides a mechanism for their social, economic and educational empowerment.

The Bill will lead to inclusiveness and will make the transgender persons productive members of the society. Transgender community is among one of the most marginalized communities facing problems ranging from social exclusion to discrimination, lack of education facilities, unemployment, lack of medical facilities and so on. 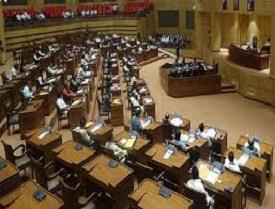 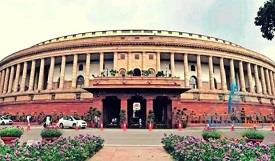 Parliament has passed the Aadhaar and Other Laws (Amendment) Bill, 2019 after it was approved by the Rajya Sabha. The bill seeks to amend Aadhaar (Targeted Delivery of Financial and Other Subsidies, Benefits and Services) Act, 2016 and to further amend the Indian Telegraph Act, 1885 and the Prevention of Money Laundering Act, 2002. 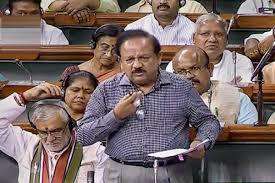 The Parliament has passed the Dentists (Amendment) Bill, 2019 after it was approved by the Rajya Sabha. The Bill seeks to make the Dental Council of India more effective and make changes in clauses relating to its membership and that of State Councils. 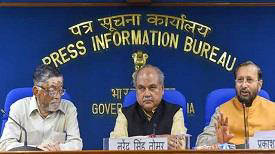 The Cabinet Committee on Economic Affairs has approved the launch of the third phase of the Pradhan Mantri Gram Sadak Yojana (PMGSY). Under the third phase of the PMGSY, it is proposed to consolidate 1,25,000 km road length in the states at an estimated cost of Rs 80,250 crore out of which central share will be Rs 53,800 crore and the state would invest Rs 26,450 crore.

Cabinet has approved the Amendments to the Protection of Children from Sexual Offences, POCSO, Act, 2012. It will make punishment more stringent for committing sexual crimes against children including the death penalty.

The Lok Sabha passed the National Investigation Agency (Amendment) Bill, 2019. The bill was passed after 278 members of Parliament (MPs) supported it, with only 6 opposing it during voting.

The bill will empower the investigating agency, seek speedy trials and convictions. It will give more teeth to the NIA in probing terror cases in India and abroad. The NIA was set up in 2009 in the wake of the Mumbai terror attack.

Under the Bill, any unspent annual CSR funds must be transferred to one of the funds under Schedule 7 of the Act like Prime Minister’s Relief Fund within six months of the financial year. The bill also seeks to empower Registrar of Companies to initiate action for removal of a company’s name if the latter is not carrying out business activities as per the Act. 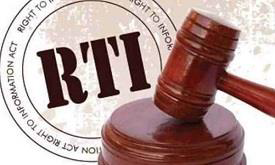 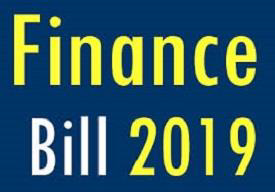 The Finance (No. 2) Bill, 2019 was passed in the parliament that gives effect to the proposals of the Central Government for the year 2019-2020. The Finance Bill 2019 contains tax proposals for the current fiscal year. 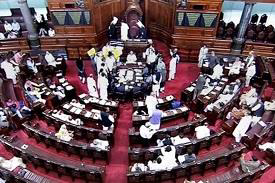 The Bill also seeks to acquire and transfer the undertakings of International Centre For Alternative Dispute Resolution (ICADR) to New Delhi International Arbitration Centre (NDIAC). The NDIAC will be headed by a Chairperson, who has been a Judge of the Supreme Court or a Judge of a High Court or an eminent person, to be appointed by the Central Government in consultation with the Chief Justice of India.

The features of the bill include, the Common final year MBBS Exams will be known as National Exit Test (NEXT) which would serve as Licentiate Exam, for entrance to Post Graduate medical course and as screening test of foreign medical graduates. The Bill also puts a cap fees on 50% of the seats in MBBS and PG colleges. 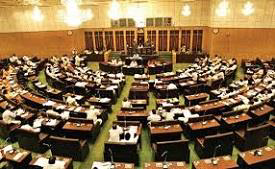 The bills are meant for facilitating more divisions in Municipalities, increasing the retirement age of professors in Medical Colleges to 65 years. The bill aimed at improving transparency and answerability of the Urban Local Bodies besides consolidate and provide constitution of Municipalities other than Greater Hyderabad Municipal Corporation in the state. 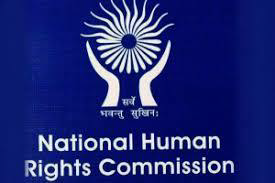 Rajya Sabha passed the Protection of Children from Sexual Offences (Amendment) Bill, 2019. The bill seeks to enhance punishment, including a provision for death penalty, for committing sexual crimes against children. The Bill defines child pornography as any visual depiction of sexually explicit conduct involving a child including photograph, video or digital indistinguishable from an actual child. 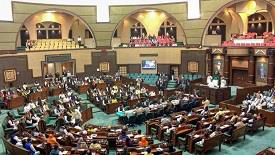 With this amendment, reservation in MP will touch 73 per cent, including 10 per cent quota for the Economically Weaker Section from the general category. Reservation for SCs in MP is 16% and for STs stands at 20%.