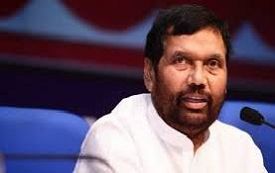 2 - K. Natarajan sworn in as Director-General of Coast Guard 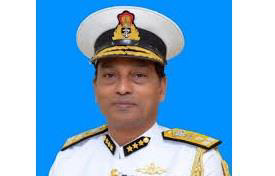 K. Natarajan was sworn in as the Director-General of the Indian Coast Guard (ICG). He is the 23rd chief of ICG and replaced Rajendra Singh. Prior to his appointment as D-G, Mr. Natarajan was the Coast Guard Commander, Western Seaboard.

Mr. Natarajan was commissioned into the ICG in 1984. The flag officer has held various important command and staff appointments, both afloat and ashore. He also served as the Commander Coast Guard District No.5 (Tamil Nadu), the Commanding Officer Indian Coast Guard Ship Mandapam. 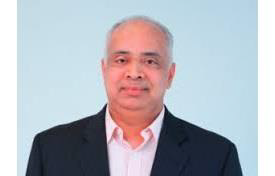 Manoj Kumar Nambiar has been elected as the Chairman of Microfinance Institutions Network (MFIN). Mr Nambiar is Managing Director of Arohan Financial Services. Vineet Chattree of Svatantra Microfin was appointed as the Vice-Chairman.

MFIN comprises 56 NBFC-MFIs and 40 associates including banks, small finance banks and NBFCs. The microfinance industry saw a 38% growth in its gross loan portfolio at Rs 1.87 lakh crore in the financial year 2018-19 as compared to Rs 1.35 lakh crore in 2017-18. 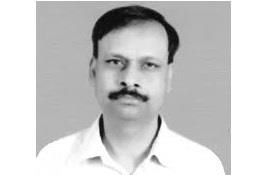 The government has appointed MTNL Chairman and Managing Director (CMD) Pravin Kumar Purwar as the CMD of Bharat Sanchar Nigam Ltd (BSNL) for a period of three months starting July 1 or till the appointment of a regular incumbent to the post or until further orders, whichever is earliest. The appointment is subject to the approval of the Appointments Committee of the Cabinet (ACC).

Purwar was selected through the Public Enterprise Selection Board (PESB) in January 2019. He replaced Anupam Shrivastava on his superannuation. 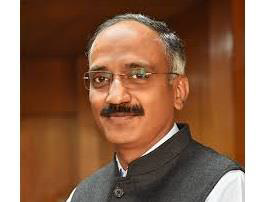 Nalin Shinghal has also experience of working with the Long Range Decision Support group of the Ministry of Railways. Bharat Heavy Electricals Limited owned and founded by the Government of India, is an engineering and manufacturing company. 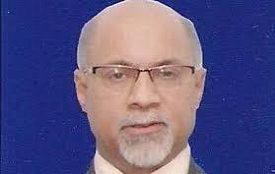 Former Executive Director of Canara Bank, Harideesh Kumar, was selected as Director of Institute of Banking Personnel Selection (IBPS) for a period of three years. He has immense domain related experience in the banking sector. He started his career with Vijaya Bank in the year 1978.

The Institute of Banking Personnel Selection (IBPS) is a recruitment body that was started with an aim to encourage the recruitment and placement of young graduates in public sector banks in India, other than the State Bank of India. 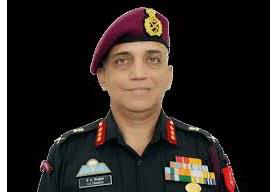 Lieutenant General Shailesh Tinaikar has had a long and distinguished career with the Indian Armed Forces spanning over thirty-four years. He graduated from the Indian Military Academy in 1983 and is currently Commandant of The Infantry School since July 2018. 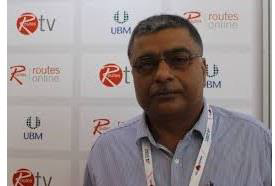 The Appointments Committee of the Cabinet has approved the appointment of Arun Kumar, Additional Secretary and Financial Advisor, Ministry of Civil Aviation as Director General in the Directorate General of Civil Aviation (DGCA). Kumar was heading the DGCA as an additional charge between May 31 and July 9 this year.

Kumar is an IAS officer of 1989 batch of Haryana cadre. He replaced B S Bhullar who was heading the DGCA as additional charge along with main role of additional secretary in the Ministry of Civil Aviation. 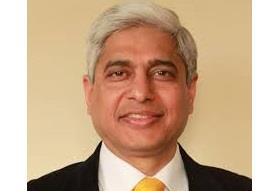 According to the Department of Personnel and Training, the Appointments Committee of the Cabinet, has approved the appointment of Vikas Swarup, as Secretary in the Consular, Passport, Visa and Overseas Indian Affairs division, in the Ministry of External Affairs with effect from 1st Aug, 2019.

Vikas Swarup, Indian Foreign Service officer of 1986 batch, is India’s current High Commissioner to Canada. He takes over from Sanjiv Arora. Swarup is author of the bestselling “Q&amp;A”, which was made into a hit film “Slumdog Millionaire”. 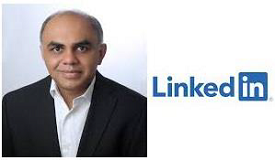 LinkedIn has appointed Ashutosh Gupta as the new Country Manager for India operations. Gupta has worked with Google, Cognizant, and Infosys and joined LinkedIn’s Marketing Solutions (LMS) in 2013.

Gupta will replace Mahesh Narayanan. Gupta will report to Olivier Legrand, LinkedIn’s managing director for Asia Pacific. LinkedIn is a Microsoft-owned social networking site for professionals. It has over 630 million global users and more than 57 million members in India.

11 - Swatantra Dev Singh appointed as new BJP chief of UP 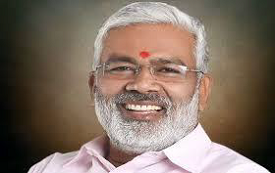 Uttar Pradesh BJP has appointed Mr. Swatantra Dev Singh as party’s state President. He replaced Mahendra Nath Pandey, who was elevated to the Union Cabinet as Minister of Skill Development and Entrepreneurship.

Mr. Singh is a two-time MLC and since 2004 has also held the posts of State general secretary and U.P. vice-president. He currently holds the post of MoS (Independent) in U.P. with the Transport, Protocol and Energy department portfolios. The journey of Swatantra Dev Singh started in 1986 when he joined RSS as a Pracharak. 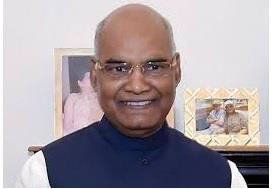 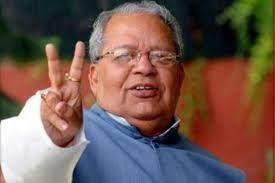 Mr. Mishra had resigned from the Narendra Modi-led government as Minister for Micro, Small and Medium Enterprises in 2017. He was a Member of Parliament from Deoria constituency in Uttar Pradesh from 2014 to 2019. 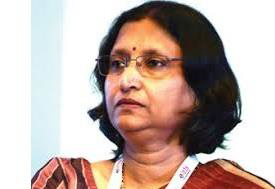 Kant is currently a Managing Director of the State Bank of India (SBI), where she previously served as Chief Financial Officer. She is a graduate in Economic Honours from Lady Shri Ram College for Women and a Post-Graduate in Economics from Delhi School of Economics. 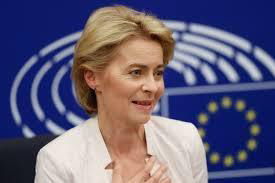 Ursula von der Leyen has been appointed as the new European Commission Chief. She is the first German to occupy the post in over 50 years and also the first female president of the commission.

Ursula von der Leyen won the support of 383 MEPs, nine votes more than required to secure an absolute majority. She will replace Jean-Claude Juncker. von der Leyen served in the federal government of Germany from 2005 to 2019 as the longest-serving member of Angela Merkel's cabinet. 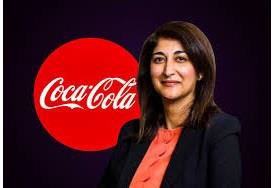 Sethi was VP Finance India and South West Asia prior to her premotion to the new role. Bhutani is currently heading Finance and Business Services verticals for its bottling arm Hindustan Coca-Cola Beverages as its Executive Director and Chief Financial Officer for over three years. 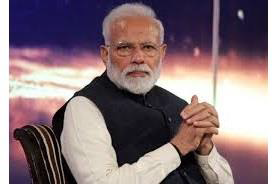 According to an order issued by Department of Personnel and Training (DoPT), the Appointments Committee of the Cabinet has appointed Vivek Kumar as the Private Secretary to Prime Minister Narendra Modi.

Mr. Kumar is a 2004 batch IFS officer. He is currently working as the Director in the Prime Minister's Office. He was appointed in PMO as Deputy Secretary in 2014. Vivek replaced Sanjeev Kumar Singla who has been appointed as India’s Ambassador to Israel. 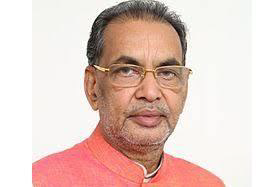 Former Agriculture Minister Radha Mohan Singh is presently a Lok Sabha MP from Bihar. An election officer is an official responsible for the proper and orderly voting at polling stations. 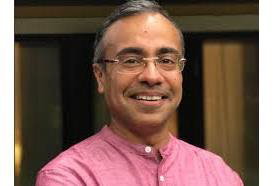 Senior diplomat Sanjeev Kumar Singla has been appointed as the next Indian Ambassador to Israel. Mr. Singla who is a 1997-batch Indian Foreign Service officer, was serving as Private Secretary to Prime Minister. He was also previously posted at the Indian Embassy in Tel Aviv. He has replaced Pavan Kapoor, who assumed charge as the Ambassador to Israel in 2016.

In another appointment, Upender Singh Rawat has been named as the Indian Ambassador to the Republic of Panama. 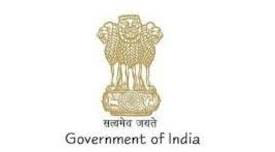 The government appointed key functionaries in 7 ministries and organizations − 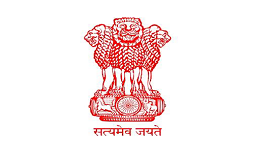 The Appointments Committee of the Cabinet has approved following key appointments in several ministries:. 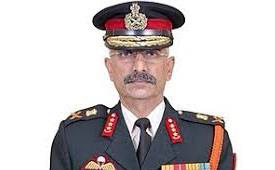 Some other reshuffling in the Indian Army are as given below −