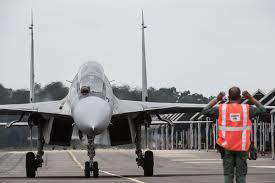 The Indian Air Force participated in a bilateral exercise with French Air Force named Exercise ‘Garuda-VI’. It was held at French Air Force Base, Mont-de-Marsan in France from 1st July to 12th of July and was the sixth edition of the Exercise. 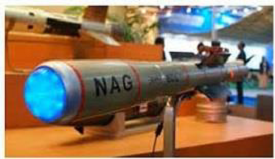 Defence Research and Development Organisation (DRDO) has carried out three successful test firings of the Nag anti-tank guided missiles in the Pokhran firing ranges. The missile is in the final stages of being inducted into the Army.

The Defence Acquisition Council in 2018 had approved the procurement of DRDO-designed-and-developed NAG Missile System (NAMIS) at a cost of Rs 524 crore. The system includes a third-generation Anti-Tank Guided Missile, the NAG, along with the Missile Carrier Vehicle (NAMICA).

The Border Security Force (BSF) has launched operation ‘Sudarshan’, to fortify the ‘anti-infiltration grid’ along the Pakistan border in Punjab and Jammu. The operation was launched on 1 July and will cover the entire over the 1,000-km length of the India-Pakistan International Border.

A huge assortment of heavy machinery, communication interceptors and mobile bulletproof bunkers has been mobilized to the borders. The BSF is the primary force guarding this frontier as the ‘first line of defence’. 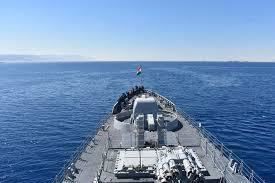 Indian Naval Ship Tarkash arrived at Tangier, Morocco on a 3-day visit. The visit is part of an ongoing Overseas Deployment by the Indian Navy to the Mediterranean Sea, Africa and Europe. The visit seeks to strengthen the bonds of friendship between India and Morocco.

INS Tarkash, commanded by Captain Sathish Vasudev, is a state-of-the-art stealth frigate of the Indian Navy, equipped with a versatile range of weapons and sensors capable of addressing threats in all three dimensions. INS Tarkash will carry out a Passage Exercise at sea with ships of the Royal Moroccan Navy. 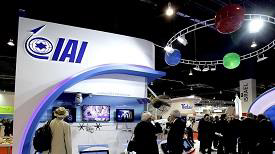 The agreement involves a range of maintenance and other services for sub-systems of Israel Aerospace’s naval medium range surface-to-air missile. The MRSAM family is an operational air-defense system used by the Israeli Navy as well as by India’s naval, air and ground forces.

The prime objectives of the SAGAR MAITRI mission are data collection from the entire North Indian Ocean, focusing on the Andaman Sea and adjoining seas and establishing long term collaboration with eight IOR countries in the field of ‘Ocean Research and Development’.

7 - India, China to carry out military exercise ‘Hand in Hand’ 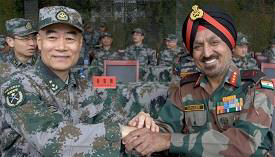 India and China will be carrying out a joint military exercise called ‘Hand-in-Hand’ at Umroi in Meghalaya in December 2019. 100-200 infantry troops of both nations will participate in the exercise. It will be based on counter-terrorism and humanitarian assistance and disaster relief operations.

The exercise was held in December 2018 at Chengdu, China. The exercise didn’t take place in 2017 due to the 72-days long standoff between Indian and Chinese troops in Doklam.

8 - Lucknow for the first time to host DefExpo India-2020 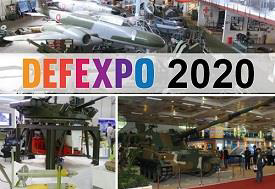 The 11th edition of biennial DefExpo India - 2020 is scheduled to be held for the first time in Lucknow in February 2020. The main theme of the DefExpo India 2020 will be ‘India: The Emerging Defence Manufacturing Hub’ and it will focus on ‘Digital Transformation of Defence’.

The DefExpo will provide an opportunity to the major foreign Original Equipment Manufacturers (OEMs) to collaborate with the Indian defence industry and help promote ‘Make in India’ initiative. The previous edition of DefExpo took place in Thiruvidanthai, Chennai in 2018. 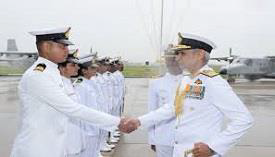 Admiral Karambir Singh commissioned Indian Naval Air Squadron (INAS) 313, the fifth Dornier aircraft squadron, into the Indian Navy. The Squadron will be operating from Chennai International Airport. With the commissioning of INAS 313, the State of Tamil Nadu will have three naval air bases; which is the highest number for any Coastal State.