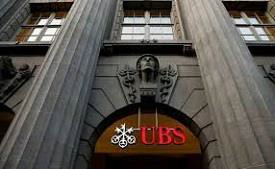 India has been ranked at 74th place in terms of money parked by its citizens and enterprises with Swiss banks as per data released by the Swiss National Bank (SNB). The UK tops the list. India was ranked 73rd last year.

India accounts for just about 0.07 per cent of the aggregate funds parked by all foreign clients of Switzerland-based banks. UK is followed by the US, West Indies, France and Hong Kong in the top five. 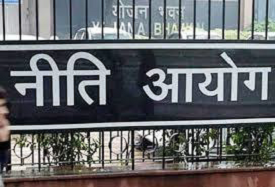 The state of Maharashtra has implemented most of the marketing reforms and it offers best environment for doing agribusiness among all the states and UTs. 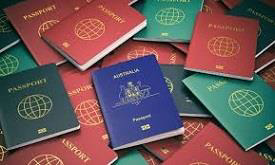 The latest Henley Passport Index 2019 ranks the Indian passport on the 86th position with a mobility score of 58. The score points out that Indian Passport holders can access 58 countries around the world without a prior visa.

4 - UNESCO Education Report presented to the Vice-President of India 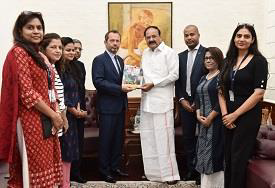 The report contains 10 recommendations, including amendments to Right to Education Act to align with the Rights of Persons with Disabilities (RPWD) Act by incorporating specific concerns of children with disabilities. The United Nations Educational, Scientific and Cultural Organization (UNESCO) is based in Paris. The current head of UNESCO is Audrey Azoulay. 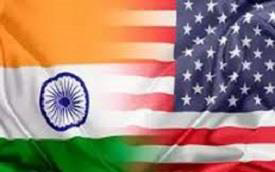 According to a recent report titled “US India Bilateral Trade Report” released by the US India Strategic and Partnership Forum (USISPF), the bilateral trade between India and the US could reach USD 238 billion by 2025 from the current USD 143 billion. This growth will occur if trade grows by 7.5% each year. 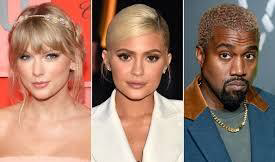 Forbes has released the “Highest paid Forbes Celebrity 100” for year 2019 list. The list was topped by singer Taylor Swift with pretax income of $185 million followed by Kylie Jenner with $170 mn earnings.

The other celebrities who were in top ten list were sports person Lionel Messi, Cristino Ronaldo, Neymar and American rapper Kanye West. There were only 16 women who made it to the list of the top 100. Indian star Akshay Kumar was placed at 33rd position in top 100 list with $65mn earnings. 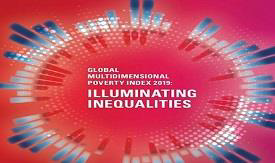 MPI results show that across 101 countries, 1.3 billion people, 23.1% are multidimensionally poor and around 886 million people live in middle-income countries. 1.3 billion poor people are children under age 18. India and Cambodia reduced their MPI values the fastest and they did not leave the poorest groups behind. 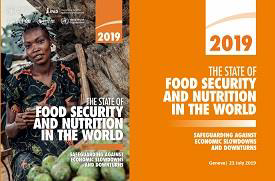 According to a UN report named 'The State of Food Security and Nutrition in the World', more than 821 million people suffered from hunger worldwide in 2018, the third year in a row that the number has risen.

On the occasion of Global Tiger Day, 29th July 2019, Prime Minister Narendra Modi released the results of the fourth cycle of All India Tiger Estimation – 2018 in New Delhi. According to survey, the count of tigers in India has risen to 2967 in 2018. The survey is conducted once in 4 years. It was 4th tiger survey since 2006.

The key findings were −

India moved up in the Global Innovation Index, 2019 by five notches to 52nd position. The Index prepared is by World Intellectual Property Organisation (WIPO). It ranks innovative performances of 129 economies around the world on 80 indicators including political environment, education, infrastructure and business sophistication.

Switzerland retained its top spot. The theme this year is Creating Healthy Lives - The Future of Medical Innovation, which aims to explore the role of medical innovation as it shapes the future of healthcare. 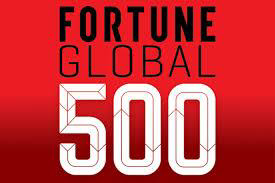 US giant Walmart remained on top of the Fortune 500 list followed by Chinese state-owned oil and gas company Sinopec Group. The third in the list is Dutch company Royal Dutch Shell followed by China National Petroleum and State Grid in the top five respectively.

Reliance Industries became the highest-ranked Indian firm in the list at 106th position leaving behind State-owned Indian Oil Corp (IOC) at 117. ONGC, SBI, Tata Motors, BPCL and Rajesh Exports are the other Indian companies to feature on the list.