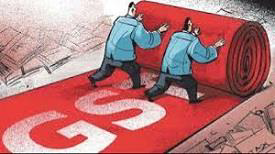 With the Goods and Services Tax (GST) having completed a year, the Ministry of Finance has declared July 1 as 'GST Day'.

The GST bill consists of the CGST Act for the Centre, SGST Act for the states, UTGST Act for Union Territories and IGST Act as Integrated GST Act for the inter-state supply of goods or services. GST aimed at bringing all taxes into a single window along the lines of the 'One Nation - One Tax - One Market' objective. 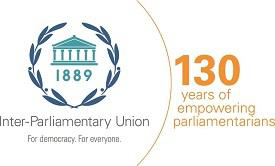 The International Day of Parliamentarism was observed across the globe on 30th June, 2019. The date was chosen by the United Nations General Assembly in Resolution 72/278 as it coincides with the day in 1889, close to 130 years ago, that the IPU-the global organization of parliaments-was founded.

The day is an opportunity to celebrate parliaments, as the cornerstone of democracy, and as institutions designed to improve the lives of the people they represent. 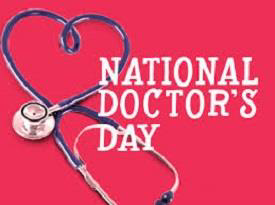 The National Doctors’ Day was celebrated across India on 1st July to honour the legendary physician, Dr. Bidhan Chandra Roy who was honoured with the Bharat Ratna on 4 February 1961. The day pays tribute to all those in the medical profession.

The International Asteroid Day is observed annually on June 30 to "observe each year at the international level the anniversary of the Tunguska impact over Siberia, Russian Federation, on 30 June 1908, and to raise public awareness about the asteroid impact hazard."

International Asteroid Day aims to raise public awareness about the asteroid impact hazard and to inform the public about the crisis communication actions to be taken at the global level in case of a credible near-Earth object threat. 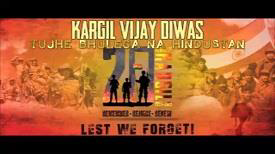 Army Chief General Bipin Rawat has released a Kargil Tribute Song to honour, salute and pay homage to the Kargil martyrs and war veterans. The song was released at a function organized in New Delhi as part of the celebration of the 20th anniversary of Kargil Vijay Diwas on 26th July.

The song, a tribute to the soldiers has been composed by eminent Hindi lyricist Sammer Anjaan and sung by Shatadru Kabir. 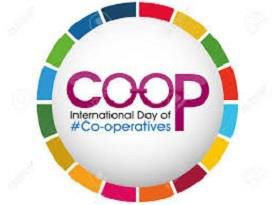 Cooperatives have been acknowledged as associations and enterprises through which citizens can effectively improve their lives while contributing to the economic, social, cultural and political advancement of their community and nation. 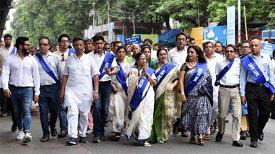 West Bengal government observed Save Water Day on 12th July, 2019. Chief Minister Mamata Banerjee and eminent persons of different fields, school students took part in a ‘Padayatra in Kolkata to spread the message of water conservation. A pledge for conservation of water was also taken on the occasion.

Since 2011, a programme of digging ponds throughout the state for conservation of water has been under process. About 3 lakhs ponds have been dug from 2011 to 2019 to deal with the water scarcity. The Day will be observed in the state each year to create awareness among people. 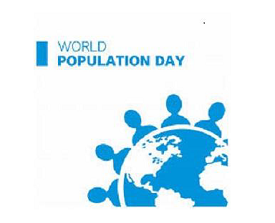 The 2019 World Population Day was observed across the globe on 11th July. This year's World Population Day calls for global attention to the unfinished business of the 1994 International Conference on Population and Development. Twenty-five years have passed since that landmark conference, where 179 governments recognized that reproductive health and gender equality are essential for achieving sustainable development. 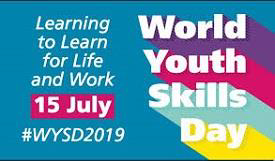 The World Youth Skills Day (WYSD) was observed across the world on 15th July. The theme for the year 2019 was “Learning to learn for life and work”. The day is observed to create more awareness and a discussion on training and development of skills for the youth in order to create a better opportunity for them when it comes to employment.

United Nations in union with WorldSkills.org organised campaigns #SkillsChangeLives and #WYSD, to raise awareness about the importance of investing in youth skills development. 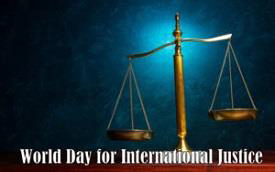 The day marks the anniversary of adoption of Rome Statute in 1998, the treaty that helped establish International Criminal Court (ICC). The aim of this day is to unite everyone who wants to support justice as well as promote victims’ rights.

World Health Organization observed "World Hepatitis Day" on 28 July based on theme “Invest in eliminating hepatitis”. The host country for World Hepatitis Day 2019 was Pakistan. The global events were held in Islamabad, Pakistan. The theme focused on investing in diagnostic tests and medicines for treating hepatitis B and C now, so that countries can save lives and reduce costs related to long-term care of cirrhosis and liver cancer that result from untreated hepatitis.

World Hepatitis Day is observed on birthday of Nobel-prize winning scientist Dr Baruch Blumberg, who discovered hepatitis B virus (HBV) and developed and vaccine for the virus.

The Central Board of Direct Taxes (CBDT) and all field offices pbserved the 159th Income Tax Day i.e. AaykarDiwas on 24th July, 2019. Several outreach programmes have been organized across the country to promote payment of taxes as a value norm.

It was on 24th July, 1860 that Income Tax was introduced for the first time in India by Sir James Wilson to compensate for the losses incurred by the British regime during the first war of independence against British Rule. This is why 24th July is observed as the Income Tax Day. 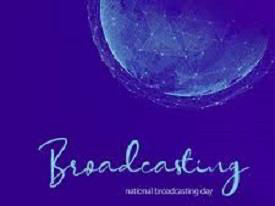 India observed July 23 as “National Broadcasting day”. On this day in 1927, the first ever radio broadcast in India went on the air from the Bombay Station under a private company, the Indian Broadcasting Company. Since then, All India Radio has been serving to inform, educate and entertain the masses, living up to its motto - Bahujan Hitaya Bahujan Sukhaya.

All India Radio has 414 stations in 23 languages and broadcasts in 179 dialects.