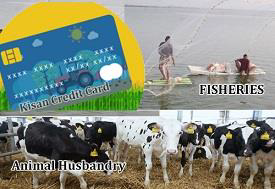 During the financial year 2018-19, SBI through its specialised Project Finance & Structuring Business Unit has extended financial assistance of about Rs 51,000 crore to 47 infrastructure projects. The Economic Survey 2018-19 stated that performance of the banking system has improved as Non- Performing Asset (NPA) ratios declined and credit growth accelerated. As per RBI reports, Rs 50,000 crore has been received by banks from previously non-performing accounts. RBI also reported that additional Rs 50,000 crore has been "upgraded" from non-standard to standard assets.

ICICI Bank has partnered with IndoStar Capital Finance Limited (IndoStar), a systemically important Non-Banking Finance Company (NBFC), to finance small and medium fleet owners to purchase used and new commercial vehicles (CV). This is a first-of-its-kind lending programme in the country between a commercial bank and an NBFC to finance commercial vehicles.

Under this partnership, IndoStar will originate and service the customers through the entire loan life-cycle including sourcing, documentation, collection and loan servicing. ICICI Bank will provide funding to these customers, who have so far limited access to organised credit.

Bharti AXA Life POS (Point of Sale) Saral Jeevan Bima Yojana is a pure life term insurance plan which is aimed at the underinsured segments in India for policy cover of either 3 lakh or 5 lakh. Any individual between the ages of 18 and 55 can enroll for this product without the need to undergo a medical examination. Karnataka Bank Ltd has launched the web tool – ‘Vasool So-Ft’ (Vasool So-Fast) – for digitalising the NPA (non-performing asset) recovery process of the bank. The tool will provide an end-to-end solution through an easier and faster process, enhanced transparency and real time information.

With this tool, Karnataka Bank can get all the steps related to recovery from identifying the account as NPA till its resolution in digitized format. A Non-performing asset (NPA) is defined as a credit facility in respect of which the interest and/or installment of principal has remained 'past due' for a specified period of time. 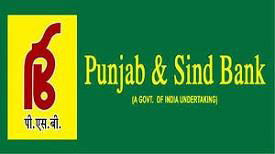 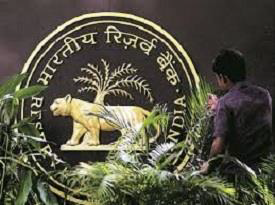 The Reserve Bank of India has launched Utkarsh 2022, a three-year roadmap to improve regulation and supervision. All central banks in the world have formulated a long-term plan and a medium-term plan. RBI has hence formulated this programme to outline what is to be achieved in the next three years.

The vision statements are mutually reinforcing and will guide RBI during the medium-term period (2019-22) through various strategies. The IL&FS debt default issue and the crisis of confidence the non-banking financial sector faced in the aftermath were some of the precursor of this roadmap. 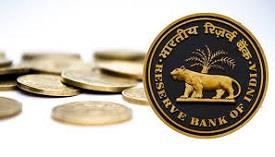 The Reserve Bank of India released the draft report of the Internal Working Group on “Comprehensive Review of Market Timings”. Since market has mixed views on the benefits of extension of market timing, IWG has recommended to revise market timings of 9 am - 9 pm instead of existing 9 am to 5 pm for forex market.

IWG has recommended timings for collateralized money market segments may be extended till 4:00 pm. RBI has invited feedback from market participants before coming to a decision. 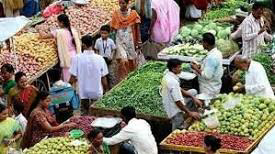 Wholesale price-based inflation declined for the second consecutive month to its 23-month low of 2.02% in June, helped by a decline in prices of vegetables as well as fuel and power items. Vegetable inflation softened to 24.76 per cent in June. Inflation in the fuel and power category cooled to minus 2.20% while in manufactured items inflation was 0.94% in June.

The government has been planning the merger of all entities into one followed by dilution of its stake in the broader entity. E&Y has been appointed as consultant to see through the completion of the merger process. 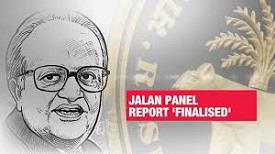 Bimal Jalan panel, which is looking into the size of capital reserve that the Reserve Bank of India (RBI) holds, has finalised the report on Economic Capital Framework (ECF). The panel has decided to recommend transfer of surplus reserves to the government in a staggered manner over three-five years based on a predetermined formula.