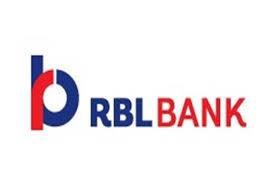 Swadhaar has a network of 331 branches across 16 states and two union territories with assets under management of around ?2,000 crore. It has a customer base of 750,000. Prior to the complete acquisition, Swadhaar was an exclusive business correspondent of the lender. 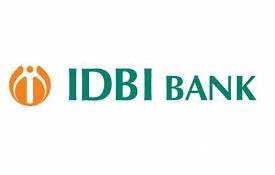 The Insurance Regulatory and Development Authority of India (IRDAI) has given its approval to allow Life Insurance Corporation of India (LIC) to increase its stake in the bank up to 51%. It was a one-time exemption to LIC to step up its stake in IDBI Bank. 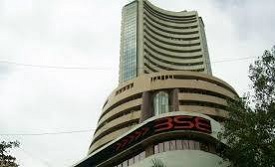 The Bombay Stock Exchange has entered into an agreement with the Bombay Metal Exchange (BME) for the growth and systematic development of commodity derivatives markets in the non-ferrous metals complex. 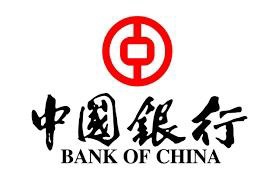 The Reserve Bank of India has issued license to Bank of China to start operations in India. The Bank of China (BoC) opened its first branch in South Asia in Pakistan's Karachi in 2017.

Bank of China is one of the very few state-owned commercial banks in China. This will be the second Chinese bank to be operating in the country. As on 1 January, 2018 Industrial & Commercial Bank of China Ltd was operating in India along with 45 other foreign banks. The United Kingdom’s Standard Chartered has the highest, 100 branches in India as of now. 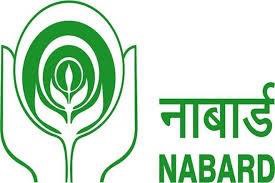 National Bank for Agriculture and Rural Development (NABARD) has sanctioned Rs 735.53 crore in the first quarter of the current fiscal under the Rural Infrastructure Development Fund (RIDF) for execution of 86 rural infrastructure projects in West Bengal.

The projects include six solar power projects, work on one medium irrigation, five minor irrigation and 12 flood protection projects, besides 57 projects of widening and strengthening of roads and five rural bridges.

6 - IBBI amends the Insolvency and Bankruptcy Board of India (Insolvency Resolution Process for Corporate Persons) Regulations, 2016 The regulations provide that wherever the corporate debtor has classes of creditors having at least ten creditors in the class, the interim resolution professional shall offer a choice of three insolvency professionals in the public announcement to act as the authorised representative of creditors in each class. 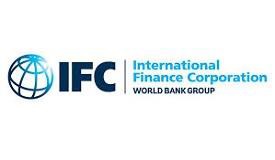 This investment will enable Mahindra Finance to further augment its growth, by extending loans to individuals, including farmers, to buy tractors, vehicles and other equipment, along with financing small and medium enterprises. IFC is the world’s largest development finance institution focused on the private sector. Since 1956, it has invested in over 400 companies in India, providing $17 billion in financing to the private sector. 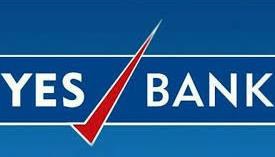 Yes Bank has received the final regulatory approval (Certificate of Registration) from the Securities & Exchange Board of India (SEBI) to commence its Mutual Fund business. This approval is subsequent to the Reserve Bank of India’s (RBI) approval granted to YES BANK to sponsor a Mutual Fund followed by SEBI’s in-principle approval received subsequently. 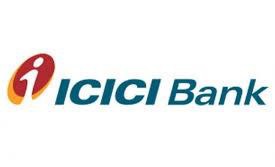 The Bank has enabled developers to obtain approvals for their projects in a paperless manner. This initiative has enabled the Bank to approve 2,000 new housing projects, completely online. The Bank has also enabled an unmatched online repository of 30,000 approved projects across 40 cities for its customers. 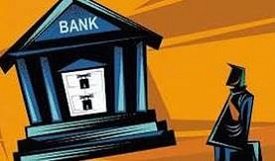 China, UAE, Cyprus and Mauritius, along with 21 other countries have been tagged as “high-risk jurisdictions” by global banks acting as custodians for foreign funds which comprise the largest group of investors in the Indian stock market. SEBI - registered foreign portfolio funds invest in India through 56 countries. Of these, 25 are now considered ‘high risk’.

Large investors and beneficial owners of these funds entering India through these high-risk jurisdictions will face close scrutiny while non-resident Indians and persons of Indian origin will run into new hurdles in participating in funds set up in these countries for trading on Indian exchanges.

Globally, America's JPMorgan Chase topped as the most valuable brand with a market cap of $353 billion, followed by Bank of America at $282 billion. Other top leading Indian brands were Housing Development Finance Corporation (HDFC), Kotak Mahindra Bank and State Bank of India. The Government has raised threshold limit for filing appeals in tax cases in order to bring down litigation by 41%. The tax department can now file appeals in ITAT / CESTAT only if the tax amount involved is 20 lakh rupees or more, up from 10 lakh rupees at present.

Appeals would be filed in High Courts if the tax amount involved in litigation is Rs 50 lakhs. For appeals in Supreme Court, the threshold limit has been hiked to Rs 1 crore. 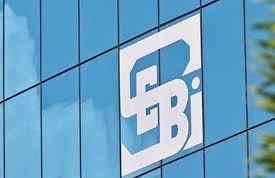 There is a huge growth potential for the bond market. Many corporates have been forced to raise funds from bond markets due to the stress in the banking sector and are likely to use this fund raising method in the future too. 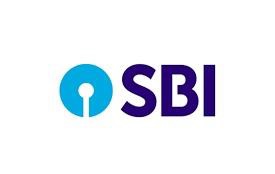 The revised MoU is tailor made to suit the requirements of serving soldiers, pensioners and families. A number of additional facilities have been incorporated in the revised MoU which include free personal accident death cover, free permanent total disablement cover and other accidental benefits to the deceased soldier and family. India has become the 69th shareholder of the European Bank for Reconstruction and Development (EBRD). This will pave the way for more joint investment with Indian companies across the EBRD’s regions.

The Indian government applied for EBRD membership in December 2017. India takes a shareholding in the EBRD but it will not be a recipient of EBRD financing. London-headquartered EBRD is a multilateral development bank set up in 1991 after the fall of the Berlin Wall. It aims to promote private and entrepreneurial initiative in emerging Europe and invests in 38 emerging economies.

The common features are − 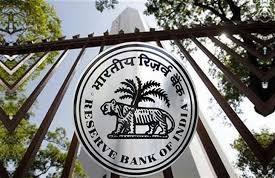 The Reserve Bank of India (RBI) has made it mandatory to incorporate the name of the purchaser on the face of the demand drafts (DDs), pay orders, banker’s cheques and similar instruments in order to address concerns arising out of possible misuse of anonymous instuments for money laundering.

The order takes effect for such instruments issued on or after September 15, 2018. According to current guidelines, any remittance of funds for value of Rs 50,000 and above shall be effected by debit to the customer’s account or against cheques, not against cash payment.

19 - SBI and NABARD tie-up for credit in Telangana 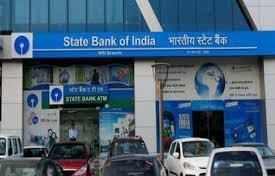 The two banks signed an MoU, along with seven NGOs from Nizamabad, Medak and Warangal districts, for the promotion and credit linkage of 2,000 JLGs during the current year. Joint Liability Group is a group of 4-10 people of same village/locality of homogenous nature and of same Socio Economic Background who mutually come together to form a group for the purpose of availing loan from a bank without any collateral. 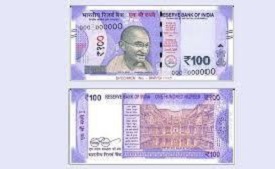 The Reserve Bank is going to issue new 100 rupee notes in lavender colour having motif of‘Rani ki vav'. Rani-ki-Vav is an 11th-century old heritage site in Patan, Gujarat, on the banks of the Saraswati River, and is a UNESCO heritage site. The Heritage site was awarded as the cleanest iconic place in India.

This is the first note designed and printed on currency paper made in India. Even the ink and security feature on the note is made by Indian Companies. 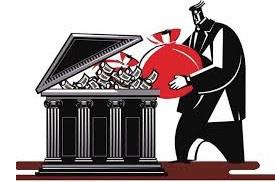 The finance ministry has approved an infusion of Rs 11,336 crore to five state-owned lenders. This is the first ever capital infusion in the current fiscal and the remaining amount of Rs 53,664 crore would be disbursed during the course of the year. 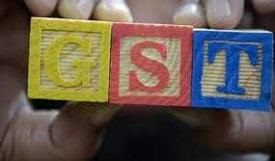 The 28th meeting of the GST Council was held in New Delhi. 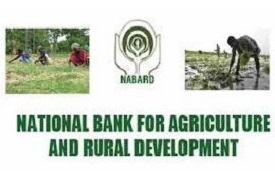 NABARD launched the Centre for Climate Change, the first of its kind in South East Asia, in Lucknow for accelerating concerted climate action by various stakeholders in government, private, financial and non -government actors. It would also support capacity building and project preparation effort in developing countries in the region as also in Africa.

24 - Banks, financial institutions sign an agreement to speed up resolution of bad loans 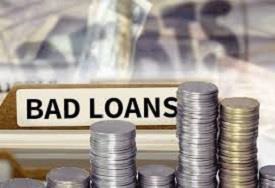 Nearly two dozen Banks and Financial Institutions, including SBI and LIC, have signed the intercreditor agreement (ICA) framework to speed up the resolution of stressed assets which are under the 500-crore rupee bracket.

The framework is part of the Project Sashakt, the report on bad bank drafted and submitted by the committee headed by Non-executive Chairman of PNB, Sunil Mehta. The objective of ICA is to resolve stressed assets fast, and will primarily focus on NPAs in the 50 crore to 500 crore bracket.