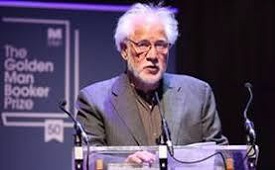 The English Patient by Michael Ondaatje won the best work of fiction from the last five decades of the Man Booker Prize. The Golden Man Booker winner was chosen on the basis of public votes. The English Patient opens in an abandoned Italian villa at the end of the Second World War where Hana, a nurse, tends to her sole remaining patient.

Michael Ondaatje is one of the world’s foremost writers, whose work has influenced an entire generation of writers and readers. Although he is best known as a novelist, Ondaatje’s work also encompasses poetry, memoir, and film.

The longlist, or ‘Man Booker Dozen’, for the £50,000 Man Booker Prize was announced by a panel of five judges. The list was chosen from 171 submissions – the highest number of titles put forward in the prize’s 50 year history. 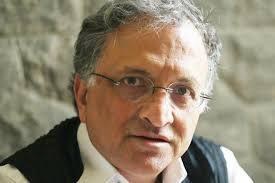 Veteran author Ramachandra Guha penned book on the father of the nation titled as "Gandhi: The years that changed the world (1914-1948)". It is expected to be released in September 2018 under publication of Penguin Random House India.

The book takes the reader through Gandhi's life, from his departure from South Africa to his dramatic assassination in 1948, the history of our freedom movement and new stances of his arguments with BR Ambedkar, Mohammad Ali Jinnah and Subhash Chandra Bose. Ramachandra Guha has also penned various other books such as "India After Gandhi" and "Gandhi Before India".