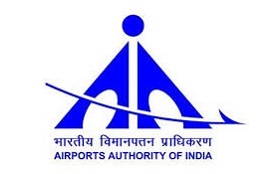 The Airports Authority of India, AAI, has allocated nearly Rs 3400 crore for the upgradation of airports in the North East region. 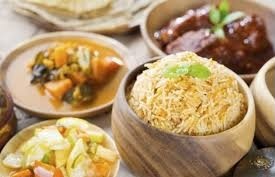 Maharashtra government issued a notification for creating an administrative framework for the implementation of the National Food Security Act, 2013.

The notification provides for setting up of the State Food Commission, creating the post of District Grievance Redressal Officer and a Targeted Public Distribution System whereby essential commodities will be made available to ration card holders through Fair Price Shops. GAIL India has responsibility to commission India's second largest rooftop solar plant at Pata in Uttar Pradesh. The solar power plant has capacity 5.76 MWp (Mega Watt peak), covering warehouses over rooftop on a total area of 65,000 square meters. It is part of target of India to have 40 GW of rooftop photovoltaics (PV) by 2022. Gail Limited is the largest state-owned natural gas processing and distribution company in India. 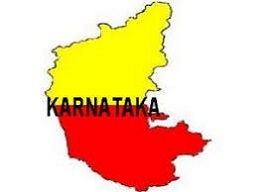 He is considered as one of the principal composers for artistes and practitioners of the most complicated genre of music. Around 1,000 musicians from all over the world paid tribute to Saint Thygaraja on 5 day festival. The Aradhana festival is observed on Pushya Bahula Panchami day when the saint attained samadhi. 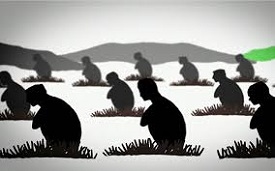 In an initiative to achieve milestone of Swatch Bharat Mission, Arunachal Pradesh was declared as ODF, well before its target of October 2, 2019. It could be completed due to reward of Rs 8,000 in addition to the Rs 12,000-grant provided by the Centre for building toilets.

Around 21 districts of Arunachal Pradesh were declared as Open Defecation Free. Other states that have been already declared as ODF in October 2017 are Madhya Pradesh, Maharashtra, Chhattisgarh, Jharkhand, and Haryana. The first draft of National Register of Citizens was released by the Registrar General of India, Sailesh, in Assam, with first batch of 19 million names out of the 32.9 million applicants from within the state as legal Indian citizens.

Citizens have the facility to check their names on website or through automatic receipt of SMS by sending an SMS on a number or through the printed version of the list at the NRC Seva Kendras. This will help in identification of illegal immigrants in Assam that borders Bangladesh. 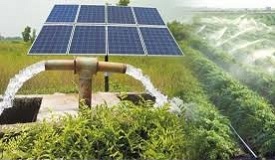 The scheme will help farmers to utilize surplus water from 50 overflowing ponds in villages, save electricity, save water and will be economical for farmers. 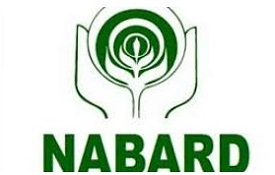 With this financial assistance, around 40,000 farmers will get assured irrigation for about 36,440 hectares of agricultural land. Prior to this loan, NABARD had previously sanctioned Rs 242.34 crore for 14 Rural Bridge Projects and Rs 10,000 crore in third quarter of the current financial year. 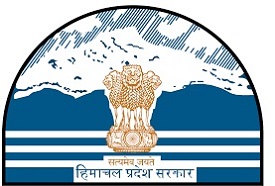 Himachal Pradesh Chief Minister launched the ‘Shakti’ app. the app has a panic button. It was developed by the National Informatics Centre (NIC) of the Himachal Pradesh government.

The app would be available in Hindi and English languages and would not require internet connectivity. Shaking the device would trigger the app to send its location through GPS. A message would then be automatically sent to the nearest police control room. 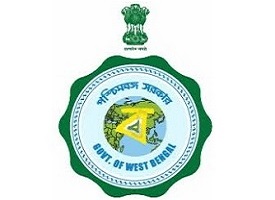 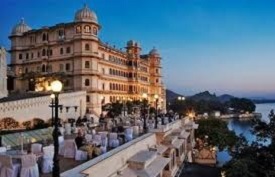 The 18th All India Whips’ Conference was held in Udaipur, Rajasthan. The two-day conference hosted around 90 Delegates belonging to 19 States and Centre.

The purpose of the conference is to strengthen the parliamentary democracy, its institutions and ultimately serve the people at large. Rajasthan CM Vasundhara Raje released a coffee table book ‘New India – We Resolve to make’, on the occasion showcasing exhibitions held at 39 destinations across the country on India’s freedom movement from 1857 to 1947. 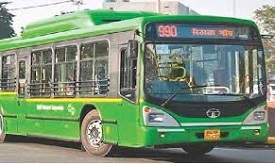 Delhi became the first city in the country to have a common mobility card for rides on public buses and the metro. The card can be presently used on 200 DTC and 50 cluster buses, apart from metro trains.

The card will function like a debit card. It will be operational in all DTC and cluster buses from April 1.

The 7th edition of the Rashtriya Sanskriti Mahotsav under the Ek Bharat Shreshtha Bharat matrix was held in Karnataka from 14th to 20th January, 2018 to celebrate the idea of unity in diversity.

The Ek Bharat Shreshtha Bharat programme was launched by the Prime Minister on 31st October, 2016 to promote engagement amongst the people of different states/UTs so as to enhance mutual understanding and bonding between people of diverse cultures, thereby securing stronger unity and integrity of India. The State paired with Karnataka is Uttarakhand. The Maharashtra state government has formalized a partnership with Johnson & Johnson. As a part of the partnership, J&J India will organize skill development programs for nurses, along with activities including training to provide care to infants in nine districts in Maharashtra with maximum rate of infant mortality.

Maharashtra’s mine workers who face an increased risk of tuberculosis will be part of awareness programs on the illness. The collaboration would also look at infection prevention, diabetes, obesity and menstrual hygiene and support healthcare professionals. 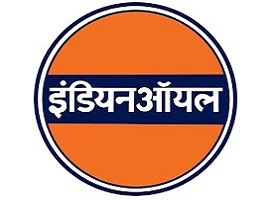 The Punjab government inked a Memorandum of Understanding (MoU) with the Indian Oil Corporation to set up bio-gas and bio-CNG plants in the state.

The plants will be set up at a total investment of Rs 5,000 crore and will generate employment for around 4,000 people. The project will be initiated with 42 plants becoming operational in 2018. Over 400 plants will become operational in the next 3-4 years. 400 units will produce about 1,400 million kg per annum CNG and 6,000 million kg per annum manure. 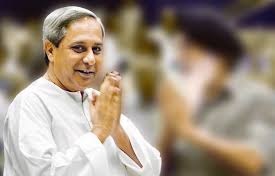 Under the scheme, the government has enhanced the monthly pension from Rs 1000 Rs 1200 to the artists. The government also reduced the minimum age to 50 years for male artists and 40 years of age for female artists. The responsibility to identify the beneficiaries has been entrusted to the District Cultural Councils. 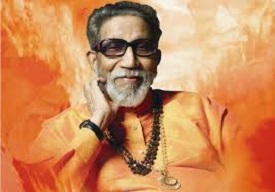 The Maharashtra government has launched `Balasaheb Thackeray Shaheed Sanmaan' scheme, under which family members of martyrs would be provided jobs with the Maharashtra State Road Transport Corporation (MSRTC).

Apart from jobs, wives of martyrs would also be provided with lifetime free bus passes. MSRTC also launched 'Sleeper Shiv-shahi' buses. The MSRTC also launched a scheme for the youth in the Naxal-affected areas, under which driving training schools would be started for them. The Maharashtra state government became the first state to unveil public cloud policy and instructed all state departments to migrate data storage onto the cloud platform. It will create $2 billion opportunity for the industry.

The Maharashtra state government has also announced its State Innovation and Start-up Policy with an aim to generate five lakh jobs in the next five years. The objectives of the policy are to attract ?5,000 crore investments in the development of incubation and start-ups. 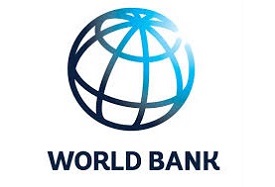 The Uttarakhand Water Supply Program for Peri-Urban Areas will help the State increase water supply coverage as well as ensure sustainable water supply service delivery in peri-urban areas. The $120 million loan from the International Bank for Reconstruction and Development (IBRD) has a 5-year grace period, and a maturity of 17 years. 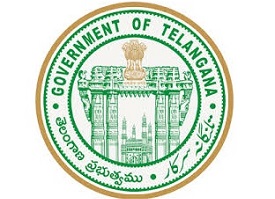 The Telangana government has signed a Memorandum of Understanding with the Clean Authority of Tokyo for municipal solid waste incineration facilities.

The two parties will exchange knowledge in municipal solid waste incineration facilities and make an effort to realize human resource exchanges in view of technical cooperation in the future. The Telangana state government also signed a letter of intent with ISE Foods of Japan to set up a solar park to support egg production facility including the development of storage devices. Raipur became the first city in the country to host Garbage Fest or Kachra Mahotsav. The Raipur Municipal Corporation organised the garbage fest from January 19 – January 22 with an aim to guide people on waste management.

During the 3-day festival, talks, competitions and cultural performances were organized. In addition, different types of workshops were held to educate people on how effectively they can start managing their waste. In this fest, there were different stalls of utility items made out of waste. 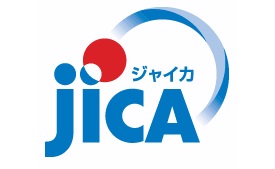 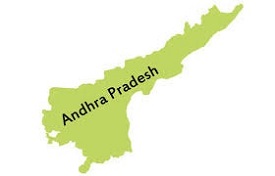 The Andhra Pradesh Government and the Canton of Zurich signed a sister-state agreement. The two parties signed a letter of intent to promote mutual prosperity and development. 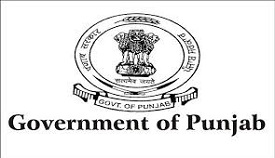 Punjab Chief Minister launched the release of benefits under 'Mahatma Gandhi Sarbat Vikas Yojana' aimed at the inclusive growth of the distressed sections of the society.

The programme's objective was to give the distressed sections the help they need, socially or economically or psychologically. It will identify poor and distressed households which have been deprived of the benefits of the various welfare schemes launched by state government.