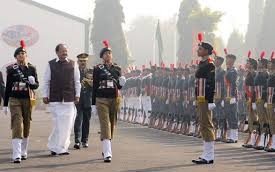 The Vice President of India, Shri M. Venkaiah Naidu inaugurated the NCC Republic Day Camp 2018 on 6th Jauary at Cariappa Parade Ground in Delhi. More than 2000 cadets from the three wings of the NCC Army, Navy and Airforce participated in the camp.

The National Cadet Corps is the largest uniformed youth organisation in the world, bringing together youth hailing from different parts of our country; including the remote and tribal areas, and moulding them into responsible, disciplined and united citizens of our great nation. 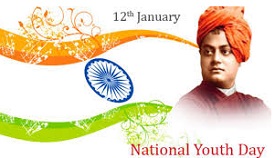 The 12th of January was observed as the National Youth Day across India. It also marks the 155th birth anniversary of India’s foremost social reformer and philosopher, Swami Vivekananda. He is a role model for the Indian youth. 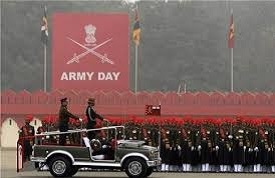 The 15th of January 2018 was observed as the 70th Indian Army Day. General Bipin Rawat, Chief of the Army Staff reviewed the Army Day Parade at Delhi. 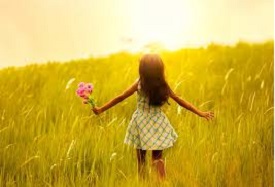 The National Girl Child day is celebrated annually on 24th of January with an aim to increase the awareness among people about all the inequalities faced by the girl child in the society.

The day is celebrated to bring focus on education, nutrition, legal rights, medical care and safety of girl children. According to census of India 2011, there are 940 females in the country against every 1000 males. The literacy rate of women is 68.4%. Almost one third of females in the country are malnourished. 26.8% of girls are forced into child marriage. 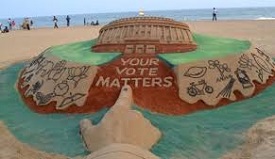 The National Voters’ Day is observed on 25th January every year. The theme this year is ‘Accessible Elections’. The Election Commission of India was founded on this day.

The day aims to spread awareness among voters regarding effective participation in the electoral process. It is a day to celebrate the right to vote and vibrant democracy of India. This will be eighth National Voters’ Day (NVD). The Election Commission of India is an autonomous and Constitutional body. 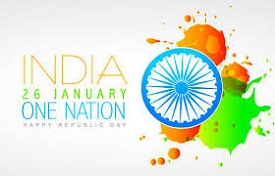 The nation celebrated 69th Republic Day marked by a grand parade from Rajpath to Red Fort. President Ram Nath Kovind took the salute of the parade. Ten ASEAN leaders attended the event as Chief Guests, in a historic first.

Marching contingents of defence and paramilitary forces and strategic defence weaponry showcased the country's military prowess. For the first time, All India Radio's tableau was part of the parade. A newly-raised all-women bikers contingent of the BSF made its debut on majestic Rajpath. 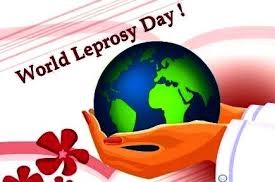 The World Leprosy Day is observed annually on the last Sunday of January. This year it was observed on 28th January. The day focuses on the target of zero cases of leprosy-related disabilities in children.

This day was chosen in commemoration of the death of Mahatma Gandhi. Leprosy is one of the oldest diseases known to humankind. It is also known as Hansen’s disease. It is an infectious chronic disease that targets the nervous system, especially the nerves in the cooler parts of the body - the hands, feet, and face.

At present Hindi as a language is spoken in more than 20 countries around the world and is being taught in 150 Universities of the world. 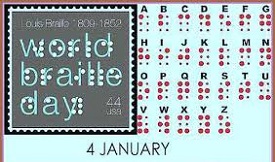 The World Braille Day is observed annually on January 4 to to honor the birth anniversary of Louis Braille. He is credited with inventing the Braille language which helps blind people to read as well as write.

NGOs and various organizations work together on this day to raise awareness about the indifference towards blind people and to help them be equal with the rest of the people.