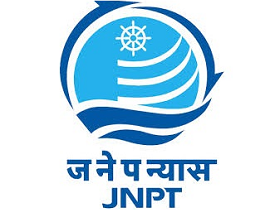 Jawaharlal Nehru Port Trust has won the “Samudra Manthan - Caring Organisation of the Year” award. The award instituted by Bhandarkar Shipping aims to fuel healthy competition in the maritime sector. The port is fully committed to the welfare of its employees and their families. 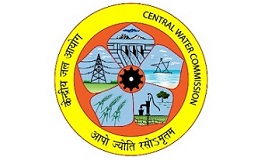 The Central Water Commission (CWC) has been conferred with the CBIP Special Recognition Award 2018 by the Central Board of Irrigation and Power (CBIP).

The award was given to CWC for promoting the health and safety of large dams in India through the World Bank aided Dam Rehabilitation and Improvement Project (DRIP). DRIP also assists in the capacity building of the Implementing Agencies through national and international training programmes in which about 3200 dam professionals have been trained on various aspects of dam safety aspects. 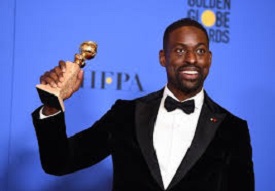 Actor Sterling K Brown created history by becoming the first African-American to win Golden Globe for best actor in a drama television series. Brown bagged the accolades for his role as Randall Pearson on NBC's breakout hit "This Is Us".

Elizabeth Moss won Golden Globe trophy in Best Drama Actress TV category for her performance in "The Handmaids Tale". Actor Nicole Kidman won the award for the Best Actress in a Limited Series. The 75th Annual Golden Globe Awards were held at Beverly Hills in California.

The 75th Golden Globe Award ceremony was held in Los Angeles, the USA. 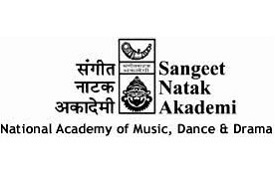 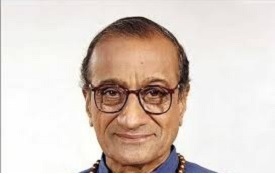 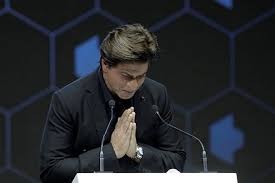 Shah Rukh Khan has received the prestigious Crystal Award at the World Economic Forum in Davos for raising awareness about human rights issues and his work for acid attacks victims.

Shah Rukh is a founder of a non-profit foundation which provides support to female victims of acid attacks and major burn injuries through medical treatment, legal aid, vocational training, rehabilitation and livelihood support. The Crystal Award is given by the WEF to artists who make a positive change in society.

The 63rd Jio Filmfare Awards 2018 was held at the NSCI Dome in Worli, Mumbai. The key winners of the award are − 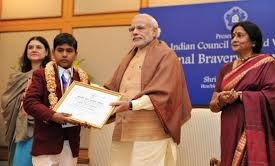 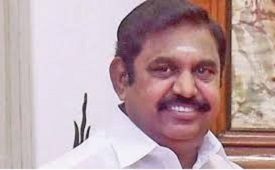 Tamil Nadu Chief Minister Edappady K. Palaniswami has been honoured with the UNESCO Award of Merit awarded to the iconic Ranganathaswamy temple in Srirangam (Tiruchy).

The Award of Merit, 2017, was given by UNESCO Asia Pacific region for the cultural heritage conservation activities taken up at the temple without altering its original splendour. The temple is dedicated to Lord Vishnu who is seen in reclining form. 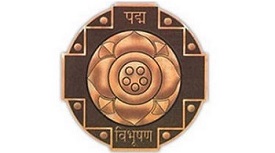 The government has announced recipients of the Padma Bhushan Awards. The ‘Padma Bhushan’ is awarded for distinguished service of high order. The list comprises 9 Padma Bhushan winners in 2018. 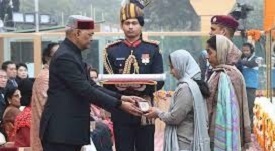 The government has announced recipients of the Padma Shri Awards. The ‘Padma Shri’ is awarded for distinguished service in any field. The list comprises 73 Padma Shri winners in 2018.

The key recipients are: 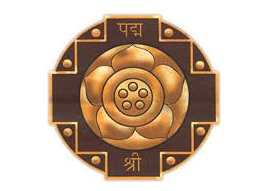 The award was received by Corporal Nirala's wife Sushmanand and his mother Malti Devi at the majestic Rajpath. Ashok Chakra is the highest peacetime military decoration for valour, courageous action or self-sacrifice away from the battlefield. 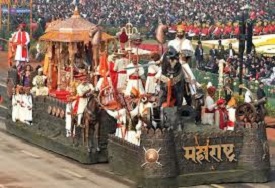 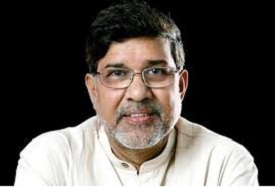 A film on the life of Nobel laureate Kailash Satyarthi has won the US Documentary Grand Jury Award at the Sundance Film Festival held at Park City in Utah.

The documentary, titled 'Kailash' has been directed by debutante Derek Doneen. It traces the journey of Satyarthi and his efforts to eliminate child trafficking and child labour. The film has been produced by Davis Guggenheim and Sarah Anthony, and co-produced by Purnima Raghunath.

Asha Bhosle has been selected for the 5th 'Yash Chopra Memorial Award'. The other four recipients of the award are playback singer Lata Mangeshkar, and actors Amitabh Bachchan, Rekha, and Shah Rukh Khan.