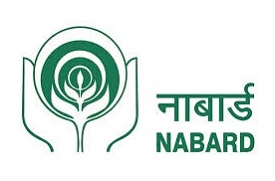 NABARD is responsible for providing and regulating facilities like credit for agricultural and industrial development in the rural areas.

2 - Customers will not be charged on debit card transactions up to ?2,000 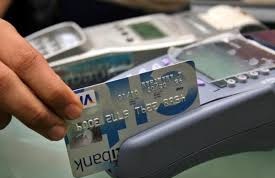 Merchant discount rate (MDR) will be borne by the government for two years with effect from January 1, 2018 by reimbursing the same to banks. 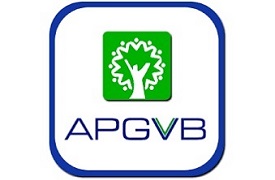 Andhra Pradesh Grameena Vikas Bank (APGVB) started operations of its first desktop mini ATM in rural area of Telangana. This is done to facilitate customers to withdraw small amounts within the branch premises. The first such mini ATM is inaugurated at Kasibugga in Mandi Bazar of Warangal in Telangana. Around 100 more desktop ATMs in different busy branches will be installed.

Desktop ATMs are designed to work in harsh climatic conditions and with minimum power requirements. 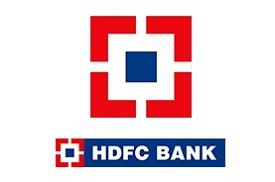 HDFC Bank entered into a partnership with Government of Rajasthan to promote and nurture the start-ups in the state. Under the MOU, HDFC Bank will partner with the state Government to provide end-to-end solutions like current accounts, credit cards and other solutions to start-ups under SmartUp programme of HDFC Bank. Further, the Bank will not only evaluate the offerings by Startups in Rajasthan but also given them an opportunity to showcase their solutions/technologies.

The bank's new SmartUp portal, start-ups will be able to tap into the knowledge and experience of a complete network of start-ups.

5 - SBI and NABARD to promote Joint Liability Groups in Bengal 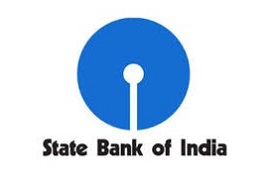 NABARD in union with SBI will promote 2,500 joint liability groups (JLGs) in selected districts of the Bengal. Both have signed MoU with 5 NGOs. With this, NABARD will be able to achieve its target of credit linking 80,000 JLGs in West Bengal in 2017-18.

Under this MoU, NABARD will provide financial assistance of 60,000 JLGs by various NGOs through 339 projects in different districts and Joint Liability Groups are the 4-10 membered groups of tenant farmers who take responsibility to repay loans taken by the group from a bank. 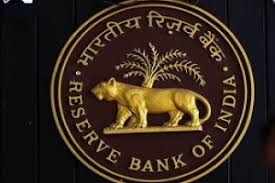 Government of India announced to launch 7.75% Savings (Taxable) Bonds, 2018 replacing 8% GoI Savings (Taxable) Bonds, 2003, to enable resident citizens/HUF to invest in a taxable bond, without any monetary ceiling. The Bonds are open to investment by individuals (including Joint Holdings) and Hindu Undivided Families. NRIs are not eligible for making investments in these Bonds. Interest on the Bonds will be taxable under the Income-tax Act, 1961. 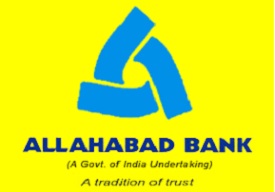 RBI has triggered Prompt Corrective Action against Corporation Bank and imposed certain restrictions on it due to high non-performing loans, insufficient CET1 Capital and negative ROA for two years in a row. RBI has earlier placed restrictions on 10 banks which such as Oriental Bank of Commerce, Dena Bank, Central Bank of India and UCO Bank. Banks are placed under PCA on basis of Risk Based Supervision Model.

Once RBI initiates PCA against a bank, it can’t open branches, recruit staff, or give employee increments, and can disburse loans only to companies with borrowing above investment grades. 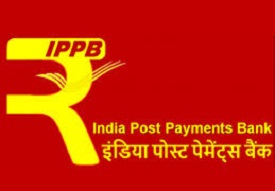 Training takes a central role as it impacts the operational efficiency as well proper utilisation of available technology. It will be agents? and bankers? understanding and initiative that will alleviate the fear of technology. 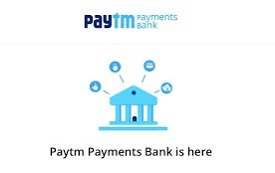 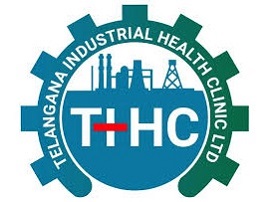 Telangana Industrial Health Clinic Ltd has been appreciated for implementing the resolution of stressed assets in micro and small manufacturing enterprises which the faced from banks. 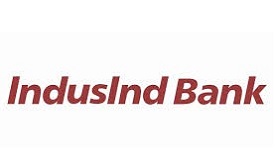 IndusInd Bank in partnership with Dynamics Inc. announced plans to introduce the first battery-powered, interactive payment cards to the Indian market in 2018.

The new card has multiple buttons that let the consumers use a single card to pay in multiple ways. With a touch of a button consumers can select credit, points or monthly installments as payment option. A different color light will activate based on the selected payment option.

Paytm announced the setting up of 'Paytm Money Limited', a wholly owned subsidiary of One97 Communications to build investment of $10 million by creating a new entity. Paytm Money is meant for offering investment and wealth management solutions to customers. Paytm will have to seek approval from SEBI for acting as an investment advisor. 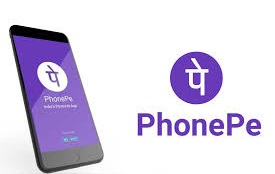 FreeCharge is an e-commerce website to recharge any prepaid mobile phone, postpaid mobile, DTH & Data Cards in India. PhonePe is a Fin-Tech company that provides online payment system based on Unified Payments Interface. 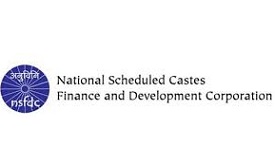 PNB, through its huge network and customer base, would act as Channelizing Agent (CA) for the loan schemes of NSFDC whereas NSFDC will provide concessional finance for setting up of self-employment projects and skill-training grants to unemployed SC persons living below the Poverty Line. 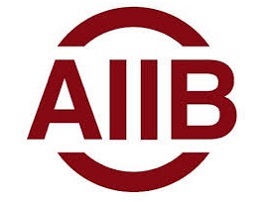 India became the top borrower from the China-sponsored Asian Infrastructure Investment Bank (AIIB) with USD 1.5 billion worth of loans in 2017 and USD three billion more in the pipeline. Indonesia has emerged as the second largest borrower with about USD 600 million loans.

AIIB has a total authorised capital of USD 100 billion. China is the largest shareholder with 26.06% voting shares while India is the second largest shared holder with 7.5% voting rights. AIIB charges about 1% to 1.5% interest with long term repayment including five-year grace period. 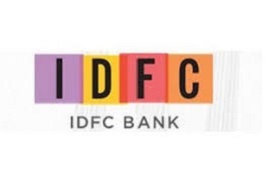 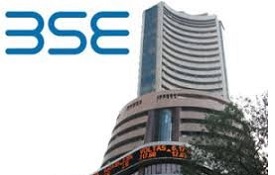 BSE's India International Exchange (India Inx) has listed Indian Railways Finance Corporation's (IRFC) first green bond on its global securities market. The 10 year $500 million worth bonds have an annual yield of 3.835% and are one of the highest credit rated bonds issued by an Indian corporate.

BSE's India Inx, which was inaugurated on January 9, 2017, is the country's first capital raising platform for international investors in any currency.

18 - Bank of Baroda partnered with Invoicemart as a TReDS partner 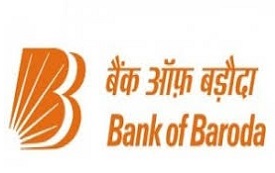 TReDS is an online mechanism that helps MSMEs unlock working capital without the hassle of applying for loans. Invoicemart a joint venture between Axis Bank and mjunction services ltd. 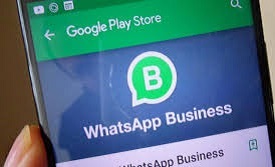 WhatsApp has launched separate Android app for small businesses that will allow companies to set up dedicated business profiles. It will help such businesses connect with their customer base in a more official way.

The app is currently available on Android and is free to download. It allows to create profiles containing information such as a business description, email or premises addresses, and website details. It has been rolled initially in Indonesia, Italy, Mexico, the UK and the US. 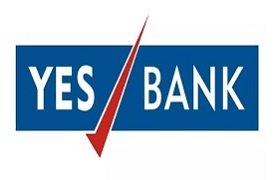 Amplus Energy Solutions has signed an MoU with Yes Bank for a strategic tie-up to co-finance solar energy projects. otal projects capacity is expected to be up to 1,000 MW under the partnership. These projects would be developed by Amplus by 2023.

The memorandum of understanding (MoU) was signed at International Solar Alliance pavilion at the World Future Energy Summit, Abu Dhabi. Yes Bank and European Investment Bank had in December 2017 announced about creation of a fund of $400 million to fund solar and wind projects in India. 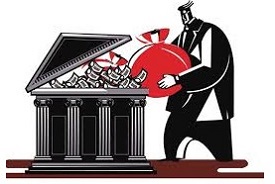 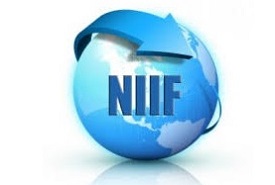 The National Investment and Infrastructure Fund (NIIF) has partnered with Dubai-based ports operator DP World Pvt. Ltd for creation of an investment platform up to $3 billion for ports, terminals, transportation and logistics businesses in India.

NIIF is India’s first sovereign wealth fund. It is the first investment platform from NIIF. NIIF was created to catalyse capital from international and domestic investors into energy, transportation, housing, water, waste management and other infrastructure and allied sectors in India. 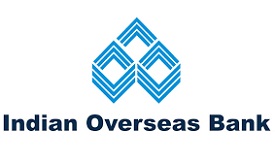 Indian Overseas Bank has signed an MoU with National Housing Bank for the Rural Housing Interest Subsidy Scheme (RHISS) of the Ministry of Rural Development.

The interest subsidy under the scheme is 3% for a loan amount of ?2 lakh for 20-year tenure. All the rural households whose name does not appears in the permanent wait list of Pradhan Mantri Awas Yojana – Gramin are eligible to apply under RHISS. 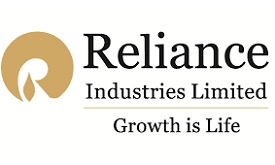 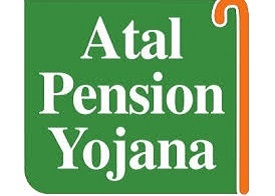 10 Small Finance Banks and 11 Payment Banks have got license from Reserve Bank of India to offer Atal Pension Yojana, APY in the country.

At present over 84 lacs subscribers are registered under the APY scheme with an asset base of more than 3,194 crore rupees. Under the scheme, a subscriber would receive a minimum guaranteed pension of 1,000 to 5,000 rupees per month from the age of 60 years depending upon the contribution.