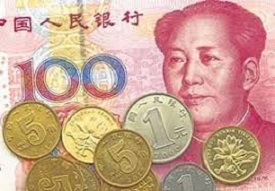 Pakistan has allowed Chinese currency Yuan for exports and financing transactions. Both public and private sector enterprises of Pakistan and China are free to choose Yuan for bilateral Trade & Investment activities.

As per current foreign exchange regulations, Chinese Yuan is an approved foreign currency for denominating foreign currency transactions in Pakistan. After signing Currency Swap Agreement with People’s Bank of China, Pakistan's state bank had taken a series of steps to promote use of Yuan in Pakistan for bilateral trade and investment with China.

2 - Norway suspended arms exports to UAE amid war in Yemen 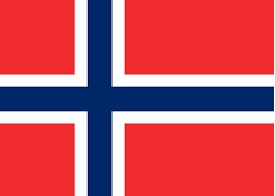 Norway suspended exports of munitions and arms to the United Arab Emirates. The action has been taken as a precautionary measure, based on its assessment of the situation in Yemen, where a Saudi-led coalition has been fighting Shiite rebels for the past three years. The UAE is part of the coalition.

Yemeni rebels, known as the Houthis, claim to have seized a US spy submarine. Yemen's war has killed more than 10,000 civilians and pushed millions to the brink of famine. 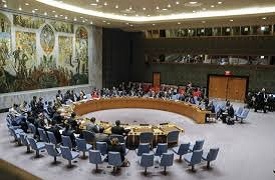 It gives primary responsibility for maintaining international peace and security to the Security Council, which may meet whenever peace is threatened. The Council is composed of 15 members with five permanent members and ten non-permanent members. 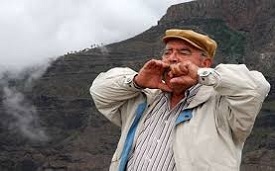 The "bird language" of Black Sea villagers in remote northern Turkey was placed in United Nations Educational, Scientific and Cultural Organization (UNESCO) list of Intangible Cultural Heritage. The bird language is called to be as unusual and very efficient whistle language used as a means of communication by villagers.

As per survey, only 10000 people in the world can speak this language. Some other whistle languages also exist in other parts of world such as Spain's Canary Islands, in Mexico or in Greek villages. 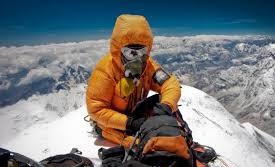 In order to reduce accidents and ensure safety, Nepal has banned solo, visually impaired and double amputee climbers from attempting its many mountains, including the world's highest peak Mount Everest. As per the new safety regulations introduced by Nepal government, such exclusions has to provide a valid medical certificate.

The new rules will bind foreign climbers must employ a local guide. Nepal is famous for its eight of the world's 14 highest peaks. 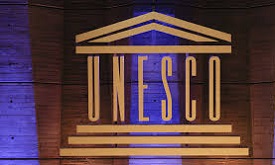 Israel announced withdrawal from United Nations Educational, Scientific and Cultural Organization (UNESCO) alongside the United States due to the organisation's criticism of Israel's occupation of East Jerusalem and its decision to grant full membership. Both the countries have decided to officially cease membership as of December 31, 2018.

UNESCO is best known for its work to preserve heritage, including maintaining a list of World Heritage sites, and promote education in developing countries. 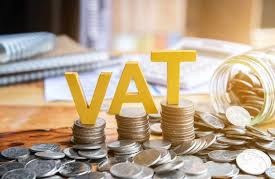 The levy of 5% value-added tax was implemented by countries Saudi Arabia and the United Arab Emirates for the first time. It is also considered as first for the Gulf. As per the estimates, 5% sales tax will help in raising $21 billion in 2018, equivalent to 2 per cent of GDP. It has been applied to most goods and services.

The other four Gulf states- Bahrain, Kuwait, Oman and Qatar are also expected to introduce VAT in early 2019. 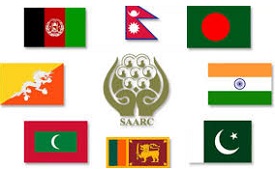 Pakistan is the only member state of South Asian Association of Regional Cooperation that has been excluded from initiative of sharing scientific databases and remote access to advanced research facilities for connecting its state-of-the heart National Knowledge Network (NKN). Pakistan has been excluded due to its continuing terrorist attacks launched by groups from across the border.

Telecom company will be appointed by government for connecting NKN to research and education networks in six South Asian Association of Regional Cooperation member states. 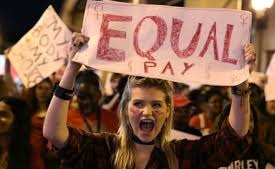 Iceland legalized equal pay for the benefit of women's rights. Under the legislation implemented, companies and government agencies having more than 25 employees will be required to obtain government certification for their equal-pay policies.

The certificate will be considered as declaration confirming that the company is paying men and women equally. With this, Iceland became first country to make unequal pay as illegal. Icelandic government has objectives to completely put an end to the wage gap by 2020. 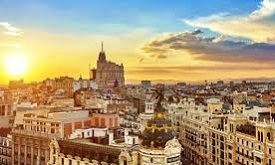 According to the US International Trade administration, international tourism to the United States shrank during the first five months of Donald Trump's presidency. Arrivals fell 5% in the first quarter and 3% in the second quarter. 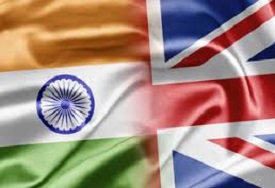 Mr. Prabhu held talks with Britain's International Trade Minister, Liam Fox, in London as part of the 12th meeting of the UK-India Joint Economic and Trade Committee to discuss greater cooperation between the two countries and identify barriers to trade and investment. 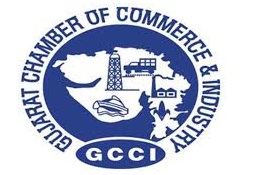 South Korea and Gujarat Chamber of Commerce and Industry (GCCI) have signed a memorandum of understanding for co-operation between industries with a focus on automobile, defence and textiles sectors.

The main objective of the MoU is to help small and medium enterprises (SMEs) in Gujarat to explore opportunities through joint ventures with South Korean firms. The SMEs can take technological help from the Korean counterparts to reduce cost. 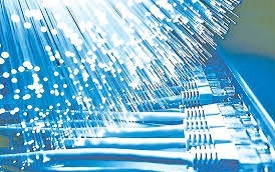 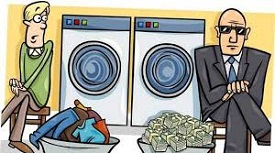 Britain's Department for Business, Energy and Industrial Strategy has announced the world's first public register that requires overseas companies which own or buy property in the country to provide details of their ultimate owners.

The government is set to publish relevant draft laws and the register will go live by early 2021. It is a move of the British government to crack down on criminals who launder money through the British property market.

15 - President of Nepal administered oath to Chiefs of seven provinces 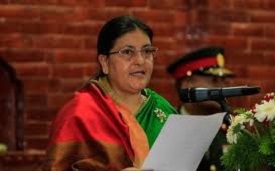 The President of Nepal, Bidhya Devi Bhandari administered oath to Chiefs of 7 provinces. The cabinet had approved names of temporary capitals and chiefs of all seven provinces of the country. 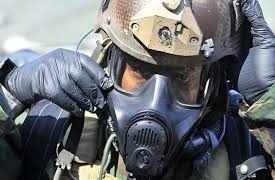 India has become a member of export control regime Australia Group. This is the third export control group which India has joined after Missile Technology Control Regime (MTCR) and Wassenaar Arrangement on Export Controls for Conventional Arms and Dual-Use Goods and Technologies.

The Australia Group works to counter the spread of materials, equipment and technologies that could contribute to the development or acquisition of chemical and biological weapons (CBW) by states or terrorist groups. 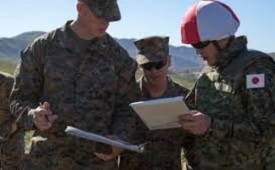 The American and Japanese military forces have launched joint exercise, Iron Fist, in the U.S. western state of California. The annual exercise is the 13th in the series and will continue through February 12.

More than 500 U.S. Marines and sailors are partnering with about 350 members of the Japanese Ground Self-Defense Force to train in fire support operations and amphibious assaults. This will be the last joint exercise before Japan establishes its Amphibious Rapid Deployment Brigade in March. 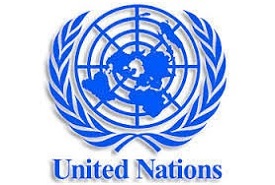 First Secretary in India's UN mission at the UN headquarters in New York, Paulomi Tripathi, handed over a cheque of USD 50,000 to UN Youth Envoy Jayathma Wickramanayake as India's contribution to the UN's youth mission which works to raise awareness and attention to youth issues globally.

The Youth Envoy’s mission is to promote the engagement of youth and advocate for them across all the four pillars of the UN’s work – sustainable development, human rights, peace and security and humanitarian action. 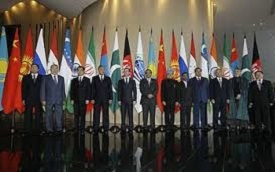 India attended its first meeting of the international military cooperation departments of the Shanghai Cooperation Organisation (SCO) since joining the bloc in 2017.

The Indian delegation was led by Major General Ajay Seth and discussed issues of practical cooperation among SCO nations. This is the first meeting attended by India in the field of defence cooperation under the SCO framework. The SCO is comprised of China, Kazakhstan, Kyrgyzstan, Russia, Tajikistan, Uzbekistan, India and Pakistan. 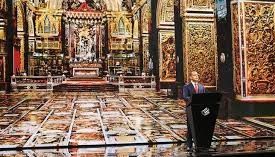 Malta's Valletta has been inaugurated as the European Capital of Culture, 2018. It was chosen as the European City of Culture on October 13. The slogan for the opening was "The festa is here", and the streets were filled with music, bands and impressive performances.

Over 140 projects and 400 events have been planned in 2018 around three main themes: island stories, future baroque and voyages. The Prime Minister of Malta is Joseph Muscat. 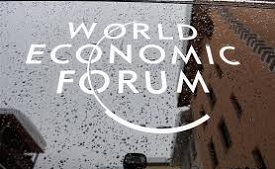 The 48th World Economic Forum Annual Meeting therefore aims to rededicate leaders from all walks of life to developing a shared narrative to improve the state of the world. The programme, initiatives and projects of the meeting are focused on “Creating a Shared Future in a Fractured World”. 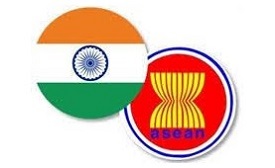 The ASEAN-India Commemorative Summit was held in New Delhi on 25th January to celebrate the 25th anniversary of ASEAN-India Dialogue Relations. The theme of the summit was “Shared Values, Common Destiny”. 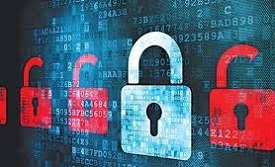 The World Economic Forum has launched a new Global Centre for Cybersecurity to help build a safe and secure global cyberspace. The centre will be based in Geneva, Switzerland.

The aim of the centre is to establish the first global platform for governments, businesses, experts and law enforcement agencies to collaborate on cybersecurity challenges. The cost of cybercrime to the global economy could go up to $500 billion annually, according to experts. 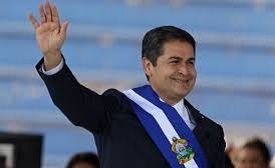 Honduran President Juan Orlando Hernandez has been sworn-in for a new term. The 49-year-old lawyer is Honduras' first President to be re-elected.

The country's 1982 constitution bars presidents from seeking a new term and conservative politicians deposed a leftist president in 2009 for allegedly even considering re-election. But Hernandez won a Supreme Court ruling in 2015 to get around that prohibition.