President Ram Nath Kovind appointed BJP leader Vinay Sahasrabuddhe as the president of the Indian Council of Cultural Relations replacing Lokesh Chandra, who was a scholar and thinker.

He has experience of working as vice-president of Rambhau Mhalgi Prabodhini South Asian academy. At present, he is also national in-charge of two departments of the party - Policy Research and Good Governance. The Indian Council for Cultural Relations, is an autonomous organisation of the Government of India, involved in India’s external cultural relations. 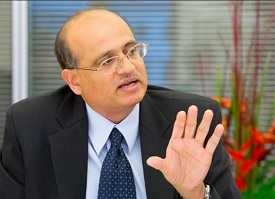 1981 IAS officer Vijay Keshav Gokhale was appointed as foreign secretary for a two-year fixed term replacing S. Jaishankar. Prior to this, he was economic relations secretary in the Ministry of External Affairs.

He has also played role of Ambassador to China and in Hong Kong and Taipei. Vijay Keshav Gokhale has been known for his traditional diplomacy. As foreign secretary, he will have to conduct many of the important negotiations for the government, planning future visits by Israel PM etc. 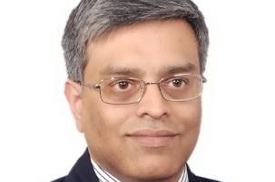 1990 IAS officer Pankaj Jain was appointed as Managing Director of India Infrastructure Finance Company Ltd. by the by the Central Government. Prior to this, he was Joint Secretary in the Department of Financial Services.

He has also been a consultant to the Commonwealth Secretariat and the Asian Productivity Organization. IIFCL is a wholly-owned Government of India company to provide long-term financial assistance to viable infrastructure projects for Financing Viable Infrastructure Projects. 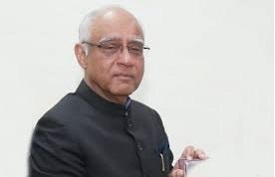 Appointments Committee of the Cabinet appointed former RAW Cheif Rajinder Khanna as the deputy NSA on re-employment and on contractual basis. He has played as country's external intelligence agency RAW.

The post was lying vacant since Arvind Gupta, a former Indian Foreign Services retired due to his tenure end. Rajinder Khanna will have to be on special duty (neighbourhood studies) with the national security council. Neighbourhood Studies prepares policy papers on countries including Pakistan, Sri Lanka, Bangladesh and Nepal. 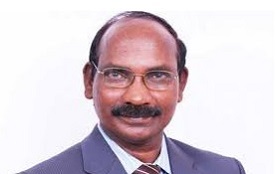 The Appointments Committee of the Cabinet based on the recommendation of the SCSC has approved the appointment of Dr. Sivan K as the next Secretary of the Department of Space, and Chairman of the Space Commission and the Indian Space Research Organisation (ISRO), with a term of three years.

K Sivan is currently Director of the Vikram Sarabhai Space Center. he took over from A.S. Kiran Kumar. He joined ISRO in 1982 in the then young PSLV project and has been project director of the GSLV rocket. 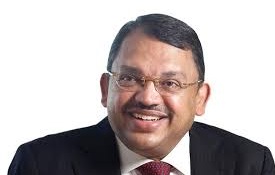 Indian-origin businessman Sunny Verghese has been appointed as the Chairman of World Business Council for Sustainable Development (WBCSD) for a twoo year term. Verghese is Co-Founder and the CEO of Singapore's agri-business group Olam International Limited.

Verghese replaced Paul Polman, the CEO of Unilever. Geneva-based WBCSD is a global network of more than 200 CEOs. The group commands a combined revenue of more than $8.5 trillion and 19 million employees. 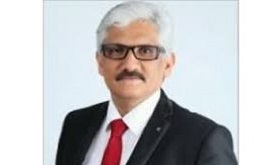 The Kerala state cabinet has appointed V.J. Mathew as the first Chairman of Kerala Maritime Board. Prakash Iyer, M.P. Shibu, M.K. Uthaman, and V. Manilal will be the government nominees on the board.

Mr Mathew is the legal consultant of Vizhinjam International container terminal company and Indian Maritime Association Co-President. The Board constituted by the government for the administration, control, and management of minor ports in the State. 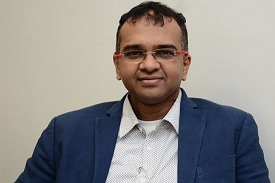 National Payments Corporation of India (NPCI) was set up in 2009 as the central infrastructure for various retail payment systems in India and was envisaged by the Reserve Bank of India (RBI) as the payment utility in the country. 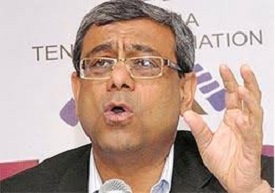 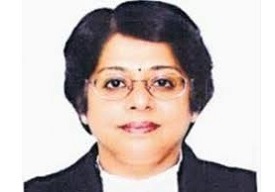 Indu Malhotra became the first woman lawyer to be directly appointed as a judge of the Supreme Court after the apex court collegium has recommended her name. She will be the seventh woman judge since independence to make it to the Supreme Court.

Uttarakhand High Court Chief Justice K M Joseph was also elevated to the Supreme Court. In 1989, Justice M Fathima Beevi became the first woman to be appointed as a judge of the apex court. 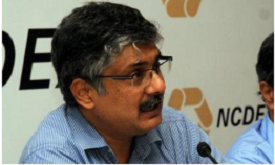 Vijay Kumar Venkataraman has taken charge as the new Managing Director and CEO of NCDEX for three years. He replaced outgoing MD and CEO Samir Shah.

Kumar is an agro-industry veteran and has worked with companies like National Bulk Handling Corporation, Cargill, Reliance Industries, Arthur Andersen, ITC Ltd, Britannia and Sharp Group. He has over 25 years of experience in leadership roles in the areas of commodity trading. 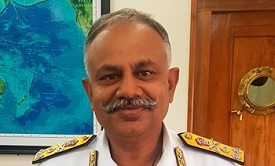 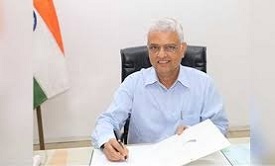 Former Finance Secretary Ashok Lawasa has been appointed as the new election commissioner against the vacancy caused by the elevation of Mr Rawat. Sunil Arora is the other commissioner in the poll body.

14 - Facebook appointed American Express CEO Kenneth I. Chenault to board of directors 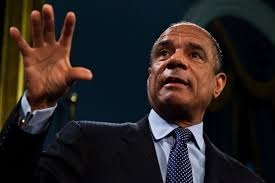 Facebook has appointed Kenneth I. Chenault, CEO of American Express, to its board of directors with effect from Feb. 5, 2018. He will be the company’s first non-white board member.

Chenault joined American Express in 1981 and has been Chairman and CEO of AmEx since 2001. He is also part of the boards of IBM, Procter & Gamble, the Harvard Corporation and others. 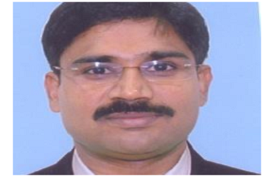 The government has appointed S Selvakumar as Chairman and Manging Director (CMD) of Security Printing and Minting Corporation of India Ltd (SPMCIL). He took over from Anurag Agarwal with effect from 16th Jaunuary, 2018.

S Selvakumar is currently Joint Secretary, Department of Economic Affairs in the Ministry of Finance. SPMCIL produces bank notes, coins, postage stamps, non-judicial stamps and other official documents. It is a state-owned entity. 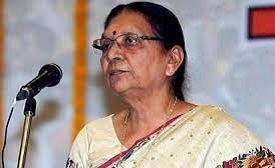 Gujarat Governor Om Prakash Kohli was holding the additional charge of the state, after Ramnaresh Yadav retired from the post in September 2016. Ms Patel, 76, was the chief minister of Gujarat from 2014 to August 2016. 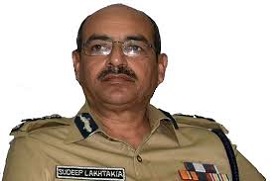 According to an order ssued by the Appointment Committee of the Cabinet, Sudeep Lakhtakia has been appointed as the new chief of National Security Guard (NSG). He will take over from S P Singh, the current chief of the elite counter terror force, who retires on January 31.

Lakhtakia is a 1984-batch Indian Police Service (IPS) officer and is currently serving as a Special Director General in the Central Reserve Police Force (CRPF). 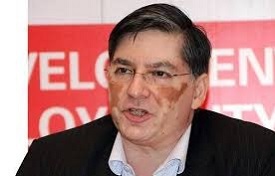 Industry Chamber FICCI has appointed Dilip Chenoy as its Director General. The position was lying vacant for two years after the retirement of Arvind Prasad. Chenoy would be looking after the day-to-day administrative affairs of the body.

Chenoy had been the Managing Director and CEO of the National Skill Development Corporation (NSDC), Director General (DG) of SIAM and Deputy DG of CII. Chenoy had resigned from NSDC in late 2015.

19 - Jerome H Powell to be the next Federal Reserve Chairman 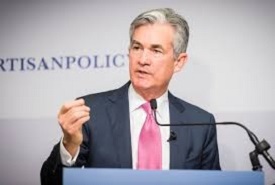 The United States Senate has confirmed the appointment of Jerome H Powell as the next Chairman of the Federal Reserve. Powell will replace Janett Yellen.

Powell is currently a Fed governor. He was first appointed to the Fed board in 2012 by President Barack Obama. He has also worked as an investment banker and private equity investor as well as in the Treasury Department under President George H.W. Bush. 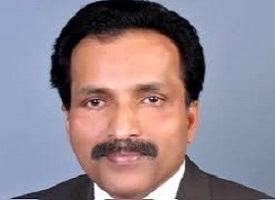 Noted scientist S Somanath has taken charge as the new Director of Vikram Sarabhai Space Center. He took over from K Sivan.

Mr Somnath was currently the Director of Liquid Propulsion Systems Center which is the lead Center responsible for liquid engines and stages for all launch vehicles and satellite programs of ISRO. He joined ISRO in 1985. he was the Associate Director (Projects) of VSSC and also the Project Director of GSLV Mk-III launch vehicle. 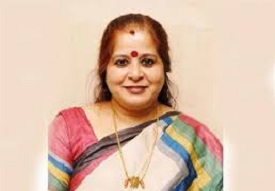 Usha Ananthasubramanian has been elected the first woman chairman of Indian Banks’ Association (IBA) for the year 2017-18 by its Managing Committee. She is the MD and CEO of Allahabad Bank. She will replace Jatinder Bir Singh.

State Bank of India Chairman Rajnish Kumar was elected Deputy Chairman of IBA for the year 2017-18. Indian Banks' Association is the industry body for banks.