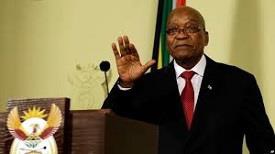 South Africa's embattled President Jacob Zuma has resigned after the ruling African National Congress (ANC) party threatened to eject him from office via a parliamentary vote of no confidence.

Zuma was the country's President for the last 9 years. Mr Zuma's resignation followed weeks of intense public pressure to step down amid long-standing corruption allegations. He led the country for more than a third of its time after apartheid. The country's Parliament elected Mr Ramaphosa as the new President. 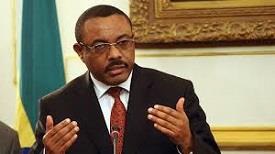 Ethiopian Foreign Minister Workneh Gebeyehu is considered to be a leading candidate to take over as new Prime Minister. Hailemariam has led Ethiopia since 2012, after the death of former leader Meles Zenawi. 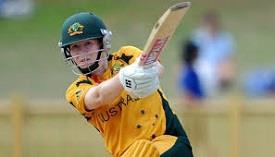 Australia's most-capped female player and vice-captain Alex Blackwell announced her retirement from international and state cricket. She made her debut in an ODI against England in 2003. She represented Australia for a total of 251 matches across all three formats.