Axis Bank has launched the fourth edition of ‘Evolve’ in Coimbatore, Tamil Nadu. It is an annual multi-city knowledge series for Bank’s small and medium-sized enterprises (SME) customers. The current edition of 'evolve' is titled as “Transform your Family Business into your dream company”. 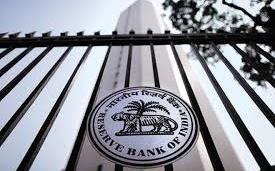 On the basis of an assessment of the current and evolving macroeconomic situation, Monetary Policy Committee maintained the policy repo rate under the liquidity adjustment facility (LAF) unchanged at 6.0%.Consequently, the reverse repo rate under the LAF remains at 5.75%, and the marginal standing facility (MSF) rate and the Bank Rate at 6.25%.

3 - RBI to link base rate with MCLR from 1 April

The Reserve Bank of India (RBI) will link the base rate for loans with the marginal cost of funds-based lending rate (MCLR) from 1 April.

RBI had introduced MCLR system with effect from April 1, 2016 to facilitate greater passing on of the benefit of reduction in policy rates to lending rates. MCLR is calculated on the basis of incremental cost of funds while base rate is calculated by taking into account average cost of funds.

4 - RBI to set up Ombudsman for Non-Banking Finance Companies 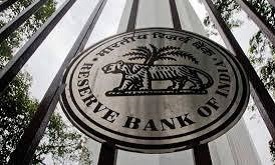 The Reserve Bank of India (RBI) has announced to set up an ombudsman for Non-banking finance companies (NBFCs) with an aim to strengthen the customer grievance redressal mechanism.

The Ombudsman Scheme is expected to be operationalized by the end of February 2018. Initially it would be started with deposit-taking NBFCs and later on cover NBFCs with asset size of Rs 100 crore or more. At present, there are around 20 banking ombudsmen with offices in major state capitals in the country. 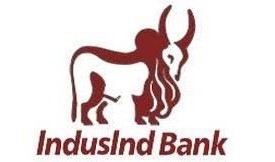 IndusInd Bank launched its new Sonic Identity which is essentially a musical logo to build the Bank's brand imagery with the strategic use of music and sound for brand experiences and audience connection.

The musical logo is also referred to as the MOGO™ (short for musical LOGO). The sonic identity is derived from the Bank's persona and core values of innovation, courage and dynamism. 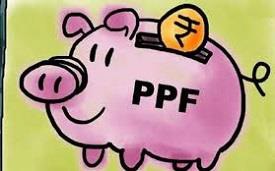 Government has proposed to allow premature closure of Public Provident Fund (PPF) accounts and permit opening of small savings accounts in the name of minor. It will make amendments in Small Savings Act in this regard. 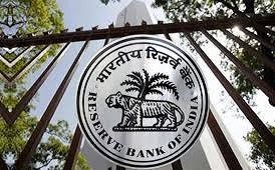 Reserve Bank of India has issued a revised framework for expeditious resolution of bad loans, harmonising the existing guidelines with the norms specified in the Insolvency and Bankruptcy Code (IBC). The new guidelines have specified framework for early identification and reporting of stressed assets.

RBI also announced to do away with the Joint Lenders' Forum (JLF) as an institutional mechanism for resolution of stressed accounts. The revised framework will govern all accounts, including those where any of the schemes have been invoked but not yet implemented. 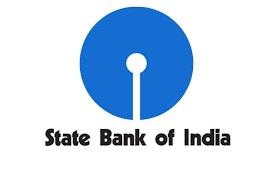 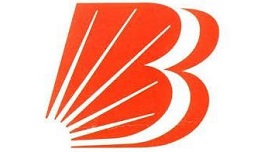 Bank of Baroda has decided to exit its South Africa operations by March-end amid a probe into alleged compliance lapses by the bank there. 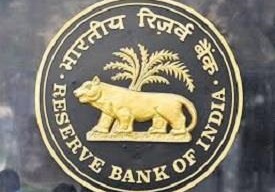 The sub-target for bank lending to the micro enterprises has been 7.50 percent of adjusted net bank credit or credit equivalent amount of off-balance sheet exposure, whichever is higher. 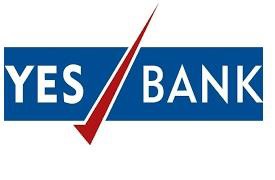 India INX is the country’s first international exchange, located at International Financial Services Centre, GIFT City in Gujarat. The bank will use the proceeds to fund the bank’s IFSC Banking Unit (IBU) in Gift City. 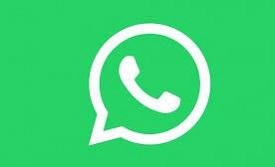 The National Payments Corporation of India, NPCI, has accorded its consent to roll out WhatsApp BHIM UPI beta launch with limited user base of one million and low per transaction limit.

Four banks will join the multi-bank BHIM UPI model. Bharat Interface for Money BHIM-Unified Payments Interface (BHIM UPI) was set up in 2009 as the central infrastructure for various retail payment systems in the country and envisaged by the Reserve Bank of India as a payment utility. 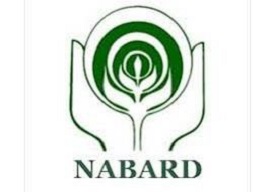 National Bank for Agriculture and Rural Development (NABARD) today entered into a memorandum with Solar Energy Corporation of INDIA (SECI) to install rooftop solar systems on its premises across the country.

The initiative is expected to generate about 4 MW solar power for the institution’s own consumption. Surplus power, if produced, will be supplied to discoms. The move is in line with NABARD and the Union government’s ongoing effort to promote clean energy. 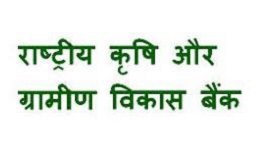 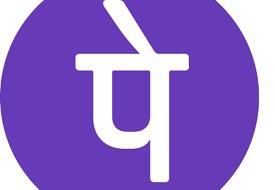 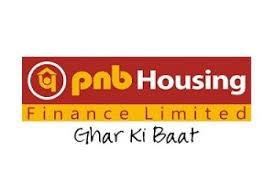 PNB Housing Finance Ltd has tied up with International Finance Corporation (IFC) to raise $800 million for green and affordable housing in India. IFC is a part of the World Bank Group.

According to the terms of the agreement, IFC and PNB Housing both will put up $400 million each. IFC will provide $150 million from its own money while the rest will be raised through masala bonds issued by PNB Housing. Masala bonds are rupee-denominated bonds issued in offshore capital markets.

17 - First sale of Electoral Bonds to commence from 1st March 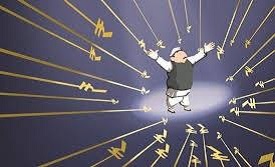 The first sale of Electoral Bonds will commence from the 1st of March for a period of ten days. The Government has authorized four branches of the State Bank of India to issue and encash Electoral Bonds initially.

Electoral Bond will be valid for 15 days from the date of issue and no payment shall be made to any payee Political Party if the Bond is deposited after the expiry of the validity period. The Bond deposited by any eligible political party to its account shall be credited on the same day. 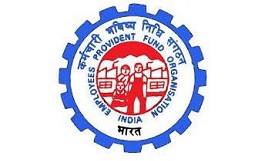 EPFO has liquidated portion of its investments in the exchange traded funds (ETFs) to bridge the gap to provide 8.55% interest this fiscal. 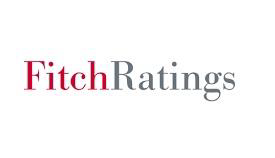 Fitch Ratings has placed Punjab National Bank's (PNB) Viability Rating on Rating Watch Negative (RWN). Currently, the viability rating stands at “BB”. The possible downgrade of rating is due to the detection of a large fraud in one of the bank’s branches amounting to Rs 11,500 crore.

Moody’s too has placed the bank under review for downgrade. The agency has a Baa3/P-3 rating while it has a Baa3 rating on its foreign currency issuer rating. The bank overall has a Baa2 rating with a stable outlook now from Moody’s. 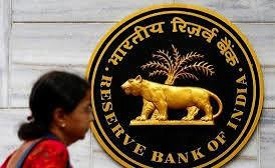 The Reserve Bank of India (RBI) has set up an expert committee to look into the issues related to classification of banks' NPAs, rising incidents of frauds and effectiveness of audits. The panel will be headed by former RBI board member Y H Malegam.

The other members of the committee are Bharat Doshi, S. Raman and Nandkumar Saravade. A.K. Misra, Executive Director, RBI, will be the Member-Secretary of the committee.

21 - Capital First given permission to merge with IDFC Bank 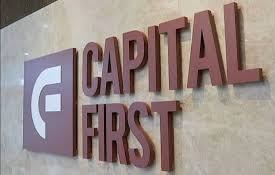 National Housing Bank approved merger of Capital First and IDFC Bank. The merger is result of IDFC Bank's stated strategy of "retailing" its business to complete their transformation from a dedicated infrastructure financier to a well-diversified universal bank, and in line with Capital First’s stated intention and strategy to convert to a universal bank.

Capital First brings with it a retail lending franchise with a loan book of Rs 22,974 crores, customer base of 3 million customers; and a distribution network in 228 locations. Post-merger, the combined entity of IDFC Bank and Capital First will have 194 branches. 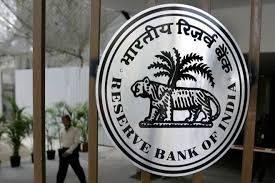 The Reserve Bank of India (RBI) launched the Ombudsman Scheme for Non-Banking Financial Companies (NBFC) for redressal of complaints against NBFCs registered with RBI under Section 45-IA of the RBI Act, 1934.

The Scheme will provide a cost-free and expeditious complaint redressal mechanism relating to deficiency in the services by NBFCs covered under the Scheme. The offices of the NBFC Ombudsmen will function at four metro centres viz. Chennai, Kolkata, Mumbai and New Delhi and will handle complaints of customers in the respective zones. 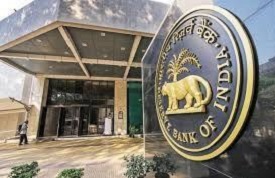 The Reserve Bank of India (RBI) has instructed all banks to integrate SWIFT (Society for Worldwide Interbank Financial Telecommunication) with core banking solutions (CBS) within 30 April, 2018.

The SWIFT system promoted in 1973 by banks globally is used to transmit messages relating to cross border financial transactions. Globally over 11,000 financial institutions in more than 200 countries use the services of SWIFT which is viewed as secure.