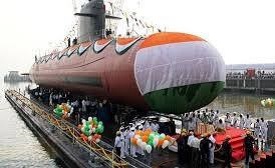 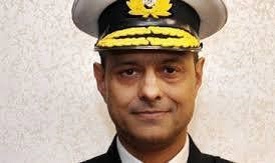 Rear Admiral Sanjay Jasjit Singhwas commissioned in 1986, in the Executive Branch of the Indian Navy. He was a graduate of the National Defence Academy, Pune, where he was adjudged the Best Naval Cadet. He has completed several post-graduate study programmes, including MSc and MPhil in Defence and Strategic Studies from Madras University. 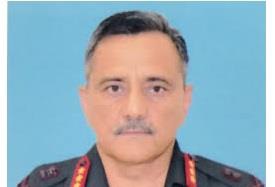 Lt. Gen Anil Chauhan has taken over as the Director General of Military Operations (DGMO) of the Indian Army. He took over from Lt General A K Bhatt who will assume charge of the Srinagar-based 15 Corps.

Lt. Gen Chauhan is known for his expertise in counter-insurgency operations in Jammu and Kashmir and the Northeast. Prior to his new appointment, he was commander of the Dimapur-based 3 Corps. He had also served as military observer for UN peacekeeping mission in Angola. 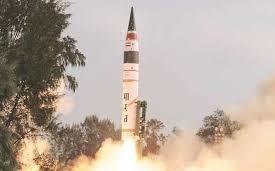 India successfully test-fired its short-range nuclear capable ballistic missile Agni-1 with a strike range of over 700 km from a test range off the Odisha coast. Defence officials indigenously developed surface-to-surface missile which was launched as a part of a periodic training activity by the Strategic Forces Command of the Army to consolidate operational readiness.

Weighing around 12 tonnes, the 15-metre-long Agni-I can carry payloads up to 1,000 kg and is capable of hitting a target beyond 700 km. The missile is also capable of carrying nuclear warheads. 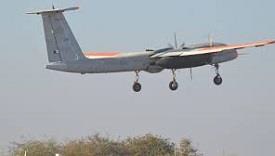 DRDO successfully flew its Unmanned Combat Air Vehicle Rustom 2 at its Aeronautical Test Range(ATR) at Chalakere at Chitradurga in Karnataka. It was the first flight in user configuration with higher power engine.

DRDO has developed the medium altitude, long endurance air vehicle for the three defence services. It can fly for 24 hours at a stretch. It can conduct sustained surveillance and can also carry weapons along. 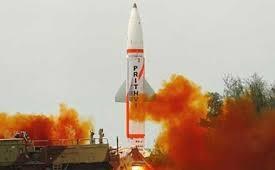 Army test fired nuclear capable Prithvi-II missile with a strike range of 350 km from launch complex-3 of the Integrated Test Range at Chandipur. Missile is capable of carrying 500-1,000 kilogram of warheads because of its 2 liquid propulsion twin engines. Missile is designed with advanced inertial guidance system with maneuvering trajectory to hit its target.

Prithvi II will be monitored by Development Organisation (DRDO) and launch activities will be carried out by Strategic Force Command (SFC) of the Army. 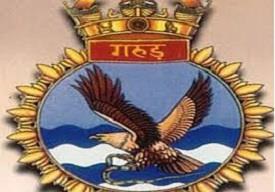 IAAMS is an ambitious project of the Indian Navy to modernise the Meteorological infrastructure of the nine Naval Air Stations. IAAMS undertakes automatic and continuous recording of relevant weather parameters that are vital for accurate weather forecasting. 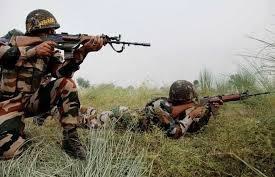 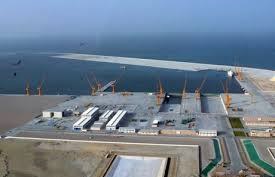 India has secured access to the key Port of Duqm in Oman for military use and logistical support. PM Narendra Modi met Sultan of Oman Sayyid Qaboos bin Said Al Said during his visit to Oman.

Following the signing of an annexure to the Memorandum of Understanding on Military Cooperation, the services of Duqm port and dry dock will be available for maintenance of Indian military vessels. The Port of Duqm is situated on the south-eastern seaboard of Oman, overlooking the Arabian Sea and the Indian Ocean. 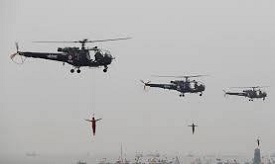 A tri-Service Maritime Exercise called ‘Paschim Lehar’ was held on the Western Seaboard. Ships, submarines and aircraft from the Western Naval Command of the Indian Navy participated in the exercise.

Units from Eastern Naval Command, Indian Army, Indian Air Force and the Indian Coast Guard are also participating to build inter-operability. The exercise included a number of weapon firings, including missile, gun and torpedo firings during the initial phase. 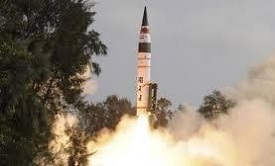 India has successfully test-fired the surface-to-surface Agni-II ballistic missile from the Abdul Kalam Island, off Orissa coast. The missile has a strike range of 2000 kilometres. The Strategic Forces Command with logistics support from Defence Research Development Organisation (DRDO) carried out the test.

The Agni-II missile can carry a nuclear payload of 1000 kilograms. The range can also be increased to 3000 kilometres by reducing the payload. Agni missile series are being developed by DRDO. 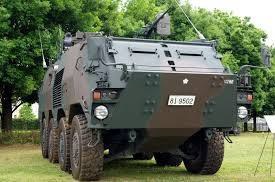 The Defence Acquisition Council, DAC, has cleared Capital Acquisition Proposals of the Services valued at over Rs 1850 crore. These include procurement of essential quantity of Infantry Combat Vehicle (BMPs-2/2k) for Mechanised Infantry and other Arms and Services at an estimated cost of over Rs 1125 crore from the Ordnance Factory Board (OFB).

The DAC also accorded approval for procurement of one Survey Training Vessel for meeting the Navy's growing 'Hydrographic Survey' needs in ports, harbours and Exclusive Economic Zone. The construction of the vessel will be done at an estimated cost of Rs 626 crore. 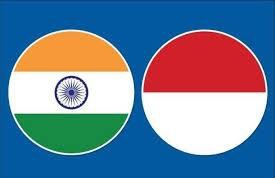 The sixth edition of the Indo-Indonesia Joint Training Exercise GARUDA SHAKTI was held at Bandung in the West Java province of Indonesia. The two-week long exercise included experience sharing in counter-terrorism operations, close quarter combat, and other areas of special operations.

The GARUDA SHAKTI is conducted on a reciprocal basis and its first edition was conducted in the year 2012 in India. The exercise is aimed at building and promoting positive relations between the two Armies of India and Indonesia. 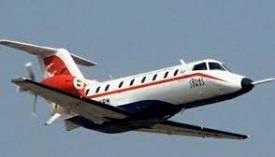 India’s indigenous light transport aircraft SARAS has successfully completed its second test flight. This was the second of the 20 test flights planned for SARAS PT1N, before freezing the production version. The first successful test was carried out on January 24, 2018.

The design and development of the aircraft is being done by CSIR-National Aerospace Laboratories, NAL. The cost of development and certification of Saras Mk2 will be around Rs. 600 crore with a time period of about 2 to 3 years. 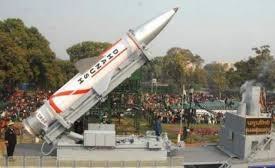 India successfully test-fired the nuclear-capable 'Dhanush' ballistic missile from a naval ship off Odisha coast. The surface-to-surface missile has a strike range of 350 km and is the naval variant of the indigenously developed 'Prithvi' missile.

'Dhanush' missile is capable of carrying a payload of 500 kg and hitting both land and sea-based targets. The Dhanush/Prithvi-III is part of the five missile platforms that have been developed by the DRDO. The others are Agni, Trishul, Akash and Nag.