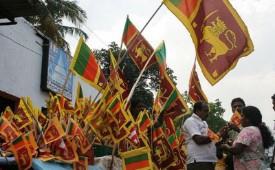 Sri Lanka celebrated its 70th Independence Day with theme "One Nation". In 1948, Sri Lanka achieved freedom from British rule. Britain's Queen, Prince Edward, Earl of Wessex, and the Countess of Wessex were invited as guests to the celebration. Celebrations took place in the presence of President Maithripala Sirisena and Prime Minister Ranil Wickremesinghe. 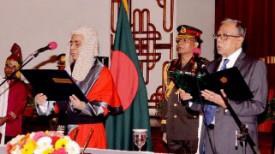 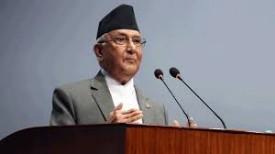 The Communist Party of Nepal (UML) Chairman KP Sharma Oli has become new Prime Minister of Nepal. President Bidya Devi Bhandari administered the oath of office and secrecy to Mr. Oli. This is the second time Mr. Oli has become the prime minister. He had served as prime minister from October 2015 to August 2016.

Nepali Congress President Sher Bahadur Deuba resigned from the post of prime minister to pave the way for formation of a new government as per the people's mandate in recent elections. 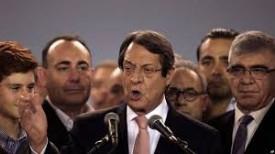 Nicos Anastasiades won elections by taking credit of recovery of Cyprus from the crisis in 2013. 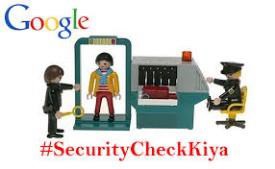 #SecurityCheckKiya campaign is aimed at protecting beginners from account hijacking, safeguard Android devices from viral apps and secure all their personal data on losing devices. Under this campaign, an app was launched "Find My Device" for those whose device is lost.

The Swedish Government and the United Nations World Food Programme (WFP) signed a Strategic Partnership Agreement, with Sweden making a historic commitment of approximately US$370 million in flexible funds to WFP over the next four years (2018 to 2021). The contribution is the largest ever made by a donor within a WFP Strategic Partnership Agreement.

For nearly a decade, Sweden has been the largest donor of flexible funds to WFP.

In the United States, House of Representatives has approved another stopgap bill to keep the federal government from shutting down. The Republican-controlled House sent to the Senate a temporary spending bill - the fifth of the federal fiscal year that began in October to extend most federal agency funding until March 23.

The bill does not contain changes to U.S. immigration law. January's shutdown came about after Democrats insisted that any spending bill must also include protections for young immigrants known as "Dreamers," who were brought to the country illegally as children. 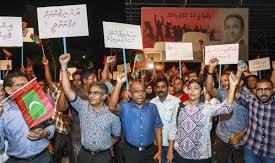 Since, Maldives president Abdulla Yameen faced arrest due to political crisis that followed a surprise Supreme Court ruling and armed troops stormed the country's apex court, country declared a state of emergency for 15 days. Under emergency, certain rights will be restricted, general movements, services and businesses will not be affected.

Former Maldives President Maumoon Abdul Gayoom also got arrested, after the state of emergency was declared. The Maldives government has come under criticism globally for its refusal to obey the court order. 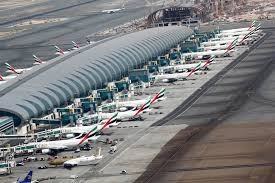 With 88.2 million passengers in 2017, Dubai International Airport has retained its No 1 ranking as the world’s busiest airport for international travel. London Heathrow was second in the list.

DIA first reached the top of the rankings in 2014 when it pipped off London Heathrow and has maintained the title ever since. Hartsfield-Jackson Atlanta International Airport in Georgia remains the world’s busiest airport overall. Hong Kong International Airport, Amsterdam Airport Schiphol and Paris-Charles de Gaulle Airport are the others in the top-five. 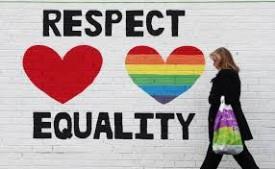 Bermuda became the first counry in the world to abolish same-sex marriage rights for its citizens. Bermudans were first granted the right to same-sex marriages after a Supreme Court ruling in May 2017.

The bill was approved by Bermuda’s governor John Rankin. The bill will not roll back same-sex marriages that have already taken place. Bermuda is a British Overseas Territory in the North Atlantic Ocean. It has its own constitution and its own government. However, the United Kingdom retains responsibility for defence and foreign relations.

On the final day, India’s Umang won the winner of the Best m-Government Service Award for the Accessible Government Category. India’s Aadhaar was awarded as the Best Government Emerging Technologies Award. The winner of the Global Universities Challenge was the London Business School. 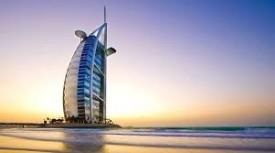 According to the latest data published by Dubai’s Department of Tourism and Commerce Marketing (Dubai Tourism), 2.1 million Indian tourists visited Dubai in 2017 with a 15% growth as compared to last year. India, thus, retained the top spot as the source market. 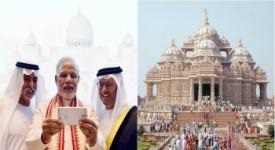 Prime Minister Narendra Modi laid the foundation stone-laying ceremony for the first Hindu temple in Abu Dhabi. This is the first stone temple to be built in Abu Dhabi. It will come up on 55,000 square metres of land.

The temple will be completed by 2020. The UAE government had allocated land for the temple during PM Modi’s first visit to the gulf country in 2015. 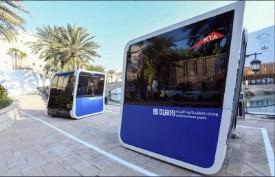 Dubai’s Roads and Transport Authority (RTA) has launched the first tests of the world’s first autonomous pods at the World Government Summit. The autonomous pods are designed in cooperation with Next Future Transportation to travel short and medium distances in dedicated lanes.

Each pod can accommodate ten riders. Its average speed is 20k/h. It is fitted with a battery that supports 3 hours of operation, and can be fully charged in 6 hours.

16 - China to host SCO summit in Qingdao in June

China will host the Shanghai Cooperation Organization Summit in June 2018 in Qingdao City. The 2017 SCO summit was held in Astana, Kazakhstan. 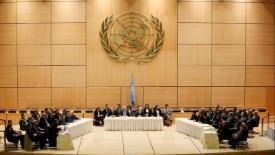 18 - Cyril Ramaphosa appointed as the New President of South Africa

Cyril Ramaphosa was sworn in as the new President of South Africa. He replaced Jacob Zuma who resigned. Ramaphosa was chosen as leader of the African National Congress in December.

Ramaphosa is one of South Africa's richest men, with an estimated net worth of $450 million. He rose to prominence as a young man fighting the white-minority apartheid regime in the 1970s and 1980s. 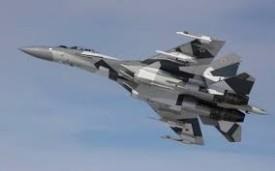 Indonesia has signed a deal to buy 11 Sukhoi Su-35 jets from Russia. The deal is worth a total 1.14 billion dollars.

Two units of Sukhoi jets will be delivered in August 2018. Another six jets would be delivered in 18 months after the contract comes into effect and the final three a further five months later. The Su-35 is a 4++ generation aircraft employing technologies of the fifth generation. They make it superior to all other 4th generation fighters now under development worldwide. 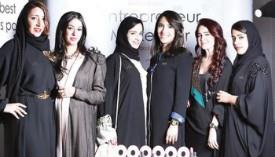 Saudi Arabia has allowed its women citizen to open their own businesses without the consent of a husband or male relative. Women can also benefit from governmental e-services without having to prove consent from a guardian.

Under Saudi Arabia's guardianship system, women are required to present proof of permission from a male guardian to do any government paperwork, travel or enrol in classes. Crown Prince Mohammed bin Salman has been leading the drive to expand the role of women in the workforce in recent months. 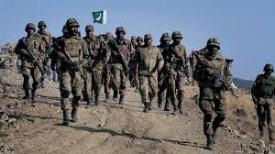 Pakistan will deploy troops in Saudi Arabia under an existing security pact on training and advise mission. Already around 1,000 Pakistani troops are deployed in Saudi Arabia.

The Pakistan Parliament had voted in 2015 not to send soldiers to the Kingdom of Saudi Arabia in order to avoid Pakistan's involvement in the Yemen conflict. Saudi Arabia has launched operations to support forces loyal to Yemen's UN-recognised President Abd-Rabbu Mansour Hadi against a Houthi rebellion.

According to a report released by the United Nations Children's Fund (UNICEF), Pakistan is home to the highest newborn mortality rates in the world. Pakistan topped the poll, with 45 newborn babies dying out of every 1,000 births in 2016. Newborn mortality rate in the Central African Republic was 42 newborn deaths, followed by Afghanistan with 40 and Somalia with 38. 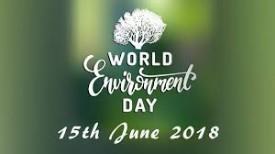 Every year the world uses 500 billion plastic bags. Each year, at least 8 million tonnes of plastic end up in the oceans. Plastic makes up 10% of all of the waste we generate. We buy 1 million plastic bottles every minute. 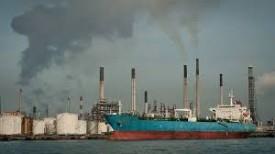 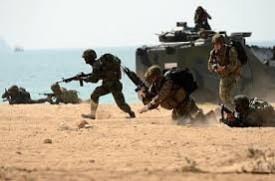 The 37th Cobra Gold Exercise was held in Thailand. A total of 11,075 Thai, U.S., Malaysian, Singaporean, Indonesian, Japanese and South Korean soldiers participated in the exercise. 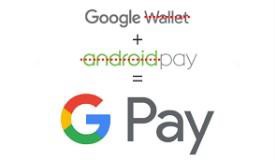 Google has launched Google Pay after combining its two payment services, Google Wallet and Android Pay. The platform includes features like the ability to pay at checkout counters with a smartphone or pay for public transportation. 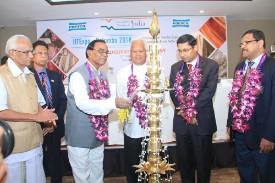 Sri Lanka has been buying textile material from India and transforming it into apparel and garments for rest of the world and has attended trainings under Indian Technical & Economic Cooperation (ITEC) programme. 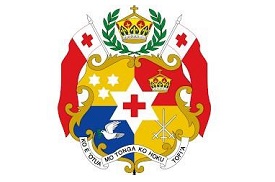 India has contributed $1 million for relief efforts in the Pacific Ocean kingdom of Tonga. Tonga was hit badly by cyclone Gita that affected about 70% of Tonga’s population. The nation’s parliament was also destroyed by the storm.

Of the total $1 million, $500,000 would be given as immediate relief to Tonga and another $500,000 would be allocated to it from the India-UN Development Partnership Fund (I-UNDPF). Tonga’s Prime Minister is Akilisi Pohiva.