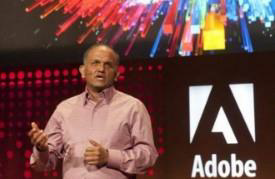 Indian-American Adobe CEO Shantanu Narayen has been elected as the Vice Chairman of the US-India Strategic and Partnership Forum. The USISPF has 31 board members. USISPF is a new organisation set up to enhance business relations between the two countries. It was set up to promote bilateral trade.

Narayen was promoted as the CEO of Adobe Systems in December 2007. Barack Obama had apppointed him as a member of his Management Advisory Board in 2011. He received an honorary doctorate from his alma mater, Bowling Green State University. 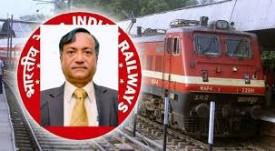 A.K.Prasad was appointed as new Financial Commissioner (Railways), Railway Board and ex-officio Secretary to Government of India. He replaced B.N.Mohapatra, who superannuated on 31st January, 2018.

Prior to this assignment, Shri Prasad was Additional Member/Finance in Railway Board. He has earlier headed the Finance and Accounts wing as Principal Finance Adviser in Northern Railway, North Western Railway, North Central Railway etc. He has also worked as Divisional Railway Manager and as Financial Adviser NDMC. 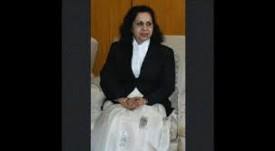 Justice Abhilasha Kumari was sworn-in as new Chief Justice of the High Court of Manipur. Governor Dr. Najma Heptulla administered the oath of office at Raj Bhavan in Imphal. 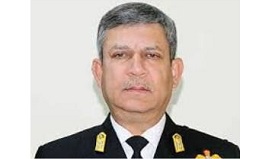 Rear Admiral Mukul Asthana, NM has been appointed as the Assistant Chief of Naval Staff (Air) at New Delhi. He was commissioned in 1986 in the Executive Branch of the Indian Navy. He is a graduate of the Naval Academy.

Rear Admiral Mukul Asthana is a recipient of the prestigious Nausena Medal. He was also conferred with the Tenzing Norgay National Award by HE the President of India in 2006.

5 - Hardayal Prasad appointed as the MD & CEO of SBI Card 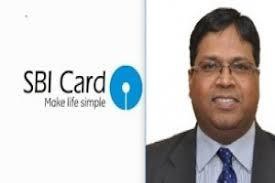 Hardayal Prasad has been appointed as the new Managing Director & Chief Executive Officer of SBI Card. Prasad has taken over from Vijay Jasuja.

Prasad joined SBI as a Probationary Officer in 1983. He has held multiple leadership positions at State Bank of India. SBI offers credit cards through its subsidiary SBI Cards & Payments Services Pvt Ltd, in which SBI owns 74% stake while Carlyle Group holds the rest.

National Payments Corporation of India (NPCI) has appointed Biswamohan Mahapatra as Non-Executive Chairman of the Board for a period of two years, with effect from February 08, 2018. He succeeds Shri B. Sambamurthy, Interim Chairman.

NPCI had appointed Dilip Asbe as its Managing Director and CEO. National Payments Corporation of India (NPCI) was set up in 2009 as the central infrastructure for various retail payment systems in India and was envisaged by the Reserve Bank of India (RBI) as the payment utility in the country.

7 - Chandrashekar Kambar elected as President of the Sahitya Akademi 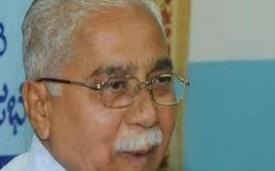 Kannada litterateur Chandrashekar Kambar has been elected as the President of the Sahitya Akademi. Hindi poet Madhav Koushik has been elected as Vice-President. Prof. Kambar secured 56 votes while Odia writer Prathiba Ray got 29 votes in the elections to the post.

Prof. Kambar has served as member of the Akademi executive board for over 10 years and was vice-president for 2013-18. The Sahitya Akademi, India's National Academy of Letters, is an organisation dedicated to the promotion of literature in the languages of India.

8 - Haruhiko Kuroda reappointed as Chief of Bank of Japan 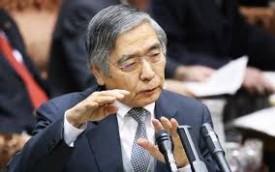 Japan's government has reappointed Bank of Japan Governor Haruhiko Kuroda for another term. Kuroda took over the BOJ’s helm in March 2013. The government also appointed Masazumi Wakatabe as deputy governor. 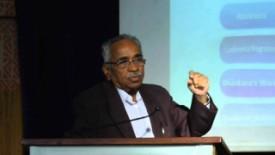 Arvind P Jamkhedkar has been appointed as the new Chairman of Indian Council of Historical Research. He will replace Professor Y Sudershan Rao, who demitted office in June 2017. He is currently serving as the Chancellor of Deccan College, Pune.

Prof. Jamkhedkar completed his doctorate in Ancient Indian Culture from Deccan College in 1966. He was selected as National Lecturer in Archaeology by the University Grants Commission in 1984. He has conducted 19 excavations at different sites in Maharashtra.