IREDA has sanctioned its first loan of Rs. 210.62 Cr. to RUMSL to finance the two solar parks at a fixed interest rate of 8.5% p.a. for entire loan tenure, moratorium from principal repayments upto 5 years and loan repayment period of upto 20 years. 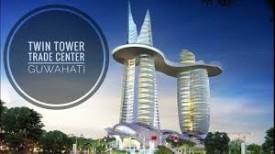 The Assam government signed an MoU with National Building Construction Corporation (India) Ltd for setting up a Twin Tower Trade Centre at Guwahati. The estimated cost of the project is Rs 1.950 crore in self-financing mode.

Guwahati is one of the 99 smart cities and is being established as a regional hub for North East India. The Government of India has planned an investment to the tune of approx. Rs 45,000 crore for the development of India's North-Eastern regions bordering China, Bhutan, Bangladesh and Myanmar. 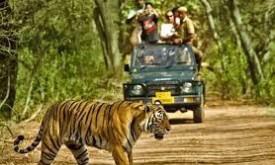 The Maharashtra government has approved Ghodazari in Chandrapur district as a new wildlife sanctuary in the state. The sanctuary will include 159 sq km of Brahmapuri forest. The forest includes 10 to 15 tigers and 23 leopards.

Maharashtra State Board for Wildlife took the decision to build the sanctuary in the North East of Tadoba. The board also approved various proposals for development works within national parks and wildlife sanctuaries. 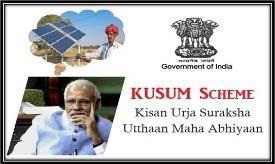 The scheme will give a boost to the farmer-oriented scheme involving decentralized solar power production up-to 28250 MW over a period of five years. 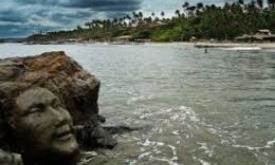 The Centre sanctioned a new project to control pollution in River Sal at Navelim town in Goa. The project would cost of Rs. 61.74 cr. Both the Centre and State will share the cost on 60:40 basis. Under the project, around 32 kms of sewers will be laid and sewage treatment plant of 3 million litres per day (MLD) constructed. The project is scheduled for completion by January 2021.

The project will help in reduction of pollution load in the river and improvement in its water quality, besides improving the environment and sanitation in the town. 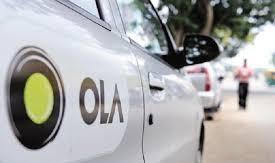 Government of Assam and Ola signed a Memorandum of Understanding (MoU) to pilot an app-based river taxi service in Guwahati. Bringing water taxis on the online platform, a localised and key mode of commute in the capital city will further strengthen the transportation ecosystem.

The river taxis will be a machine-operated boat, which is faster and safer than the conventional ones. Ola will pilot high-speed taxis on the Lachit Ghat, Machkhowa to North Guwahati route, bringing the commute time down 2-5 minutes from 45 minutes by road. 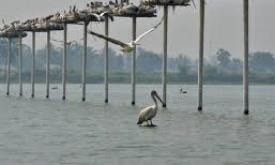 Andhra Pradesh observed first-ever pelican festival at Atapaka bird sanctuary on the borders of the Krishna and the West Godavari districts. Folk artists and local fishermen displayed rally with pomp and gaiety and the ‘dappu’ and metallic beats from Kaikaluru. The helium-filled balloons were also released on the occasion.

Many villagers witnessed the festival and enjoyed sand art, games and sports events, food at the food court organised as part of the festival. 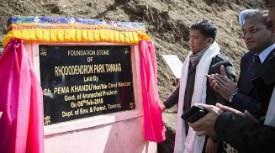 The park would be built in a total area of 1.15 hectares and would be partly funded under Border Area Development Programme (BADP). The park will have more than 30 species of rhododendrons. Tawang is home to more than 50 different varieties of the species. 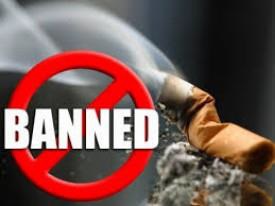 The Bihar government has banned the sale of loose cigarettes in the state. Bihar is the 12th state in the country to enforce such a ban. As per the Tobacco Control Act, anyone selling loose cigarettes would be liable for fine.

According to a survey, 80% people use loose cigarettes, 54% adults in Bihar use tobacco products and 9% of them are smokers. Around 12 lakh tobacco-related deaths occur in the country every year.

The war cry of DASTAK is “Darwaja khatkhatao, AES aur JE ko bhagao.” The vaccination work will be completed by March-April 2018. 38 districts of Uttar Pradesh are affected with AES and JE. Children of 600 schools in the affected areas will also be part of this campaign. 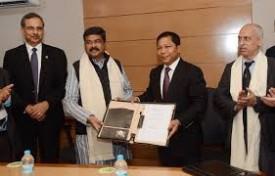 The Assam government introduced a Bill in the state Assembly to set up a yoga council for regulating the teaching and practice of yoga.

The council is proposed to be set up in order to assure quality of service and avoid misinterpretation and misuse of the system. Besides, it will ensure that yoga institutions offer safe, reliable and quality medical healthcare. The council will be empowered to grant affiliation and accreditation to institutions teaching yoga as well as withdraw the same. 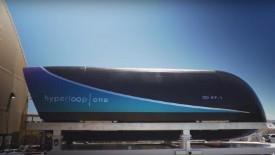 13 - Kerala to use robots to clean up manholes 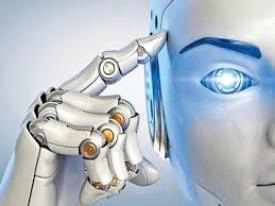 The Kerala state government, in a first of its kind move, is planning to deploy robots to clean sewer holes. The government had held a successful trial run of the robot. The project is supported by Kerala Water Authority (KWA).

The robots are developed by a startup company, Genrobotics. The robot is equipped with Wi-Fi, Blue Tooth and control panels has four limbs and a bucket system attached to a spider web looking extension to scoop out the waste from sewers. The robotic system is aimed at the complete elimination of manual scavenging. 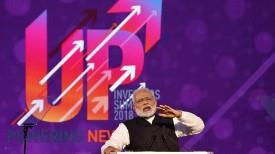 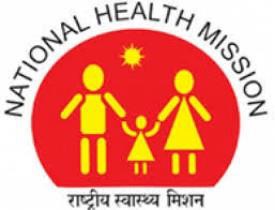 Assam ranks at the bottom of the list with regard to maternal mortality rate(MMR). The MMR of Assam is 300 against the national average of 167. Centre had allocated Rs 1,056.25 crore for Assam under National Health Mission (NHM) for 2017-18. However, the spending was just 13.58%.

MMR is the annual number of female deaths per 1,00,000 live births from any cause related to or aggravated by pregnancy or its management. The infant mortality rate(IMR) in Assam is 44 against the national figure of 37. 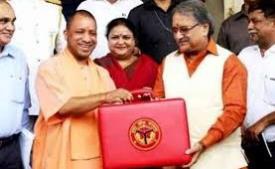 The UP state government presented a budget of over Rs 4.28 lakh crore which is 11.4% higher than last fiscal.

Some of the highlights:

The Maharashtra state government is all set to launch its “Asmita Yojana” on the ocassion of International Women’s Day on March 8. As a part of the scheme, girls in Zilla Parishad schools will get a sanitary napkin packet at Rs 5 while rural women can avail it at a subsidised rate of Rs 24 and Rs 29.

The beneficiary girls will be given “Asmita Cards”. The state government has appointed “Umed’- the Maharashtra State Rural Livelihood Mission, as a nodal agency for effective implementation of the scheme. 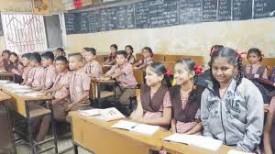 The Delhi government announced the launch of "Mission Buniyaad" for improving learning skills of children studying in state and municipal-run schools.

Under the programme which will run from April to June for Class 3 to 5 in Municipal Corporation of Delhi (MCD) schools and for Class 6 to 8 in government's schools, children will undergo a reading level assessment based on which they will be enrolled in specialised "Mission Buniyaad" classes. 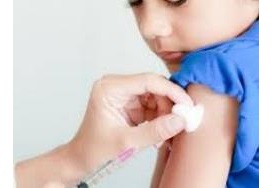 The Kerala state cabinet has approved a new draft health policy which has made vaccination certificate mandatory for admission to class-I from the next academic session with an aim to ensure that all children below the age of five are immunised.

The government has also decided to set up special clinics for transgenders in taluk and district-level hospitals. The new health policy also proposed a comprehensive trauma care facility at every 10 kilometre. 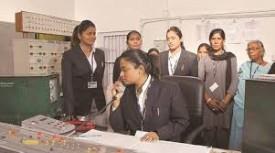 More than 50 trains pass through the station out of which 25 halt at the station. The station has footfall of more than 7,000 passengers every day.

21 - Mizoram to get first regional agricultural centre with Israeli collaboration 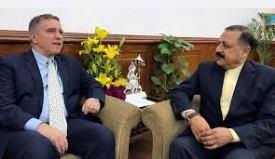 Mizoram will get a first of its kind regional agricultural centre in the North Eastern Region. The Centre for Agriculture was set up with Israeli collaboration with a cost of Rs 8-10 crore.

The centre is exclusively for processing of citrus fruits. The project has been set up with the tripartite collaboration of Ministry of Agriculture and Farmers Welfare, Government of India, Government of Israel and State Government of Mizoram. It will cater to the whole northeast. 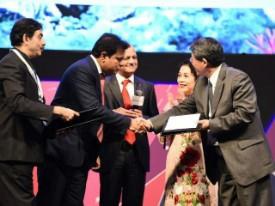 The Telangana Government has signed a Memorandum of Understanding (MOU) with Taoyuan City of Taiwan for better technology partnership in the state. The MoU was signed at the closing ceremony of the World Congress on Information Technology (WCIT) 2018.

The two sides have agreed to partner for mutual economic development. Government of Telangana and Taoyuan City will engage in economic exchange of technology companies that have operations in either Telangana or Taoyuan City.

23 - Second defence industrial corridor to come up in UP

Prime Minister Narendra Modi has announced that the government would establish a defence industrial production corridor in Uttar Pradesh at an estimated cost of Rs 20,000 crore. The corridor will link Agra, Aligarh, Lucknow, Kanpur, Jhansi and Chitrakoot. It will help create employment for 2.5 lakh people.

The first of the two corridors will be constructed between Chennai and Bengaluru, linking Kattupalli port, Chennai, Tiruchi, Coimbatore and Hosur. 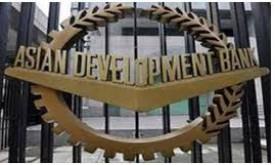 The Government of India and The Asian Development Bank (ADB) signed $84 million loan for improvement and expansion of water supply in Bhagalpur and Gaya towns in Bihar.

The tranche 2 loan is part of the $200 million multi-tranche financing facility (MFF) for the Bihar Urban Development Investment Program that was approved by ADB in 2012 to provide sustainable urban infrastructure and services in four towns in Bihar. The loan finances will support civil works subprojects and would benefit 1.1 million people and train 400 urban local body (ULB) staff in the management and operation and maintenance. 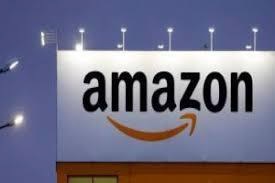 Khadi and Village Industries Board of Uttar Pradesh signed agreement with Amazon India to promote online sale of Khadi products via Amazon e-commerce website. This MoU will compel Amazon India to guide, train and enable rural khadi artisans to directly sell their products to Amazon.in customers. MoU will generate employment among Khadi artisans and make them comfortable with Digital initiatives in Khadi industry.

The sale of product portfolio online will include Khadi shirts, kurtas, dhotis, towels and gourmet food, as per the emerging demand in urban areas. 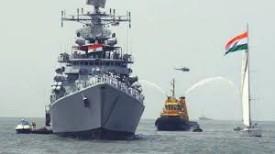 The Andaman & Nicobar Command will host a multinational mega event MILAN 2018. It is being held at Port Blair from 06 March to 13 March 2018. With the underlying theme of 'Friendship Across the Seas', MILAN 2018 will witness a diverse mix of professional exercises and seminars, social events and sporting fixtures.

The theme of this year’s MILAN International Maritime Seminar is ‘In Pursuit of Maritime Good Order - Need for Comprehensive Information Sharing Apparatus’. MILAN 2018 aims to showcase the rich heritage and pristine natural beauty of the Andaman and Nicobar Islands to the foreign visitors.

27 - West Bengal became first state to opt out of "ModiCare" 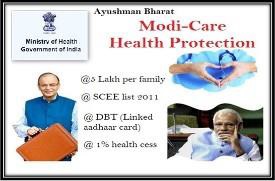 West Bengal Chief Minister Mamata Banerjee has announced the decision to opt out of Centre’s ‘Modicare’ scheme and the state thus became the first state to withdraw from the ambitious programme.