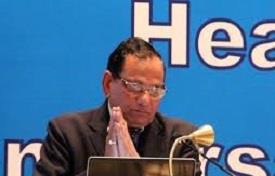 The World Health Organisation (WHO) has awarded the prestigious IhsanDoğramacı Family Health Foundation Prize to Dr Vinod Paul, Member, NITI Aayog in recognition to his services in the field of family health.

Dr Paul is the first Indian to receive this global honour. Dr Paul has played a key role in formulating national child health guidelines and programmes in the country. Prior to joining as Member, NITI Aayog, Dr Paul was head of the Department of Pediatrics at AIIMS, New Delhi.

The Indian Parliamentary Group has decided to confer Outstanding Parliamentary Awards on five members of parliament. The awardees were selected on the basis of their experience, debating skills, awareness of issues and the depth with which issues were raised.

3 - Modi conferred ‘Grand Collar of the State of Palestine’ 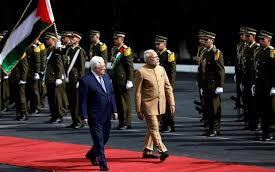 Prime Minister Narendra Modi was conferred the ‘Grand Collar of the State of Palestine’ by President Mahmoud Abbas, recognising his key contribution to promote relations between India and Palestine.

TThe Grand Collar is Highest order given to foreign dignitaries — Kings, Heads of State/Government and persons of similar rank. The previous awardeeds include King Salman of Saudi Arabia, King Hamad of Bahrain, President Xi Jinping of China, amongst others. 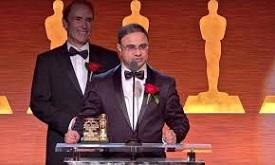 Vikas Sathaye has been awarded with the Scientific and Engineering Academy Award at the Oscars Scientific and Technical Awards 2018 for his contribution towards conceptualisation, designing, engineering, and the implementation of the 'Shotover K1 Camera System'.

The Shotover K1 Camera System is a camera mount that is used in aerial filming. It helps eliminate any vibration from reaching the camera and thus getting steady footage.

The 71st British Academy Film Awards, more commonly known as the BAFTAs, were held at the Royal Albert Hall in London. The key winners are:

The key winners are: