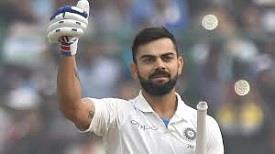 West Indies captain Jason Holder has consolidated his position at the top of the all-rounders' list. Among the bowlers, Jasprit Bumrah is the highest-placed Indian at the fifth position. Pat Cummins of Australia topped the bowler's list followed by South Africa's Kagiso Rabada. 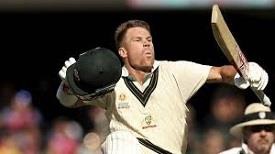 Australian opener David Warner hit a triple century during the second Test against Pakistan in Adelaide. Warner scored an unbeaten 335. With this, he joined an elite group of 10 players to reach the milestone.

Warner passed Sir Donald Bradman and Mark Taylor's mark of 334. Former opening batsman Matthew Hayden has the highest Test score by an Australian with his 380 not out against Zimbabwe in 2003. West Indies great Brian Lara is the current world record holder with his unbeaten 400 against England in 2004. 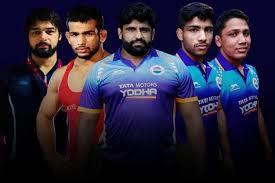 New Zealand's outstanding display, both on and off the field, in the epic ICC Men's Cricket World Cup 2019 final at Lord's has earned them Christopher Martin-Jenkins Spirit of Cricket award for 2019. New Zealand players were awarded for their level of sporting conduct that was fitting for such a fantastic final.

Christopher Martin-Jenkins Spirit of Cricket award was created in 2013, in memory of Martin-Jenkins, the former MCC president and BBC Test Match Special commentator, to honour his longstanding passion to see the game played in the right spirit.

Lionel Messi won a record-breaking sixth Ballon d'Or. In 54 appearances of 2019, Messi managed an astonishing 46 goals and 17 assists while for Barca alone he hit 41 goals and 15 assists in 44 matches, which included seven doubles and three hat-tricks. 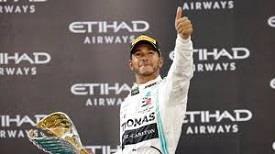 The other key winners are:

The World Anti-Doping Agency, WADA, banned Russia for four years, from participation in global sporting events, including the 2020 Tokyo Olympics and the 2022 Beijing Winter Olympics. WADA accused Moscow of falsifying data from an anti-doping laboratory.

The Russian flag and national anthem have also been banned in global events. The independent McLaren report released in 2016 revealed the significant extent of state-sponsored doping in Russia, notably between 2011 and 2015. 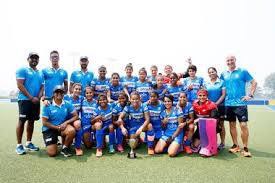 The Indian junior women's team won the three-nation hockey tournament. The Indian team finished top on the point table, with seven points from four matches. They were ahead of Australia on goal difference. New Zealand finished third. 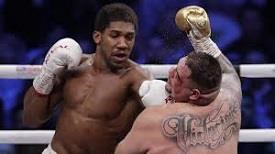 Britain's Anthony Joshua reclaimed his world heavyweight crown from Andy Ruiz. Joshua had suffered a stunning knockout defeat to Ruiz in New York in June 2019. He produced a masterclass performance to regain his IBF, WBA and WBO titles in emphatic fashion at Ad Diriyah in Saudi Arabia.

The fight was billed as the Clash on the Dunes. Joshua had previously held the WBA (Super), IBF, WBO, and IBO titles between 2016 and June 2019. Joshua is ranked as the world's best active heavyweight by BoxRec. 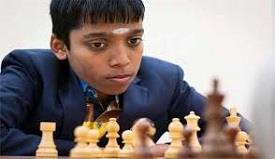 Recently, R. Praggnanandhaa became the World Youth Champion under-18 when he crossed the live rating of 2600 by winning the super strong Xtracon Open in Denmark. Praggnanandhaa will feature upcoming event at the Sunway Open in Sitges, Spain. 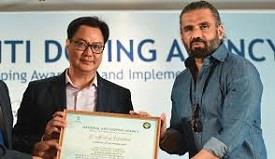 Actor Suniel Shetty was selected as the brand ambassador of National Anti-Doping Agency NADA. Since the World Anti Doping Agency had suspended India’s National Anti Doping Lab on the account of non-compliances with the International Standard for Laboratories (ISL), Indian athletes’ fear of doping tests to be carried out outside India.

More than 150 athletes failed dope tests in 2019, out of which bodybuilders make up more than one-third of these offenders. Suniel Shetty’s celebrity status will help keep sports clean and deter the players from the menace. 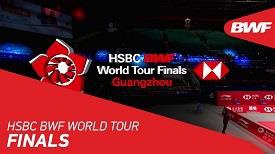 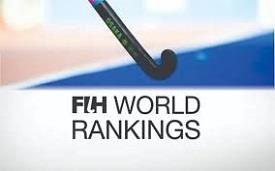 The International Hockey Federation (FIH) unveiled a new world ranking system for 2020 in Lausanne, Switzerland. It will come into effect from January 2020. For a better reflection of current performances, the new ranking will be match-based instead of tournament-based calculation.

The outgoing world ranking system was in existence since 2003. It was originally devised to allocate teams into pools at tournaments. The old model allowed nations to earn ranking points two to three times per year. 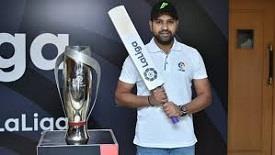 The English Premier League is the most followed competition in India, while Bundesliga and Serie A are also making efforts to capture the attention of Indian audiences. 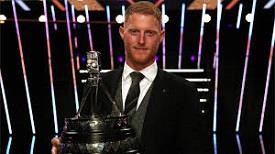 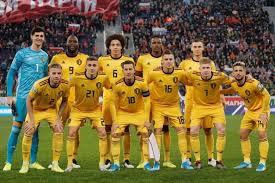 Belgium was crowned FIFA 'Team of the Year' for the second successive time. Red Devils team was on top spot. World champions France remained in the second place ahead of Brazil in third, England at fourth position and Uruguay moved up to fifth on the back of a two-spot rise. China dropped one place to 76th.

Qatar was ranking's Mover of the Year. Qatar jumped a year-high 38 places, followed closely by fellow climbers Algeria (up 32 ranks) and Japan (up 22 places). 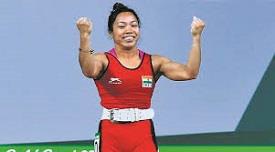 Abhinav Lohan won the PGTI title. It was Lohan's first title on the TATA Steel PGTI and second win of the year as he had also emerged victorious at the PGTI Feeder Tour event in Lucknow. Chandigarh's Karandeep Kochhar finished runner-up. M Dharma and Rahil Gangjee took third and fourth places. 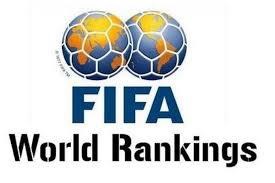 The Indian men's football team remained static at 108th spot in the year-ending FIFA rankings. India, however, lost 11 places throughout the year. With 1187 total points, India is placed at 19th spot among Asian countries headed by Japan 28th.

2018 World Cup runners-up Belgium ended on top for the second successive year. World champions France remained in second place ahead of Brazil. England was fourth while Uruguay moved up to fifth spot.

Sweden won the U-17 Women's Football Tournament as they beat hosts India 4-0 in the final played at the Mumbai Football Arena. The Tri-nation tournament was organised by AIFF as preparation for the upcoming 2020 FIFA U17 Women’s World Cup hosted by India. The third nation to participate was Thailand.

The award-winners at the end of the tournament are as follows: 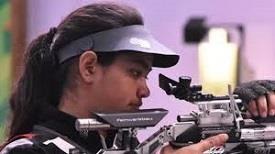 Other recepients were as follows: 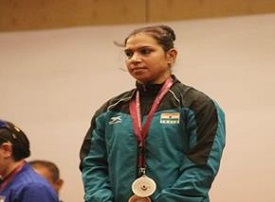 Indian weightlifter Rakhi Halder created two new national records on her way to a bronze medal in the women's 64kg weight category at the Qatar International Cup. The Commonwealth Championship gold medalist obliterated the senior national record in both snatch and total lift with her personal best effort of 218kg (95kg in snatch + 123 kg in clean and jerk).

At the Commonwealth Championship in June, Halder had clinched the gold with a combined effort of 214kg (94kg+120kg). 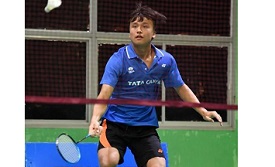 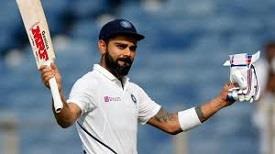 Indian skipper Virat Kohli finished as the top ranked batsman in the latest ICC Test rankings issued for 2019. With 928 points, Kohli was 17 points ahead of Australia's Steve Smith who occupied the second spot followed by New Zealand skipper Kane Willamson at number three with 864 points. Cheteshwar Pujara retained his fourth place but Rahane slipped to seventh.

Jasprit Bumrah retained his sixth spot in the list headed by Australia's Pat Cummins. In the ICC World Test Championship, India topped with 360 points followed by Australia at 2nd place and Pakistan at 3rd place. 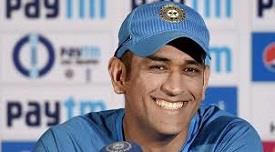 31 - Virat Kohli named in Wisden cricketers of the decade list 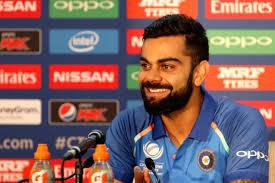 Indian skipper Virat Kohli has been named in the Cricketers of the decade list alongside four others by the Wisden Cricketers' Almanac. Apart from Kohli, South African duo of Dale Steyn and AB de Villiers, Australia's Steve Smith and women's all-rounder Ellyse Perry also found a place in the list of five cricketers of the decade.

Kohli, who has scored 5,775 more international runs than anyone else in the last 10 years, has been the best batsman over the last decade. He is also third in the list of leading run-scorers of all time behind Ponting and Tendulkar.