ISRO desires development of high end technology in collaboration with IITs in the areas of Space Science, Space Technology and Space Applications. ISRO would fund the identified projects. 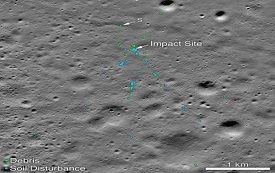 A NASA satellite orbiting the Moon has found India's Vikramlander which crashed on the lunar surface in September. NASA released an image taken by its Lunar Reconnaissance Orbiter, LRO that showed the site of the spacecraft's impact and associated debris field.

NASA released a mosaic image of the site on 26th of September and invited the public to search it for signs of the lander. A person named Shanmuga Subramanian contacted the LRO project with positive identification of debris. 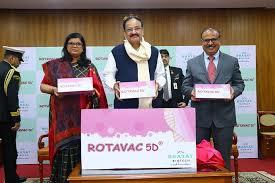 Vice President M Venkaiah Naidu launched the new Rotavirus vaccine - ROTAVAC-5D® designed and developed by Bharat Biotech in New Delhi. ROTAVAC is an example of innovation that was realized through a partnership between scientists from India and the USA. It was done with an aim of protecting the health of each and every children and ending morbidity and mortality in children caused due to diarrhoea by 2022.

The first generation, Rotavirus vaccine, ROTAVAC developed by Indian Department of Biotechnology has put India on the global map for setting new standards in pharmaceutical R&D. 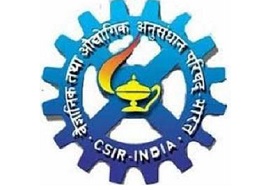 CCRAS (Central of Research in Ayurveda Sciences) had developed the AYUSH82 formulation for diabetes through scientific process of drug development and commercialized through National Research Development Corporation (NRDC) for wider public utility. CCRAS has been engaged in extending research oriented Ayurveda based on integrative health care services for the management of Madhumeha which is Diabetes Mellitus. 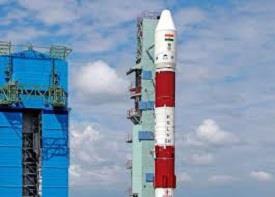 RISAT-2BR1 is a radar imaging earth observation satellite weighing about 628 kg. The satellite will provide services in the field of Agriculture, Forestry and Disaster Management. The mission life of RISAT-2BR1 is 5 years. The nine customer satellites of Israel, Italy, Japan and USA were launched under a commercial arrangement with New Space India Limited (NSIL). 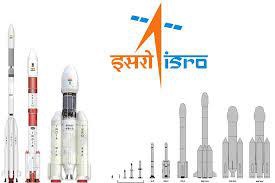 Indian Space Research Organization (ISRO) has begun preparatory works for setting up a third rocket launchpad in the small coastal hamlet of Kulashekhrapattinam in the Thuthukudi district of Tamil Nadu.

At present, the Indian Space Research Organization (ISRO) has two launch pads at Sriharikota in Andhra Pradesh. The demand for additional launch pads has arisen as a result of the increase in the number of satellite launches from India, both for domestic and international customers.

A barajeel is a wind tower used to direct the flow of the wind so that air can be recirculated as a form of air conditioning. The star was named so to honor the efforts and contributions of the Emirate of Sharjah to the global scientific community. The China-Brazil Earth Resource Satellite-4A (CBERS-4A), a new satellite jointly developed by China and Brazil as part of a bilateral programme, was recently launched into space on a Long March-4B rocket in the northern Chinese province of Shanxi. CBERS-4A is meant to support the Brazilian government’s monitoring of the Amazon rain forest and changes in the country’s environment. 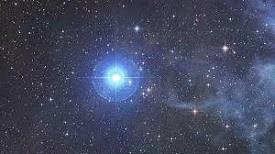 International Astronomical Union announced to name a yellow white star in Sextans constellation as Bibha. It is named after Indian Woman Scientist DrBibha Choudhury, who discovered subatomic particle, pi-meson, Bhibha also means “a bright beam of light” in Bengali. Jupiter like exo-planets in Sextans constellation were named Santamasa to reflect the cloudy nature of its atmosphere. Santamasa is the Sanskrit term for “clouded.

The star and exo planets were named through a global contest called `Name Exo Worlds’. Around 7,80,000 people participated worldwide to propose and select names for each exo planet and its host star. 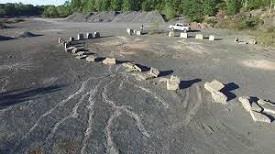 Scientists discovered the remnants of world’s oldest fossil forest- an extensive network of trees around 386 million years old in a sandstone quarry in United States (US). The forest, found in the town of Cairo, would have spanned from New York to Pennsylvania and beyond.

The 385-million-year-old rocks contain the fossilized woody roots of dozens of ancient trees. The trees that grew a few tens of millions of years after the Cairo forest have had an indirect impact on the modern climate. 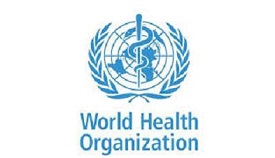 World Health Organization launched its first biosimilar medicine named as trastuzumab to treat breast cancer. Breast cancer is the most common form of cancer in women. WHO has launched the medicine so that this expensive, life-saving treatment can become more affordable to women worldwide.

Trastuzumab, a monoclonal antibody was included in the WHO Essential Medicines List in 2015 as an essential treatment for about 20% of breast cancers. Trastuzumab has high efficacy in curing early stage breast cancer and in some cases more advanced forms of the disease.

Ethiopia launched its first satellite, a landmark achievement for the country's space program that caps a banner year for the African space industry. The launch of the Ethiopian Remote Sensing Satellite (ETRSS) took place at a space station in China.

This was the eighth launch of an African satellite this year, topping the previous record of seven in 2017. The launch makes Ethiopia the eleventh African country to put a satellite into space. Egypt was the first in 1998.