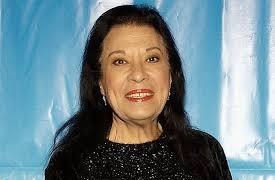 Hollywood actress Shelley Morrison passed away. Shelley Morrison was famously known for playing a memorable maid named as ‘Rosario Salazar’ on “Will and Grace” show from 1999 to 2006. “Will & Grace” show won Screen Actors Guild award for best ensemble in a comedy series.

In her 50 years of career, she played Sister Sixto, a nun on the sitcom The Flying Nun, a recurring role in the soap opera General Hospital in 1982 and in movies such as Divorce American Style and How to Save a Marriage and Ruin Your Life. 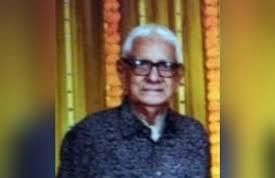 Baskar Menon, famous journalist in the Press Trust of India (PTI) passed away at the age of 87 years. He retired as Regional Manager (South) of PTI after handling several key news developments including the assassination of former PM Rajiv Gandhi. He was known for his rules of good writing, for his command over the English language and sharp editing skills and always insisted on speed and accuracy.

Bhaskar worked with the Indian Express, for Sun News in its English desk and for Chennai online after his tenure with PTI.

George J. Laurer, whose invention of the Universal Product Code at IBM transformed retail and other industries around the world, passed away at the age of 94 years.

Laurer was an electrical engineer with IBM in North Carolina’s Research Triangle Park in the early 1970s when he spearheaded the development of the UPC, or bar code.

The now-ubiquitous marking, composed of unique black bars and a 12-digit number, allowed retailers to identify products and their prices as they are scanned, usually at checkout. 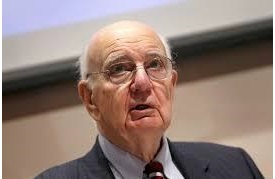 Former chairman of the Federal Reserve, Paul Volcker passed away. He was known for his battles against inflation in the late 1970s and early 1980s by raising interest rates. Later he inspired tough Wall Street reforms in the wake of the global financial crisis.

Volcker served as key financial adviser to President Barack Obama in 2009. His publication “Keeping at It: The Quest for Sound Money and Good Government,” expressed concern about the direction of the federal government and the loss of respect for it. 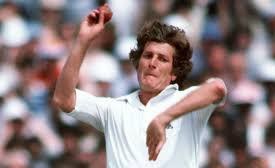 Former England captain and broadcaster, Bob Willis, passed away. He took 325 wickets in 90 Tests from 1971 to 1984. He was known for his best 8-43 to help England to a famous win over Australia at Headingley in the 1981 Ashes.

Bob served as a captain in 18 Tests and 29 one-day internationals before his retirement from all forms of cricket in 1984. He worked as summariser on BBC TV before joining Sky Sports as a commentator in 1991. He was honored with Wisden Cricketer of the Year in 1978. 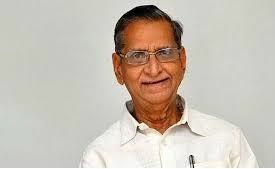 Telugu writer and actor Gollapudi Maruti Rao passed away at the age of 80 years. He worked in nearly 250 films over 56 years. Gollapudi branched into films as a screenwriter with late Akkineni Nageswara Rao-starrer Dr Chakravarthy (1964), which fetched him his first Nandi Award. 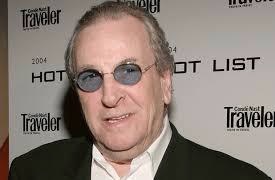 Veteran film actor Danny Aiello passed away. He was known for his roles in the movies Do The Right Thing, Moonstruck in 1987 and The Godfather Part II. He earned praises for playing the pizza parlour owner Sal in Spike Lee's 1989 Do the Right Thing.

Danny was nominated for an Academy Award for Best Supporting Actor for his role as Salvatore "Sal" Frangione in the Spike Lee film Do the Right Thing. He was honored with National Board of Review Award for movie Prêt-à-Porter and Emmy award for movie ABC Afterschool Special. 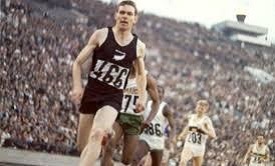 New Zealand’s three-times Olympic middle-distance champion Peter Snell passed away. He was known for being the last male athlete to have completed the 800m and 1500m double at an Olympic Games, which he achieved in Tokyo in 1964. He was known as the New Zealand's greatest athlete of the century in 2000.

Peter was mile world record holder and also claimed 800m gold four years earlier in Rome. He won three Olympic gold medals, and is the only male since 1920 to have won the 800 and 1500 metres at the same Olympics in 1964. 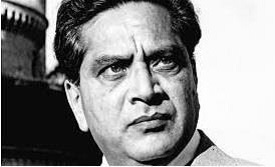 Famous Bollywood actor Shreeram Lagoo passed away. He was known for his roles not only in Marathi plays such as “Natsamrat” and “Himalayachi Saoli” but also in Hindi movies such as Pinjra, Gharonda, Lawaris and Ek Din Achanak. His efforts were recognized in growth of theatre movement in Maharashtra in the post-Independence era.

Shriram Lagoo acted in over 100 Hindi and Marathi films and in more than 40 Marathi, Hindi and Gujarati plays. He was associated with Maharashtra Andhashraddha Nirmoolan Samiti (ANS). 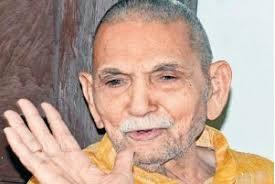 Former Union Minister ID Swami passed away. He served as Union Minister of State for Home Affairs in 1999 in former Prime Minister Atal Bihari Vajpayee's government and was two times Lok Sabha member from Karnal in Haryana. He was known for participating in freedom movement as student leader in 1946-47.

I.D. Swami was Scholarship holder from class 4th to 10th which was cancelled by the then British Government for having led a procession of students against the famous Red Fort trials of Shahnawaz, Dhillon and Sehgal of INA. 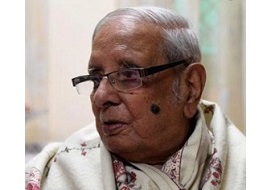 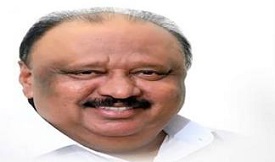 Nationalist Congress Party's Kerala State President and former Minister Thomas Chandy passed away at the age of 72 years. The businessman-turned politician represented Kuttanad Assembly constituency in Alappuzha district. Chandy was elected from Kuttanad thrice with his maiden win coming in 2006.

Chandy, who started his political career as a Congress worker, became active in social activism with is works for the Daveedputhra Charitable Trust. He became part of the NCP after the merger of the now-defunct DIC with Sharad Pawar's party. 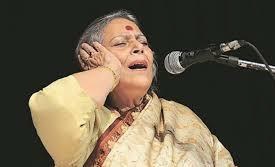 Renowned Hindustani classical vocalist Vidushi Savita Devi has passed away. She was famously known for her thumris. She wrote the biography of her mother Siddeshwari Devi, called as ‘Maa…Siddheshwari’. She was recipient of the Padmashri award.

Vidushi Savita was appreciated for her various semi classical vocal forms such as thumri, dadra, chaiti, kajri and tappa of the Banaras Gharana (Purabang). She headed the music department at Daulat Ram College under Delhi University for many years. 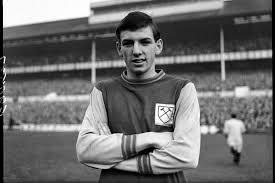 Martin scored 100 goals in 364 appearances for West Ham before moving across London to join Tottenham Hotspur in 1970. He was honored with MBE for services to football in 1978 and European Cup-Winners' Cup in 1964–65. Peters published his autobiography, ‘The Ghost of 66’ in 2006. 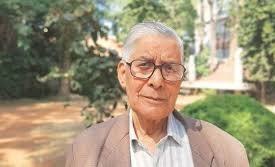 Renowned Hindi author Ganga Prasad Vimal passed away. He penned down more than a dozen poetry collections, short story collections and novels. Some of his best poetries were Bodhi Vriksh, Alikhit-Adikhat, Pachaas Kavitayen etc. He was awarded Doctor of Philosophy and University Fellowship of Punjab University. 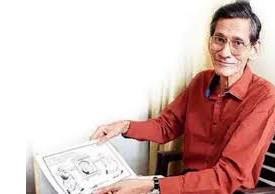 Veteran Political cartoonist Vikas Sabnis passed away. He had completed 50 years of illustrious career in 2018. Sabnis has worked as a staff cartoonist at various newspapers, including the Times of India and the Mid-day. He made caricatures and political cartoons on various subjects and issues.

Sabnis made poignant comments on the socio-political developments through his cartoons. He idolised cartoonists R K Laxman and Shiv Sena chief Bal Thackeray. 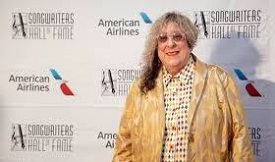 American songwriter Allee Willis passed away. Allee Willis, wrote the famous song ‘I Will Be There For You’ for the famous TV sitcom Friends. She composed some of the hits such as Neutron Dance, What Have I Done To Deserve This?, Lead Me On and Boogie Wonderland and You're The Best, which is the theme track of The Karate Kid.

Willis was included in the Songwriters Hall of Fame in 2018. She won Grammy award twice and was nominated for a Tony and an Emmy.

18 - ‘Colours of the Mountain’ author Da Chen passed away 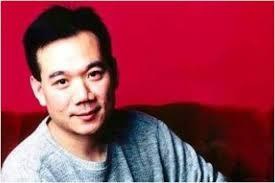 China's brilliant storyteller Da Chen passed away. Chinese author Da Chen’s some of the best works include Brothers, China's Son, Sounds of the River, Sword, and critically acclaimed memoir Colors of the Mountain. In 1999, Da Chen’s best-selling “Colors of the Mountain, book detailed about the abuses he and his family suffered during the latter years of the China’s Cultural Revolution.