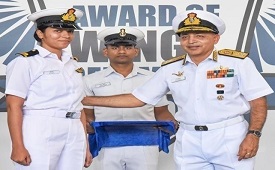 SLt Shivangi was inducted into the Indian Navy under the Short Service Commission (SSC)-Pilotentry scheme, and was part of the 27th Naval orientation course (NOC) at the Indian Naval Academy, Ezhimala. She will continue her training at INAS 550, the Dornier squadron at INS Garuda, to become a fully operational pilot on Maritime Reconnaissance (MR) aircraft. 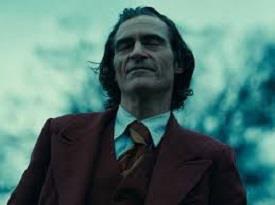 'Joker' fame Joaquin Rafael Phoenix, American actor from California, was named 2019 Person of the Year by People for the Ethical Treatment of Animals (PETA). PETA honored Joaquin Phoenix for helping create films, billboards and videos that wake people up; for loudly protesting against cruelty and quietly comforting animals during their last moments on Earth. He served as a living example of the end of speciesism.

People for the Ethical Treatment of Animals (PETA) is the largest animal rights organization in the world.

Tennis legend Roger Federer will become the first living person in Switzerland to have a coin minted in his honour. The Federal Mint, Swissmint, has created a 20-franc silver coin bearing Federer's image. It's the first time in its history that Swissmint created a commemorative coin to honour a living legend. Prior to this, Federer was pictured on a special edition stamp released in 2007 by Swiss Post in Basel.

The picture on coin shows Roger playing a single-handed backhand on the “head” side bearing a legal face value of 20 Swiss francs. 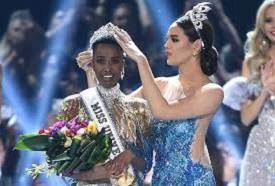 She is the third woman from South Africa to win the title, and the first black woman since Leila Lopes was crowned Miss Universe 2011. A total of 90 countries participated in this year's contest, which was hosted by Steve Harvey. 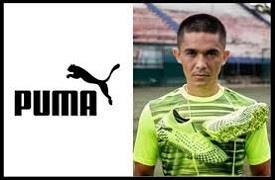 German sportswear giant Puma signed Sunil Chhetri, captain of the Indian national football team and Bengaluru FC, as its new brand ambassador. Chhetri, who is the most-capped player and six times winner of AIFF Player of the Year, signed a three-year deal with Puma.

Sunil Chhetri, all-time top goal scorer for the Indian team was honored with Arjuna award in 2011 and Padma Shri in 2019. Puma SE, branded as Puma, is a German multinational company that designs and manufactures athletic and casual footwear, apparel and accessories. 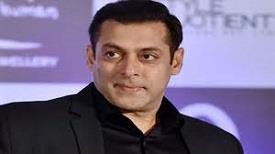 Prior to this, actor endorsed PepsiCo’s Mountain Dew drink. Pepsi brand will launch brand’s ‘HarGhoont Mein Swag’ proposition with Salman in 2020. Previously, actor has been the face of rival Coca-Cola’s popular ThumsUp brand for years. 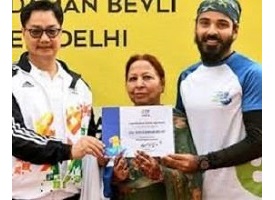 Union State Minister Kiren Rijiju felicitated Ripu Daman Bevli, popularly known as the Plogman of India and named him the Plogging Ambassador of India, at the event of 50th Fit India Plogging Run.

Plog Run is a unique way of picking up garbage while jogging and was added to the Fit India Movement as a unique way of combining cleanliness and fitness. Bevli and his team have cleaned up 50 cities and covered over 1000km in about 2 months, collecting 2.7 tonnes of garbage.

8 - Greta Thunberg named Time Person of the Year for 2019

Greta Thunberg, the Swedish schoolgirl who inspired a global movement to fight climate change, has been named Time magazine's Person of the Year for 2019. At 16 years of age, she is the youngest person to have ever received the accolade.

Thunberg was lauded by Time for starting an environmental campaign in August 2018 which became a global movement, initially skipping school and camping out in front of the Swedish parliament to demand action. 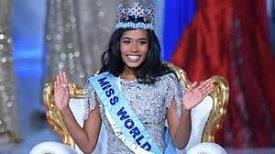