The United Nations' (UN) International Day of Persons with Disabilities is observed annually on December 3rd to focus on issues that affect people with disabilities worldwide.

The United Nations' (UN) World AIDS Day is observed annually on December 1st to honor AIDS victims. It also focuses on issues surrounding HIV and AIDS. The day is observed often with education on AIDS prevention and control.

The theme of this year's World AIDS Day is "Communities make the difference". The theme focusses on the essential role that communities have played and continue to play in the AIDS response at the international, national and local levels. 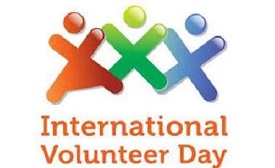 The United Nations (UN) annually observes the International Volunteer Day for Economic and Social Development on December 5. The theme for 2019 was ‘Volunteer for an inclusive future’. The day is viewed as a unique chance for volunteers and organizations to celebrate their efforts, to share their values and to promote their work among their communities.

United Nations Volunteers (UNV) programme contributes to peace and development by advocating for the recognition of volunteers and working with partners to integrate volunteerism into development programming. 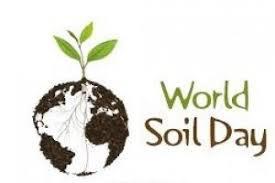 World Soil Day (WSD) is held annually on 5 December as a means to focus attention on the importance of healthy soil and advocating for the sustainable management of soil resources. An international day to celebrate Soil was recommended by the International Union of Soil Sciences (IUSS) in 2002.

The theme for 2019 was "Stop soil erosion, Save our future". World Soil Day 2019 (#WorldSoilDay) and its campaign based on the theme is envisaged to raise awareness on the importance of sustaining healthy ecosystems.

5 - International Day for the Abolition of Slavery 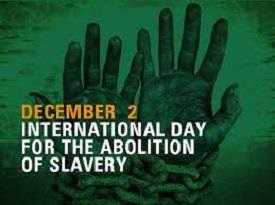 International Day for the Abolition of Slavery is celebrated on 2 December to raise awareness of the atrocities of modern slavery. The day highlights the importance of eradicating contemporary forms of slavery including trafficking in persons, sexual exploitation, child labour, forced marriage, etc.

The day marks the date of the adoption, by the General Assembly, of the United Nations Convention for the Suppression of the Traffic in Persons and of the Exploitation of the Prostitution of Others. 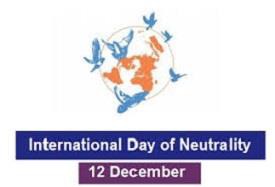 Every year on December 12th, the International Day of Neutrality promotes the importance of peaceful, friendly, and mutually beneficial relations between countries. Neutrality is defined as the legal status arising from the abstention of a state from all participation in a war between other states.

UN General Assembly declared 12 December as International Day of Neutrality, and called for marking the day by holding events aimed at enhancing public awareness of the value of neutrality in international relations. 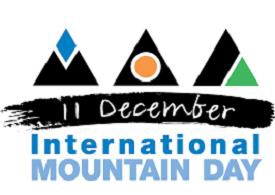 December 11, "International Mountain Day", was designated by the United Nations General Assembly in 2003. The General Assembly "encouraged the international community to organize events at all levels on that day to highlight the importance of sustainable mountain development."

'Mountains matter for Youth' was the theme of this 2019 International Mountain Day. Theme highlights that youth will take the lead and demand that mountains and mountain peoples become central in the national and international development agendas.

International Anti-Corruption Day has been observed annually, on 9 December, since the passage of the United Nations Convention against Corruption on 31 October 2003 to raise public awareness for anti-corruption. 2019 campaign, Zero Corruption - 100% Development, reinforced the idea that development can thrive only when societies tackle the root causes of corruption.

The campaign aims to bring together people from all walks of life in the fight against corruption, serving as a global call for action and raising awareness about the UN Convention against Corruption.

On 12 December 2017, the United Nations has proclaimed “12 December” as the International Universal Health Coverage Day (UHC Day) by its resolution 72/138. The theme of 2019 was "Keep the promise.” 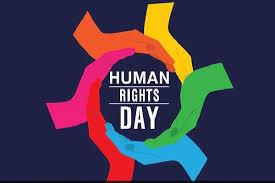 The theme of 2019 Human Rights Day was ‘Youth Standing Up for Human Rights’. It aims to celebrate the potential of youth as constructive agents of change, amplify their voices, and engage a broad range of global audiences in the promotion and protection of rights. 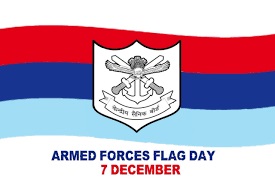 Armed Forces Flag Day is being observed annually on 7 December throughout the country to honor the martyrs and the men in uniform who valiantly fought on our borders to safeguard the country's honor. December 7 marks the annual Armed Forces Flag day in India since 1949.

The day is also dedicated towards collection of funds from people for welfare of Indian Armed forces personnel and to commemorate the soldiers, airmen and sailors of the armed forces for their yeomen services.

In September 2015, the United Nations General Assembly established 9 December as the International Day of Commemoration and Dignity of the Victims of the Crime of Genocide and of the Prevention of this Crime. 2019 marked the 70th anniversary of the Convention.

The purpose of the day is to raise awareness of the Genocide Convention and its role in combating and preventing the crime of genocide, as defined in the Convention, and to commemorate and honour its victims. The day pays tribute to the victims of the horrendous crime of genocide. 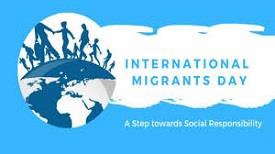 The theme of 2019 was Migration and SDGs: ASEAN and Beyond: A Pathway to 2030 Agenda: Episode II’. It is celebrated through the dissemination of information on human rights and fundamental political freedoms of migrants. 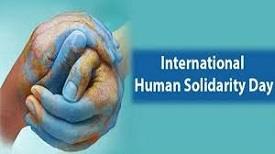 On 20 December of every year, International Human Solidarity Day is celebrated by United Nations General Assembly. The objective of this celebration is to remind people on the importance of solidarity in working towards eradicating poverty. The major objectives are to eradicate poverty and promote human and social development in developing countries, specifically among the poorest segments of their populations.

It is a day to remind governments to respect their commitments to international agreements, a day to raise public awareness of the importance of solidarity and a day of action to encourage new initiatives for poverty eradication. 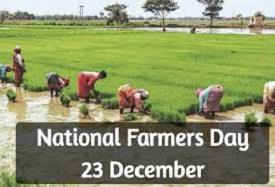 Kisan Diwas or National Farmers’ Day was observed across India on December 23, in the honor of Chaudhary Charan Singh, the 5th Prime Minister of India who was born on this day. Chaudhary Charan Singh not only introduced a slew of policies to improve the lives and conditions of farmers in the country but also played a leading role in the agricultural sector of the country by introducing bills for farmers’ reforms.

Kisan Diwas is being celebrated every year to promote awareness among people about the importance of the farmers and overall economic development of the country. 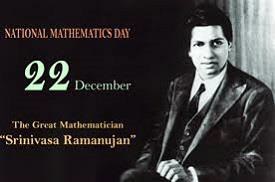 The National Mathematics Day is observed annually on the 22nd December on the birth anniversary of the great Indian Autodidact Mathematician Srinivasa Ramanujan. He was considered as the master of the number theory, infinite series, mathematical analysis and equations without any formal training in pure mathematics. He had formulated more than 3900 mathematical results and equations.

The main objective behind the celebration of National Mathematics Day is to make people aware of the development of mathematics and its importance in the growth of humanity. 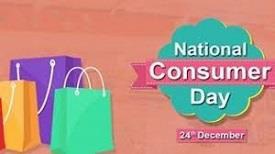 National Consumer Day observed on Dec 24. The objective is to highlight the importance of the consumer movement and the need to make every consumer more aware of their rights and responsibilities. The theme of 2019 was “Timely Disposal of Consumer Complaints”.

On this day the Consumer Protection Act, 1986 was enacted. The Act aims to provide consumers with effective safeguards against different types of exploitation, such as defective goods, deficiency in services and unfair trade practices. 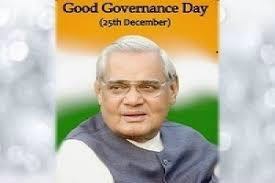